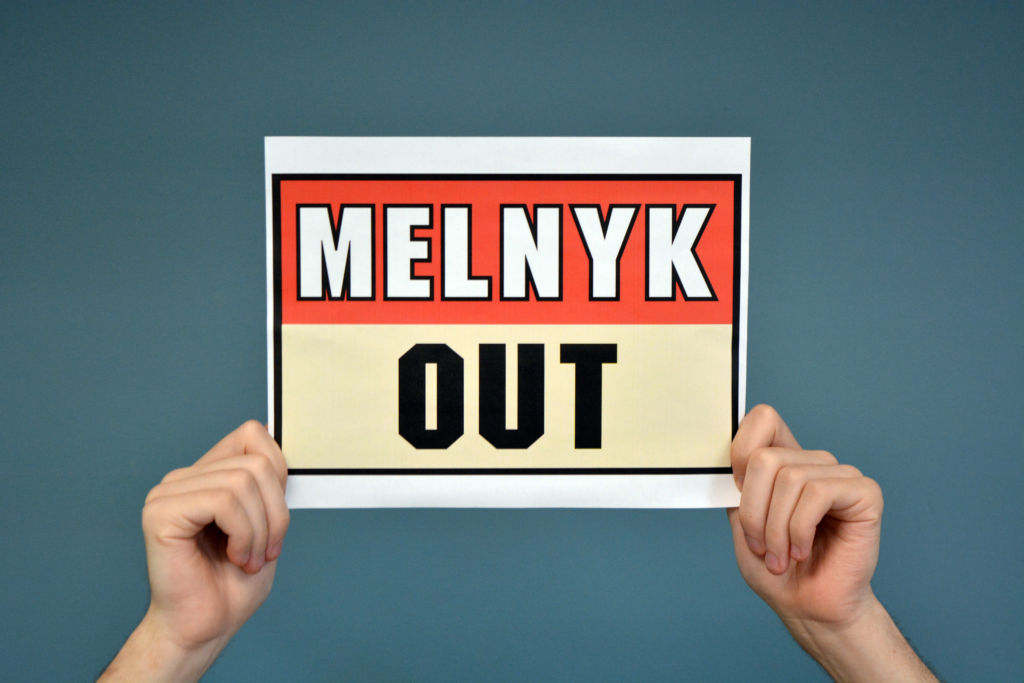 Ben O’Brien vows that he will not attend another NHL game until things are sorted out with Ottawa Senators owner Eugene Melnyk. O’Brien, a mechanical engineering student at Durham College and originally from Ottawa, is dismayed at how things have recently unravelled between Melnyk and the fanbase.

“With the situation that’s unfolded very publicly over the past few months it’s been hard to be a hardcore fan of this team,” says O’Brien.

Many are calling for Melnyk to sell the Sens, who are currently second last in the Eastern Conference. Last week, the notorious owner sent an open letter to Sens season-pass holders and fans speaking to the renewal of the team and reminiscing on successful years the Sens have seen.

“One challenging year does not define our team,” writes Melnyk. “And, if anything, the commitment to re-establish our great franchise and reclaim our place atop the NHL standings should unite all Senators fans, partners and season-seat members. Now is the time for us to focus on the future, rather than dwelling on a difficult season.”

For O’Brien, the letter simply wasn’t enough and it isn’t close to making things better for the fanbase. Ultimately, O’Brien is most bothered by Melnyk’s behaviour and comments before the NHL 100 Classic about the possibility of the team’s relocation, his shots taken at fans and saying a new downtown arena might never happen.

“Me and my family aren’t going to another game as long as Melnyk is running this franchise. It’s sad that it’s come to this point,” says O’Brien. “Most of my family have been diehard fans since the beginning. This team has so much potential but with Melnyk around, this team will never hit its true potential.”

O’Brien certainly isn’t alone in his frustration. Josh Primeau, a second-year radio broadcasting student at Algonquin College is one of many upset over Melnyk’s antics, particularly with how Melnyk has involved himself in the team.

“I’ve never seen an owner get so implicated in the team’s operations,” says Primeau. “I understand that he is ultimately the owner of the franchise and that he does get the final say, but I don’t think he should automatically have a say in what’s going on.”

Primeau used the examples of how Melnyk hired general manager, Pierre Doiron, and head coach, Guy Boucher, to make decisions that are best for the Sens.

“I imagine as a general manager or a head coach, it can be pretty frustrating having the owner tell you how to do your job,” says Primeau. “I think that Melnyk has done some great things for this franchise, but I also think that he doesn’t do what’s best for the team and that he only does what’s best for his wallet.”

Primeau notes that every time the Sens get a big name player, like Alfie, Heatley, Spezza and now, Karlsson, conflicts arise. He, along with many other fans, is ready to see a new owner step in.

“I think it’s maybe time for new ownership in Ottawa.”

It’s a feeling many share and some are taking action to help make it happen. Ryan Mance, who was born and raised in Ottawa, was confronted by fellow fans who wanted to talk about the sign he was holding at a recent Vancouver versus Colorado game in Vancouver. It read: #MelnykOut. The hashtag has been all over social media thanks to several campaigning efforts.

“I saw that #MelnykOut was becoming a rallying cry for fans,” says Mance. “I got lucky with front-row seats to a game in Vancouver last week and decided, why not? Let’s do a sign. At worst it gets confiscated, at best it gets some attention. It ended up getting attention.”

Mance joined forces with Spencer Callaghan, a devoted fan who has been receiving a lot of attention thanks to his GoFundMe page. The campaign page says, “This money will go towards an awareness campaign to let Eugene Melnyk know that we have had enough. We are planning a billboard, a full-page open letter from fans and social advertising.”

The two fans figured that combining their funds, rather than competing against each other for financial support, would be productive. In under a week, the page had surpassed $10,000 from more than 400 supporters.

“We felt combining the efforts into one joint cause was better,” says Mance. “It allows us to cooperate and build a unified brand that all fans can embrace. Spencer definitely runs the show and I run support, especially for people out of town.”

Mance’s thoughts regarding the campaign?

Mance and Callaghan are trying to raise awareness everywhere they can. They’ve made sign graphics free for download so that fans can hold them at any game they happen to attend. One of the great things Mance appreciates about the campaigning is the passion people have over “fixing the Sens.”

“It’s an issue people really care about,” says Mance. “The Senators are part of the Ottawa community. We don’t want to see the face of the franchise traded. We don’t want to be a laughingstock. We want to get back to where we were in 2017. We want the city to embrace the team again. And unfortunately, that means we need a change at the very top.”