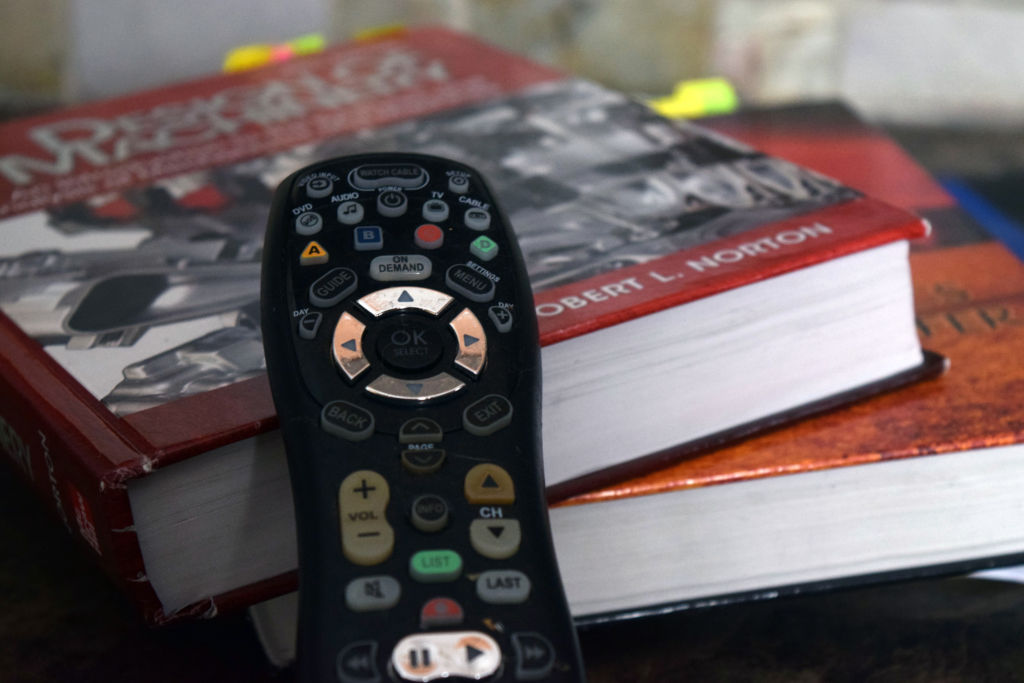 I remember when my fifth-grade teacher would roll in the – seemingly immortal – television-VHS set and pop in an “educational film” for us to watch. Classmates would exchange looks with cheeky grins – and a sense of joy would wash over us all synchronously.

Our minds could wander and our attention-spans were put to the test. It’s as if the movie gave us permission to whisper to friends and share jokes or interpretations about the film itself.

But the question for post-secondary students is: are films in class a powerful teaching tool, or are they a waste of time and tuition dollars? TedTalks but does Ted listen?

As a child in elementary school, I never questioned the motive or even the lesson behind the film we were watching in class. Stepping forward to present day, I’m more skeptical about the overuse of films in class and wonder when, if at all, they should be utilized.

“Professors should select videos that are educational and showcase main points specific to your class,” said Mackenzie Norton, a criminology student at Carleton University.

Watching a documentary in sociology class, Norton felt the method of delivery on the subject (via film) was effective for her. “It helped me grasp the content with ease, rather than listening to the professor give us a lecture.”

We were all categorized in our youth as either an auditory, visual or kinesthetic–tactile learner. A categorical division of how we retain information. Looking closer, we can see that films can hit all three of those different subheadings: Auditory (speaker in film), Visual (video itself), and the infamous “follow along” part of a film viewed in elementary school.

So perhaps the question of whether films should be used in university or college classrooms isn’t quite right. Maybe it should be: when is the use of films most effective?

“I feel that watching videos in class can have their time and place, but they can rarely have the same effect and be as useful as the teachers own experience and knowledge,” said Carley Zimba, a first-year horticulture industries student at Algonquin College.

Zimba noticed the material is more difficult to absorb when it’s crammed into a long video and found the benefit of learning the content came easier through class discussions. “Sometimes they can be used well to reinforce something the teacher has already gone over, but I think videos should be kept as supplemental material that can be viewed on your own leisure time.”

However, Kurt Fabisch, a former host of a movie review podcast and featured section of the Northern Alberta Institute of Technology newspaper called “The Kurt Locker,” feels more open to the use of videos in classrooms.

“Movies can be totally worthwhile,” said Fabisch. Referring to the 2015 film Bridge of Spies, Fabisch says you can understand a lot about the cold war within the 162 minute length of the film. “Movies can be extremely useful in teaching about different periods in history … you can learn a lot about a time and place with the right film.”

Some teachers may have the right idea when it comes to showing films in class with the intentions of educating.

“My law teacher streamed a clip of Bob the Builder on YouTube to lighten everyone’s spirits on a cold winter day,” said Alex Smith, a bachelor of arts student at Carleton University. His teacher used the video to demonstrate the concept of property law, but Smith found that the video was a bit too long, especially since it was being used merely as a transitional tool.

“I felt it was still a great tool to focus the classes attention and make the dull class a bit more interesting and dynamic than just reading from a textbook,” says Smith. “I think it can be extremely beneficial to a student’s learning process, as long as the teacher can explain it’s relation to the course and incorporates it into the course adequately.”

After exploring the idea, I find the verdict on movies in the classroom similar to how a good movie is made: a strong message can be told as long as you have the right director.