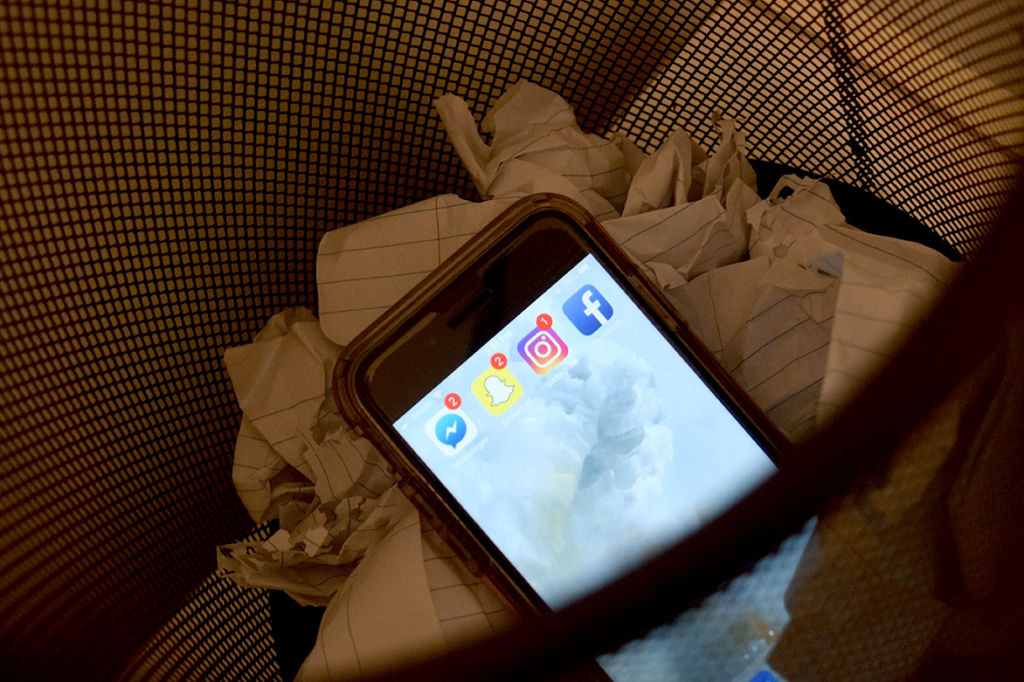 I sat in the parking lot of the Kanata Centrum watching the windshield wipers swipe back and forth, flicking away the hard-hitting rain on the windshield. It was week two of an awful breakup from a three-year on-again-off-again relationship that left me feeling angry, sad, hurt and confused. Summer had just started and here I was: single,not by choice, and at the lowest point I’d ever felt in my life.

The clichés like “plenty of fish in the sea” and “you don’t need her, you deserve so much better” started to annoy more than comfort me. I knew that things needed to change, but I had none of the tools I needed to make it happen.

As the rain drops pooled into big puddles, I saw the Chapters sign. Its bright red colour was like the north star contrasting against the grey summer day.

A book. The perfect distraction.

I hadn’t read leisurely in years, but with my schedule now entirely up to me, I figured it was a small change I could take up to, hopefully, get myself out of the rut I was in. In the best-sellers section, a pumpkin-orange book with bold black text caught my eye. I did a double-take.

Such an eloquent title warranted a read through of the first few pages. By the third paragraph, I was hooked. My mind was made up and before I knew it, I was at home that same rainy day sitting on my bed with the book half-read.

Among other things, the book flipped traditional self-help techniques on their heads and encouraged the concept of prioritizing as what’s worth giving a f*ck about. From the tiny problems like missing a bus to the bigger issues like my ex not wanting to get back together, I had to learn how to accept responsibility for the problem and decide if the stress and energy put into solving it was worth it.

We’re subconsciously sucked into comparing ourselves to other people through double-taps and hashtags. It becomes toxic and before you know it, that average Monday morning you were enjoying turns into one of the most boring, pathetic days of your week—and Mondays are bad enough already.

Manson coined this as the “feedback loop from Hell” and it transcends social media too. He says people can become anxious about being anxious, so they become more anxious. Apps like Instagram and Facebook can only amplify the harmful effects of these feedback loops and I’m not the only who has experienced this.

Now, more than ever, our society feeds off this entitlement and most of this has to do with social media’s embellishment of the every day. A quick tap of the phone screen and a few scrolls, people can know almost everything about anyone. All of a sudden, you’re comparing your average Monday morning at work to your friend’s Monday morning on vacation.

The way I used to handle my problems wasn’t working, at least in a healthy way, for a long time. I had a sense of entitlement that since I put in so much work, the universe should reward me. But, as Manson writes, this isn’t a practical reality. This mindset only makes you feel more frustrated and resentful toward the world around you. What a terrible way to live.

According to a 2016 study from McMaster University, the more university-aged students that were using social media, the higher the likelihood of them having mental health problems ranging from anxiety to depression.

Similar to Manson’s feedback loop from Hell, the frequent use of social media warps users perspective on their peers’ lives, which leads to people feeling their life isn’t adequate enough.

“Social media definitely has its advantages, but it can also be very toxic,” says Katie Murray, an online accounting student at Algonquin College. “People have become more concerned with how they’re perceived on social media rather than in person.”

Murray has removed herself from social media multiple times to get away from the toxicity and fear of missing out or “FOMO” that can come with it.

I followed a similar path after reading Manson’s book. I deleted myself from social media for all four months of that summer and found time to reprioritize and accept my problems for what they were, not how I perceived them.

By not seeing what my ex was doing all over social media and using my days to do things I genuinely enjoyed instead of scrolling meaninglessly through newsfeeds, I noticed my anxiety and depression were more manageable. I was starting to feel more fulfilled with my daily life. The kicker—I felt no need to share that happiness all over Facebook and Instagram.

I began to choose what problems in my life were really worth my stress and effort. I also found the value in not being connected to everyone. There was a certain comfort to not knowing about everyone’s Monday morning or Friday night because it allowed me to appreciate my own life and the goals I was working towards with no distractions.

By following Manson’s advice, I realized there will always be problems in my life and happiness isn’t a guaranteed destination you reach some day. Happiness is a constant thing you have to work on and even on the best of days there are still problems to face. Facing these problems head on and taking responsibility for myself in every situation no matter how hard done by I may feel has improved every aspect of my life.

Shortly towards the end of my summer break, I re-downloaded my social media apps. After cleaning out my cluttered friends lists, I joined the digital world with a totally different mindset and approach to handling how I consume my newsfeeds.

I often think back to my windshield wipers squeaking in the Kanata Centrum parking lot . For all of the confusing, upsetting problems I was facing in the blur of those two weeks, I wouldn’t change how everything turned out.

Like Manson writes in his book, for every problem that you face, no one else is responsible for finding a solution, but you. Since that day I have learned and continue to learn, the subtle art of not giving a f**k.