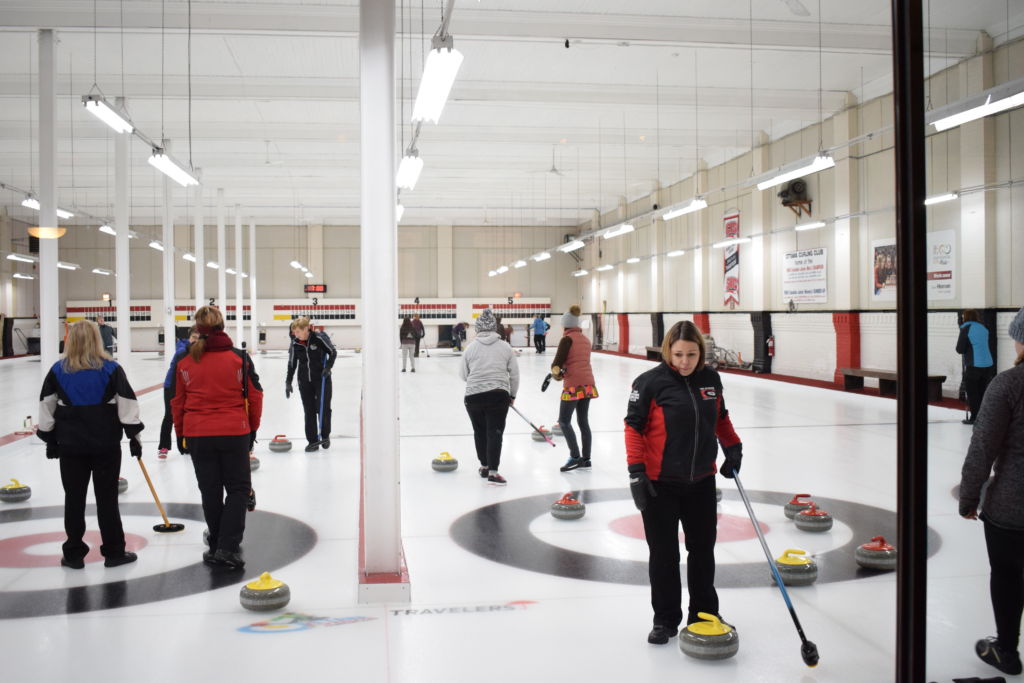 The 2018 Winter Olympics are officially underway and for the Ottawa Curling Club, this is a particularly significant year. Four of their own members, better known as Team Homan, were chosen to represent Canada in Pyeongchang, South Korea. This is the first time anyone from their club has gone to the Olympics.

Originally established in 1851 as the Bytown Curling Club, the OCC teaches everyone young and old in competitive and non-competitive leagues how to play the sport. With the success of curling skip Rachel Homan and her teammates, how do both a student curler and a former Team Homan coach at the club feel about four of their own representing Team Canada? How did the OCC shape their own development as curlers?

Earle Morris, an OCC curler who coached the team until 2014 is currently in Korea not only cheering on Rachel Homan but his own son as well: curler John Morris, who plays mixed doubles in this year’s games.

“Madly in love” with curling since Grade 7, Morris excelled in the sport and his later involvement in the military and moving frequently allowed him to play three men’s championship games, representing a different province in each. He settled in Ottawa in 1983 and has been a member of the OCC ever since. Morris has coached different curling teams for over 15 years and is now looking to retire.

“In 1997 our son John was in the Canadian Juniors and he had Rachel Homan’s brother on his team, so that’s when I first met Rachel,” says Morris. Impressed with Homan’s curling skills, Morris agreed to coach her after his son graduated from Juniors. “In around 2000, Rachel called me and said ‘Hey Earl we’re a young team now. We’re pretty good. You interested in coaching us?’ they did it in a really cute way,” Morris says with a laugh.

Morris says that training the team at the Ottawa Curling Club helped shape his own development as a coach because although they were great curlers, they were also challenging. “I had to know my stuff and if my stuff made sense, they were prepared to listen to me,” says Morris. “Rachel is a very strong-willed independent athlete so it was very good from that point of view because we challenged each other to find the right ways to do things so they could be successful.”

Edgar Gallant, on the other hand, began curling at the Ottawa Curling Club in 2014. Born in Ottawa and raised in British Columbia, his father introduced him to curling at age 12. Gallant played the sport until Grade 12 after which he stopped for five years and moved back to Ottawa. There, he studied civil engineering at the University of Ottawa in 2010, graduating with a masters this past December. He resumed curling after a suggestion from his parents, who knew how much he liked the sport.

“Because I didn’t know anyone in Ottawa that curled I was thinking I would just sign up for some club, put my name on the spares list and maybe get a few games in that way,” says Gallant.

The OCC has a drop-in university league that practices every Sunday evening with no regular teams. All you have to do is show up, say which position you want to play and you’re put on a team at random. This is the perfect option for Gallant to balance school and curling.

“I did show up every week but I didn’t have to if for whatever reason I was busy with studies or something,” says Gallant. “There’s no commitment in that sense and I met a bunch of curlers so that was absolutely perfect and that’s how I got started at the Ottawa Curling Club.”

Some of the people Gallant met in the university league are now his teammates in the competitive league or the Wednesday night cash league, where he plays second on one of the teams.

From a personal standpoint, it’s the friendships Gallant made through curling at the club that have been the most important thing in his development as a curler. One of those friendships is with Team Homan’s coach, Adam Kingsbury, who often plays alongside Gallant in the university league on Sunday nights.

Although he’s friends with Kingsbury, Gallant has never played in a league with Team Homan. Because the team doesn’t actually practice at the club that often anymore and some of the players live in Alberta, Gallant says the news of them going to the Olympics is a big deal.

Gallant plans to watch curling at the Olympics on TV, though “the time change might make it a little tricky.”

“I’ll definitely watch what I can, not necessarily because it’s the home club it’s just because you want to cheer on Team Canada in your favourite sport.”