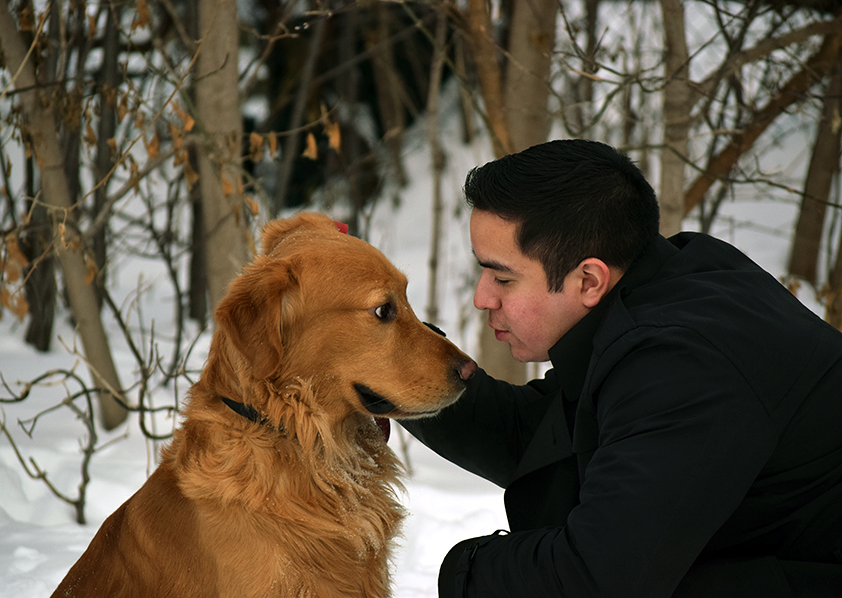 As my two-year-old Golden Retriever, Gryffin, races by me, almost tauntingly, I come to a stop and grin. We’re out for our morning run at the arboretum. He’s showing off. He wants to show me his top speed.

When he notices I’ve stopped he comes galloping back triumphantly, brushing against me as if saying “nice try.” I kneel down and straighten his ears. He’s staring up at me, waiting to see how much energy I have left. I see the sun rising as I resume running alongside him.

Before I got Gryffin two years ago, this was not a scene I was familiar with. I made the decision to adopt him when I was 22. I was lacking drive and needed a motivator in life. Ever since he a was an eight-week-old golden ball of fluff he has helped me rediscover the drive I was severely lacking.

Stresses of managing a full-time job, applying for a program in post-secondary, and moving constantly were all things I hadn’t prepared for mentally. Balancing life and work can be a struggle on its own. I felt overwhelmed. My trips to the gym helped me feel physically healthy but my testosterone fuelled my aggression. I needed a calmer outlet.

Everything gradually changed after I got my dog. We wake up before sunrise every morning and stick to our routine. While conditioning him to follow a schedule I, in turn, disciplined myself as well.

As strange as it seems, whenever I’m in a bad mood and I hear his paws wander towards me and he rests his head in my lap, he helps me forget what I was upset about. Even on my most stressful days, when he’s sitting there smiling at me and awaiting my affection, he exudes positive energy that washes over me in an awesome wave. He’ll pick up toys at random and place them at my feet, roll around on his back and come to a halt while upside down, showing his teeth and letting his lips droop by the force of gravity

Other students have experienced similar positive effects from dogs. Apparently, I’m not alone.

According to Kinetec, on behalf of the Canadian Animal Health Institute (CAHI), between 2014 and 2016, the dog population in Canada has risen. Dog ownership jumped from 6.4 million in 2014 to 7.6 million in 2016. “It is encouraging to see the number of pet dogs increasing in Canada over time and I think that reflects the special relationship we have with them,” said Colleen McElwain, CAHI Programs Director.

Joey Clavette, an Ottawa University student, found the act of balancing school and life extremely stressful. His family decided to adopt Rosie, a Bichon Frise, around the time he started post-secondary. 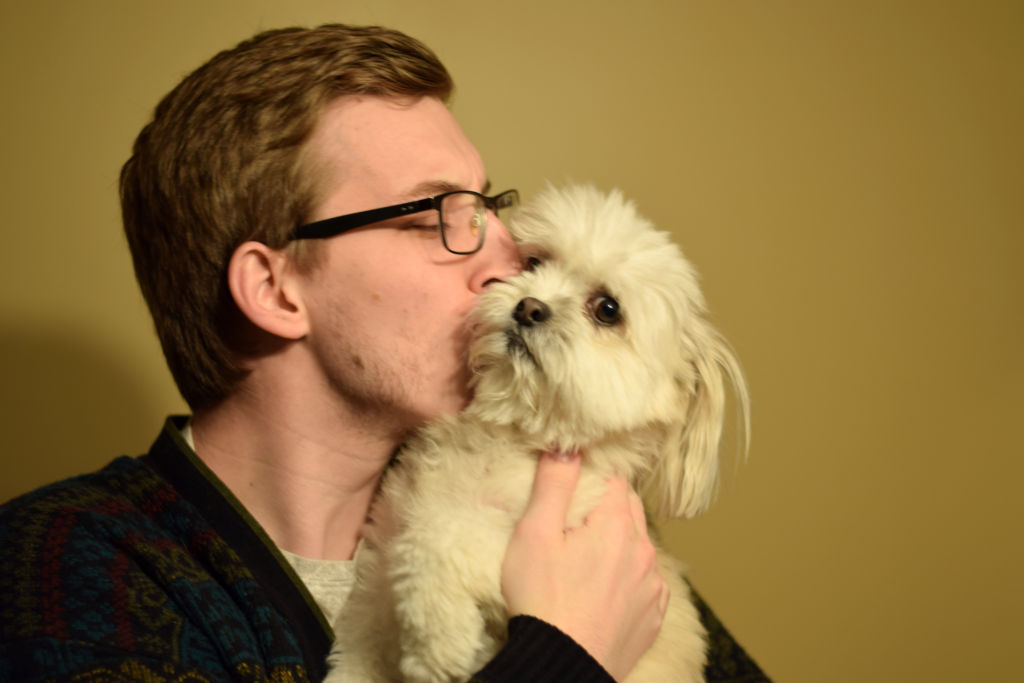 Joey Clavette’s family decided to adopt Rosie a few years ago. She has helped him through some overwhelming moments.

A rough day at school, assignments piling up, deadlines nearing and commuting everyday can put a heavy weight on him. “For those few moments when I get home and my dog greets me, I pet her, and all of the stress kind of goes away,” he says. “It’s nice that there’s something in existence, even if it’s just a little dog, that is just ecstatic to see you”.

Amal Al-Zayadi, an Epidemiology graduate from Queen’s University, also knows the healing effects a dog can have. Her dog, a chow chow named Layth, helped her overcome a life-long fear. “As a child, I lived in a refugee camp for eight years. Every night I would hear scary howls of stray dogs, so I developed a strong and irrational fear of all dogs,” says Al-Zayadi. “When I came to Canada I would cross the street if I saw a dog coming my way.”

When she got her Chow Chow, it changed her life. From following a set schedule and decompressing after work, to being more social with people in general – having a dog not only brought more positive energy into her life, it also helped her overcome her fear of dogs.

Rony Khacshour, second-year student at Algonquin College, found his dog to have therapeutic qualities for him. “After breaking up with my girlfriend of three years, I felt lonely for a long time,” said Khacshour as he walked towards his six-year-old Pitbull Chow mix, Razor. “He was there for me and he knew when I was sad. I feel he understands human emotions.”

He felt an immediate connection to Razor when he adopted him from the animal shelter six years ago. That connection has grown emphatically since then and has been a reminder of how much he has matured.

As I felt the weight of the world pushing on me from all angles, I took a step back and by doing so I took two steps forward. I started looking for the dog that would be my new companion and friend.