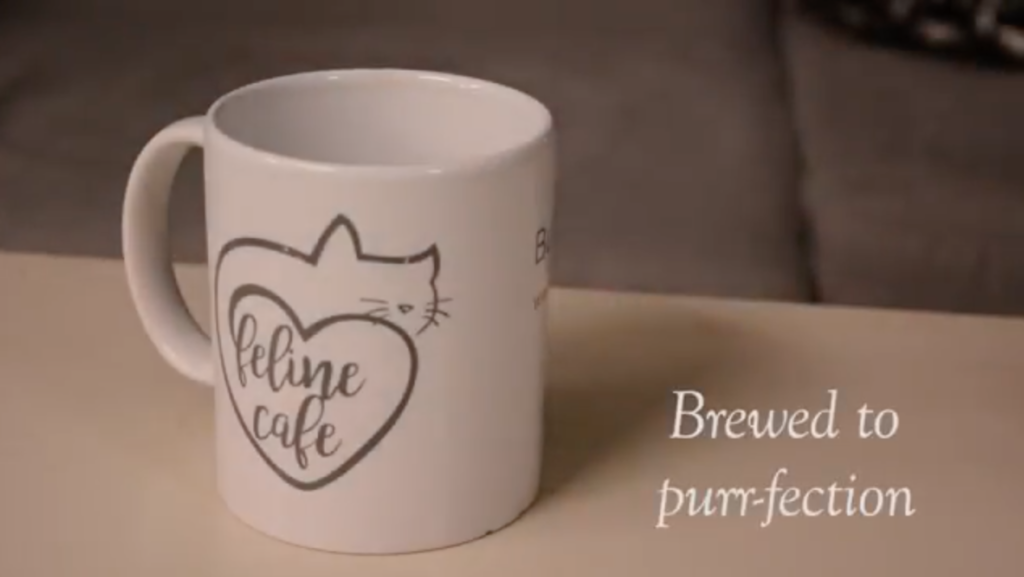 In bustling, eclectic Hintonburg, there sits the newly-established Feline Café. It’s here that people can enjoy a warm drink in good cat company. The café opened its doors this past spring and has been a popular venue for cat lovers of all ages.

Their motto is simple: Drink Coffee. Save Cats. The business fosters cats until they are adopted. Glue caught up with café owner Josée Cyr to hear how they’ve fared since opening – and where they plan to go next.

Since opening in May, the café has seen 90 adoptions and that number is rapidly growing.

“We’ve got a couple more adoptions lined up,” says Cyr. “We’re getting really close to reaching 100.”

Feline Café expects reach hit triple digits in their adoptions this year. Not only have their adoption numbers been growing, but the café’s customer base has been too.

“We had way more traffic than we’d anticipated,” says Cyr. “We had planned for a certain amount of traffic and we surpassed that by so much. We just weren’t prepared to handle the crowds when we first opened.”

As their visitor numbers came to a steady stream, the café has been able to adjust to the traffic flow.

“We’ve moved around some furniture and improved the overall layout for people coming in and out.”

And now that they’re more established, the organization has started some other activities for their customers. Part of Cyr’s original business plan was to include cat yoga, but this was put on the back burner while she focused on their opening.

This changed when she hired someone who is also a yoga instructor.

“It was just a natural progression to introduce yoga and at the same time with someone who really knows all the behind-the-scenes stuff,” says Cyr. “It blew up like crazy. Everyone was really excited about it.”

Since they began offering monthly yoga in September, the number of classes has tripled.

Cyr feels optimistic with how the past months have gone. She credits some of this success to her dedicated volunteers who give a few hours per week to help out around the café.

Christine Kokic started volunteering after her cat passed away in the summer.

“She was in my life for 12 years and it hit me really hard,” says Kokic. “She was my best friend. I know I can’t get another cat because I’ll never have one that’s as good as her, but I just needed a cat fix. I knew about this place and that they needed volunteers and I thought that would be a really good way of just being around cats again.”

To find out more about volunteering or visiting the café, please visit: www.felinecafeottawa.com