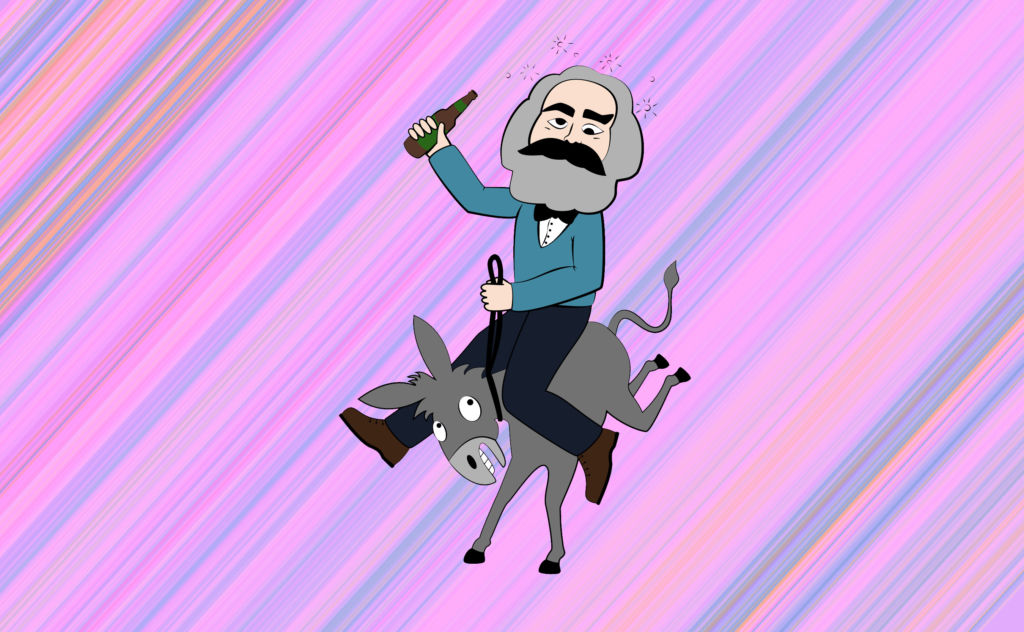 What do you think of when you picture a philosopher? Glue’s Phi Hoang Trinh spoke to philosophy students about the myths and facts behind stereotypes surrounding them.
Photo by: Judith Sheppard

When I asked fellow students about what their first thought was when the word philosophy was mentioned, the answers included “complex ways of thinking,” “whoa,” “deep quotes,” and “smart.” But what about philosophy students? Do they feel that way about their own major? Do they fit the stereotypes that always surround them? Yes and no. Upon hearing my question, a critical mind would surely ask: what do you mean by stereotype anyway? Stereotypes are a set of common characteristics that are apparent and ever-present about one group. When it comes to philosophy students, here are the commonalities I spotted.

Adam Voight is a second-year computer programming student at Algonquin College who pursued a philosophy degree at the University of Kentucky.

“There are a lot of people going into philosophy thinking this is the opposite of science,” he says. “They think that if they go into this they can get the respect of being rational and speaking the truth without actually having to undergo a discipline and force themselves to question assumptions, even their own.” Voight says that his decision to go into computer programming was inspired by his philosophical background because it’s like making sense of “systems that already exist.” Prior to that, he applied for grad school with the hope of getting a degree in philosophy.

“I got rejected – my teacher said my work was shit – and I agree with him,” he says. He’s always wanted to go back to grad school, but his last writing sample was deemed “crap” by his former teacher and a friend. That’s enough to bury a career choice for good, but not enough to hold his interest in philosophy back. Voight still actively participates in a club called Ottawa Socrates Café. You can always find him at parties of the Carleton University philosophy department.

►THEY’RE NOT INTO MONEY

The most popular faces of philosophy, like Plato, Marx and Nietzsche, were all covered with hair. The beard fashion corresponds to the attitude that sees philosophy-followers as poverty-stricken whose prospect of landing a job after graduation is dire. There is some truth in this stereotype, however.

“Philosophy professors usually tell their students to not pursue philosophy,” says Kevin O’Meara, a senior undergrad at Carleton University and the current president of the school’s philosophy club. “They say there’s not much money in it. It’s really tough and unless you just love it with all your heart, don’t pursue philosophy.”

“I don’t mind teaching high school if I can’t find a job after getting my PhD,” says Anthony Della Zazzera, a grad student at the University of Ottawa. “If that doesn’t work out, I’ll just starve. I’m fine with that.” However, according to a 2015 report from PayScale, philosophy majors often fare pretty well in their career, gaining the top earning degree in all humanities courses.

“Philosophy students actually do better on the LSAT – the law test – than law students, so many of them end up taking a career in law,” says O’Meara.

Yes, philosophy students do party. This shouldn’t come as a surprise: hedonism, after all, is a legitimate school of philosophy. Take O’Meara, for example. When he’s not in his small, tidy department-provided room reading about Spinoza and Hobbes, he either hosts the CKCU radio station or is drumming for his one-man band.

“One of my friends told me, ‘blow my mind with some philosophy,’” says O’Meara. “I was like, ‘man, it can be so boring; it’s just like reading 800 pages of dry material and writing a paper based on it.’ People sort of think that philosophy is just something teenagers who get stoned and stay up way too late start talking about.” Others like fun, but not all of the associations. “It is safe to say that I hate being associated with stoners,” says Zazzera.