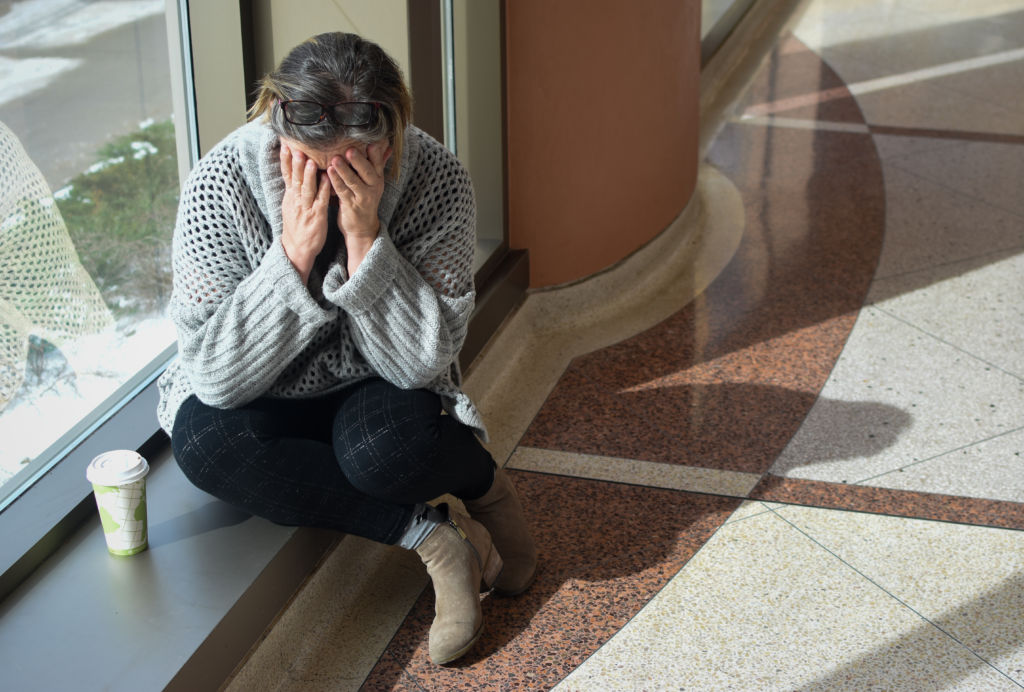 Imagine living life with a clear head every day. The sun wakes you up at 7 a.m. and you’re given the perfect amount of time to enjoy breakfast, take a shower and casually say hey to your neighbour before you leave for school or work in the morning.

For many students, these words are but a dream. And a dream they may never see because for people living in Canada, the third most sleep deprived country – out of 13 done in a recent study by Aviva,a risk management agency in the UK – one third of the Canadians surveyed said they don’t get enough sleep. 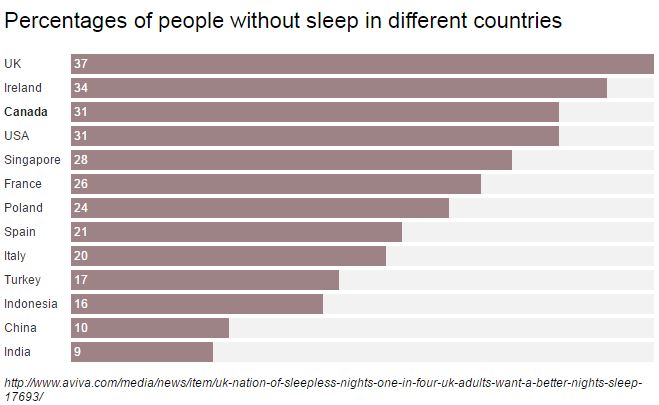 From 18 to 35, some of the most common sleeping problems include sleep phase delay syndrome, consuming too much alcohol, stress, and the new stimulations from technology, says Dr. Judith Leech, a Respirologist at the West Ottawa Sleep Centre.

Here a few examples of what these triggers could be doing to your sleep cycle, and tips from an expert on how to improve the hours that you’re asleep:

“Caffeine is everywhere,” Leech says. “People are drinking energy drinks, coffee and tea all the time.”

And while some people can get away with having the stimulant right before bed, people should put the beverages away around noon, or to at least figure out what time caffeine is out of your system. Even if you do end up going to sleep, the stimulant still affects your sleep cycles, which will make you feel sleepy – even though you’ve slept for seven or more hours, she says.
“Some people have a half life of caffeine for three hours and the rest metabolizes slower. While others can feel the effects for seven hours,” says Leech.

In any form that you consume it – be liquor, beer or wine – alcohol is a central brain depressant, and often older people take it to help them sleep better, because it takes a shorter time to fall asleep. But the quality of sleep is not good.

Much like caffeine, your sleep cycle is affected – and as you wake up your body has a hard time balancing out from alcohol withdrawal and as the alcohol decreases in the blood stream, says Leech.

Matt Idzik, who is a nursing graduate from Algonquin College in 2012, said that when he was in school he drank every weekend which didn’t help his sleep. Only when he realized his goals and what he wanted to accomplish with his life did his sleep get better and drinking stop.

He said that the stress of having assignments, procrastinating, and the people he surrounded himself with would push him to drink, and affect his sleep.

Idzik recommends acknowledging what makes you feel stressed and looking at the root cause. Now instead of drinking, Idzik sticks to his healthy habits when fighting stress such as working out and communicating with his new friend group of more responsible friends.

Remember that time you procrastinated and had to cram in your full exam preparation into one night? While procrastination isn’t recommended at all by Leech, she too is guilty of holding things off to the last minute. “We all do it,” she says.

In fact, a lot of benefits come from a good night sleep other than alertness. Sleep is a restorative function, Leech said. It’s the reason that our bodies become stronger after a workout – because our muscles repair at night.Sleep also helps with sickness and with avoiding to become sick – because our immune system is more active during rest.

“Things are moving from your hardware to your  software as you sleep,” she says.

Religion helped Alvane Malhorta, a student taking a bachelor of hospitality and tourism management at Algonquin College. She said that she tried medicine from the college as well as walk in clinics but it only made things worse.

“Once I pray and talked about my problems, I felt like all my problems were gone in two seconds,” Malhorta says. “Communicating with her religion was a way for her to feel less stressed about school and sleep better.

How we wake up naturally is from the sun, which tells our brain we don’t have to sleep any longer. The problem since the creation of light, through electronics and light sources, is that our brains are being tricked and staying awake, says Leech.

Personal electronics and televisions are also now convenient enough to have in your bedroom and prolong your sleep even more.

“For me it was putting my phone into another room, and shutting it down so that you, yourself could shut down and get a good sleep,” Nielson says.

One of the main reasons it can be harder to get up in the winter, Leech says, is because days become shorter and it effects our internal sleeping clock.

Apps like Flux for PC and Mac – or by using the built in app Night shift on your iPhone – help turn off emitted blue colours from your screen, which has been said to cause trouble sleeping. But Leech says to avoid bright lights into your eyes before bed in general.

Another suggestion would be to turn your brightness down a few hours before sleeping so that there is less light coming into your eyes.

Reading from books may also help with avoiding bright light from screens. Malhorta, who used religion as a way to distressed, also said she noticed that e-text’s made her head hurt and didn’t help her from falling asleep.

Try melatonin tablets to get you sleeping at the right time:

Melatonin is a chemical that is released in our brain naturally, telling our bodies that it’s dark and that it’s time to sleep. Oddly enough, for raccoons, the same chemical tells them to wake up at night.

Leech says that melatonin is one of the one proven natural medical substances that helps with sleep, and that it can help reset your sleep cycles.

Most people take it 30 minutes before sleep, but she recommends taking it three to four hours before going to bed so that you are telling your brain that it’s getting dark out earlier so your body and mind has more time to relax before bed.

Exercise should be done earlier than later:

Some people try to exercise before bed to burn off energy, but Leech recommends to keep workouts in the morning, or at least two hours before bed because your body needs a cool down period – especially cardio.

Nielson said that walking her dog helps her get to sleep, and when she goes for lots of walks throughout the week.

Having a sleep routine helps:

Something you might not know is that during the young adult years and when we make our most important choices in life, it is more comfortable for our bodies to naturally wake up at noon, says Leech. And not just that, but she said that the brain tends to want to go to sleep more late – and you thought you weren’t normal?

This is referred to as sleep delay syndrome and most often gets better when we age. The problem is that start times for college begin relatively early, and that the 9-to-5 schedule only caters to the work world, she said.

She also said some people only require six hours of sleep, while other bodies can ask for up for 12 hours, depending on your lifestyle and biological makeup.

To help your internal clock Leech suggests making a regular routine all seven days a week with the right amount of sleep you need.

And to find out how much sleep you need try setting a wake-up time for 6 a.m. and going to bed at 11 a.m. The next night, keep the wake up time at 6 and sleeping at 10.

Does your body wake up at 5? If you wake up earlier then you need less hours, but if later, then you body requires more sleep, says Leech.

“Dark, quiet, no light, and no stress,” Leech says.