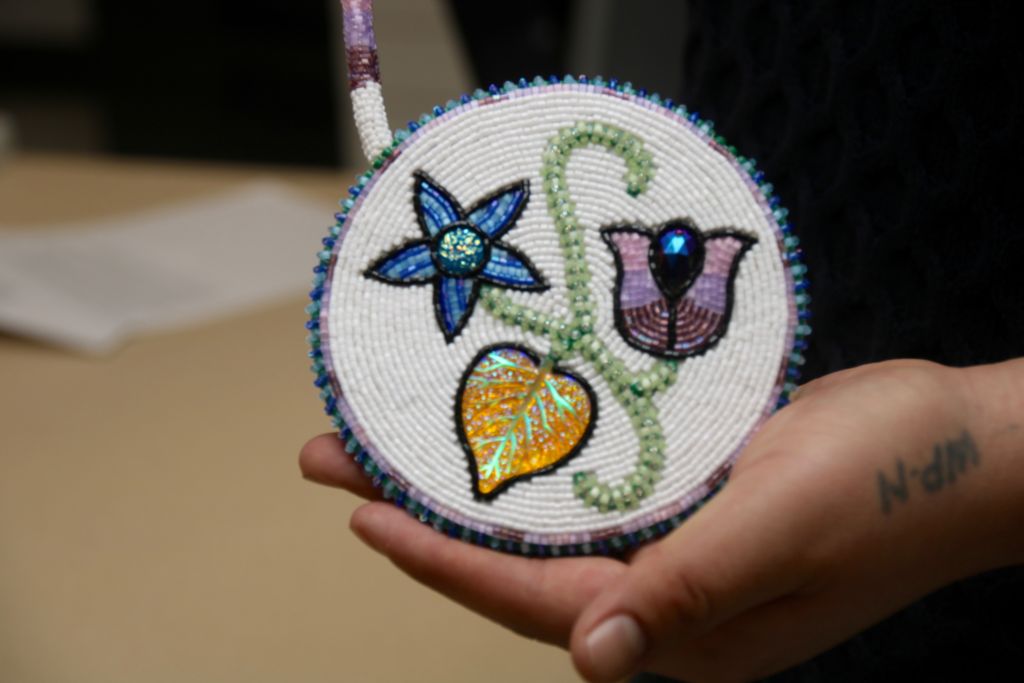 Sage Picody, 22, is a local Pow Wow vocalist and header who makes things like this regalia with his bare hands. He picked up the craft roughly 4 years ago, and since then, he has been staying close to his Cree/Ojibwa culture through Pow Wow and beading.
Photo by: Chad Ouellette

According to an article in the Art Therapy Journal, art has been used as a channel to communicate thoughts and ideas since the beginning of human history.

Although contemporary art therapy is relatively new, individuals have been expressing themselves as far back as tangible evidence goes – roughly 40,000 years ago.

Sketching and Illustrating isn’t the only way to derive therapy through art, there are plenty of outlets and mediums that allow a person to express themselves in a creative and constructive way.

Betty Kwong, a part-time art therapist in Ottawa, and graduate of Western University in London, Ont., sees art as a way to convey emotion, and make life just a little bit easier.

“For me, as an art therapist, I think it’s the process of doing the art that can be therapeutic,” Kwong says.

She feels that the ability for a client to be able to use the assessment she has given them, and complete the goal that is outlined, truly helps them get better.

Often, people who are artists are brought in to it because of their families. Some individuals are immediately drawn to expressing themselves in a creative manner.

Mary Elizabeth Marshall, an Ottawa-based artist and professor at Algonquin College, remembers being in elementary school and going down to the basement of her childhood home in Fredericton, New Brunswick, finding a spot to sit by the woodpile and thinking really hard about writing a short story.

“I might have been eight or nine,” says Marshall. “So my first foray into art was really literature and poetry, because there were so many writers in my family.”

While she was working on her Masters in creative writing at Concordia University in Montreal, she got sick of studying intense terminology, and reading old books (although she loves them).

That is when she started painting.

Marshall felt that painting was really free, and it was something that she didn’t know a lot about.

“I could express myself in a way I couldn’t with language,” she says. “Because it felt really heavy.”

One thing that most artists have in common is using it as a form of therapy, it can be a beneficial way of releasing stress and emotion.

Sage Picody, is a 22-year-old Pow Wow vocalist and member of the Ottawa River Singers, uses that and beading, as a form of therapy. When it comes to beading, creating something out of different materials helps lighten his mood.

“It takes my mind off of things,” says Picody. “It’s very time consuming so it keeps me very busy. It just makes me feel good when I look at a piece of work that I’ve completed, especially when I wear it.”

Picody has been beading for about four years now, it’s something that he picked up and taught himself.

“When I first moved to Ottawa – from Timmins, Ont., I didn’t know what beadwork was until I started seeing people wearing medallions,” he says. “I thought about buying some for myself to wear, but then I thought ‘why not just make learn how to bead and make it myself.’”

Picody is no stranger when it comes to the world of art. His mom is a painter and makes regalia and ribbon shirts, his dad sings and his sister paints as well.

In regards to his involvement in music, he owes a lot to his father for bringing it into his life.

Picody says that he learned how to use his diaphragm off of YouTube, as well as voice projection.

“Voice projection came from opera singers,” he says. “And using your diaphragm came form scream singers. A lot of people ask ‘does it hurt after a while?’ But no, it’s just like any other muscle really, you just keep on practicing and keep on singing.”

He explains that the longer you sing for, the longer you last while doing it, and the stronger your voice will get. In order to get good at it, Picody says that you can’t stop it, and you have to practice this art on a daily basis.

Although not all art can be seen as traditional, if it helps yourself and others with their emotions, it is an art form none the less. Monica Kulas, owner of Aubrey Lashes, is a local eyelash specialist that applies fake-mink hair eyelashes to people looking for a little therapy time. 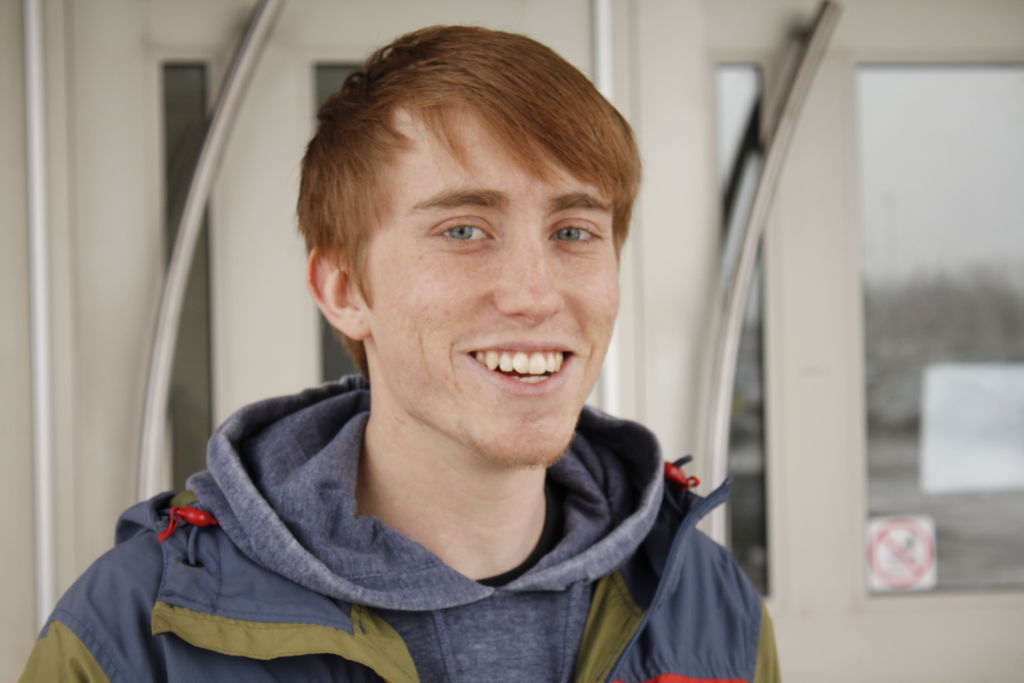 Jered Harrison stands outside Algonquin College where his beginning in animation lie. Originally in auto mechanics, he decided to switch out early in to the program in order to take a one-year course in illustration & animation, until eventually switching in to pre-animation. He was able to build his portfolio here using the Algonquin Times and Glue Magazine, doing caricatures and other things. 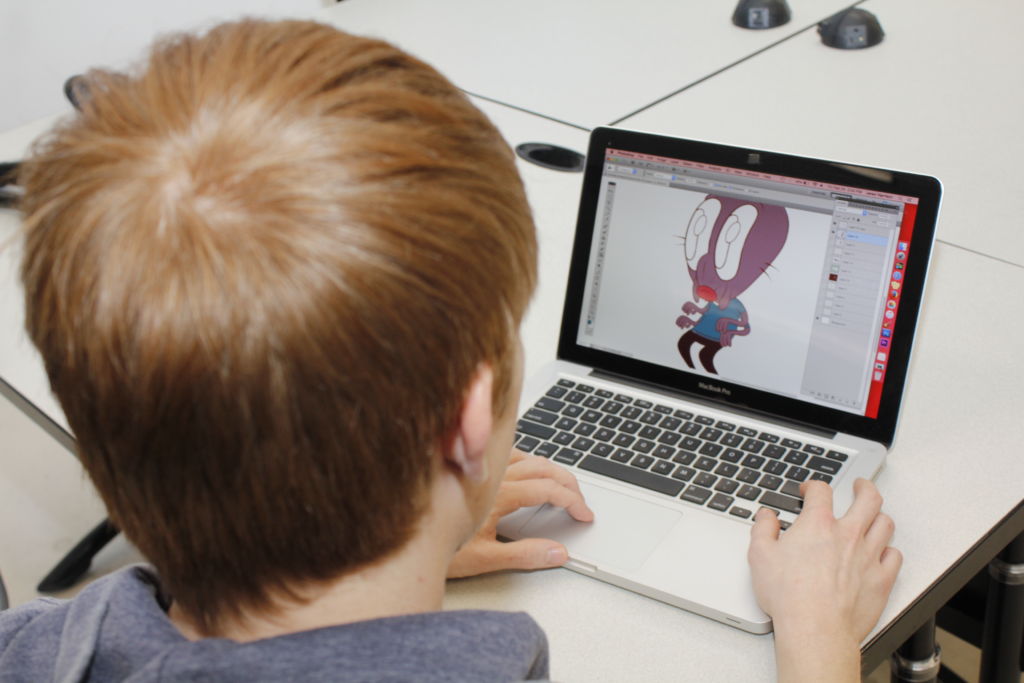 Jered Harrison animating one of the many characters he has created over the years. He has done animations for shows on HBO, TVO and the WWE Network amongst many others. 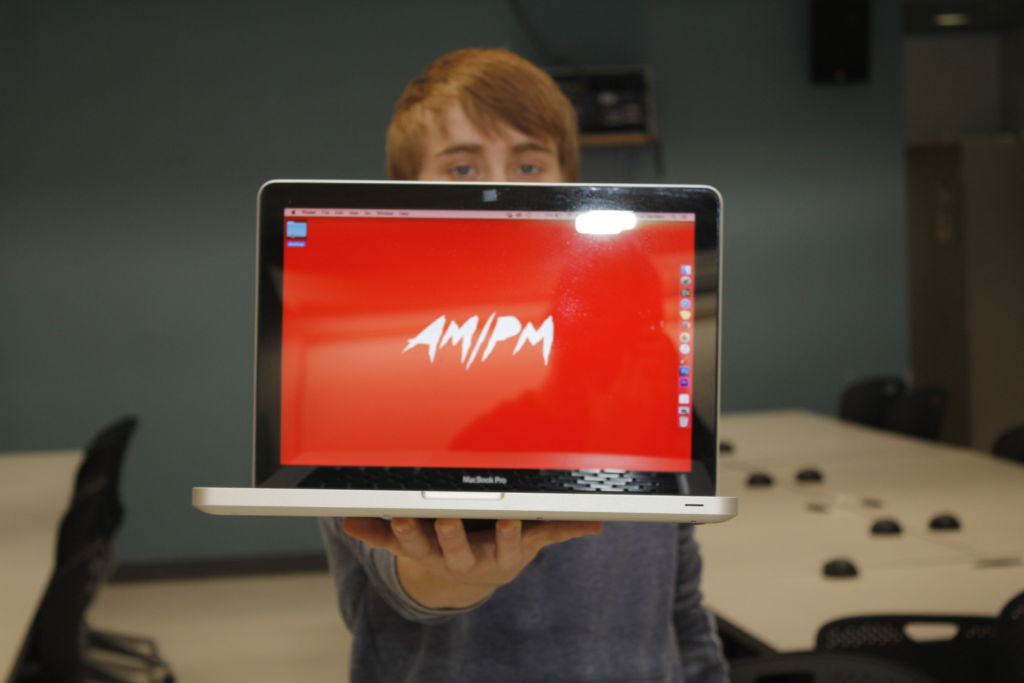 Part of starting your own brand requires you to have a place where people can hire you and view your work. AM/PM will be launching soon and he hopes to receive clients by adding to, and using work, that he has already created. 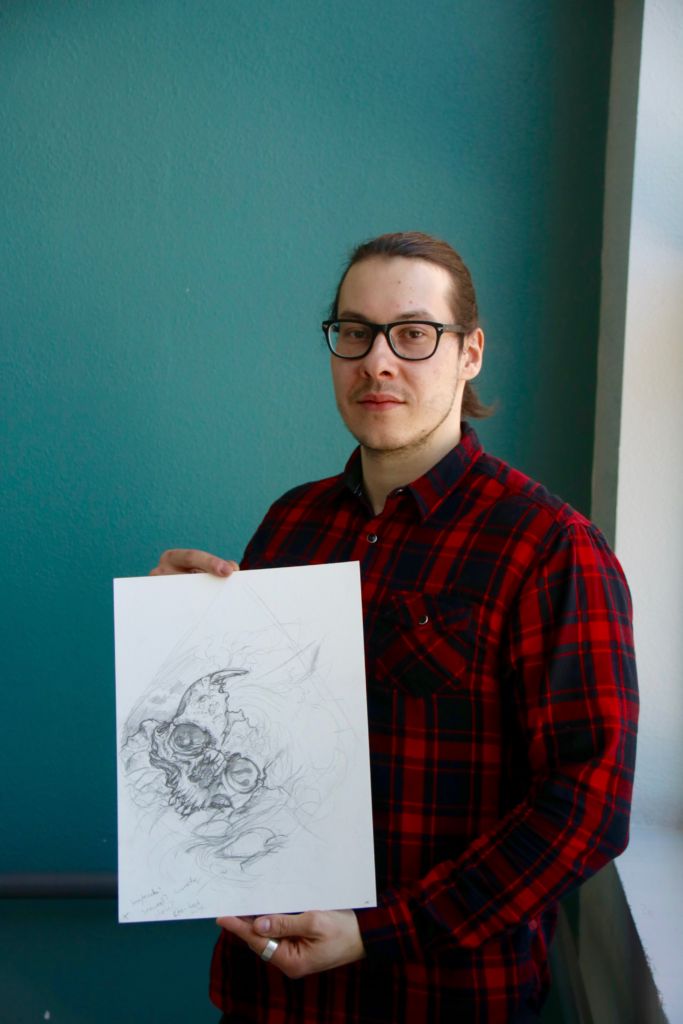 Emil Mateja, 29, holding up one of the many illustrations that he is working on. It is unfinished, having yet to be solidified with ink, but his skill in all things art have enables him to be a published artist. 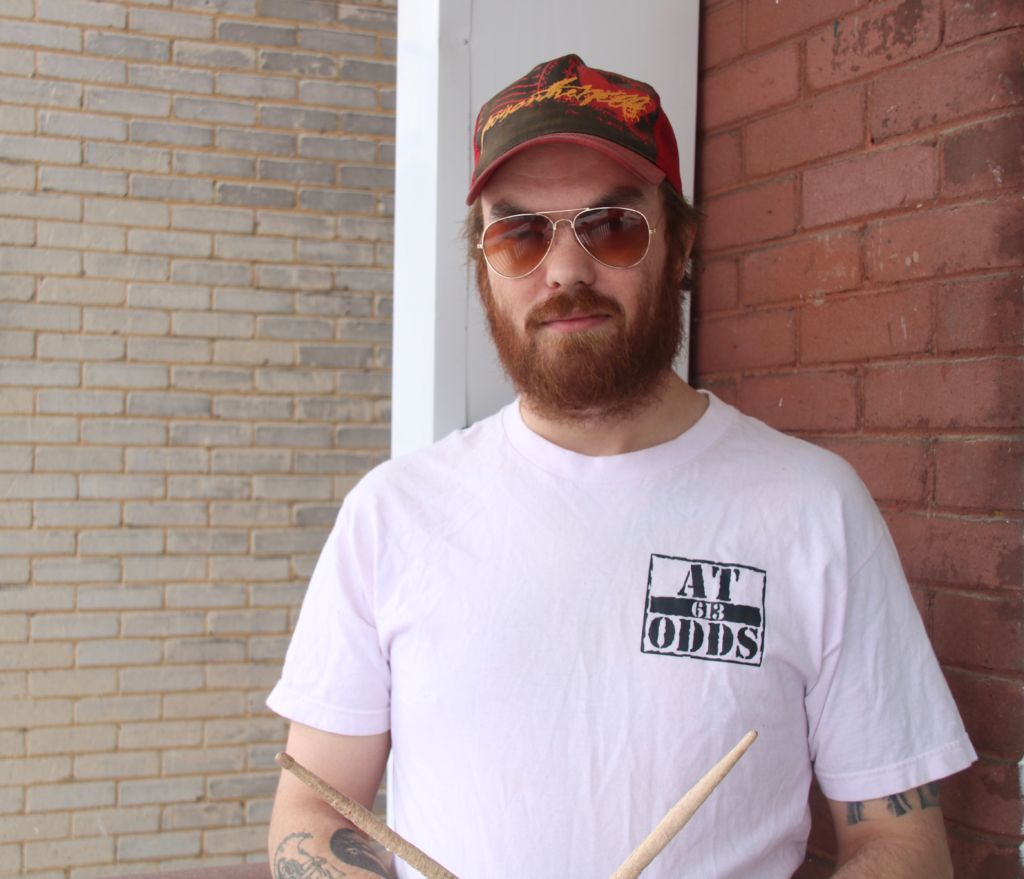 Eric Marshall has been doing vocals and playing instruments, like drums, for many local bands in Ottawa. He has recently left the music scene to focus on his stand-up comedy career. He says that stand-up as enabled him to release his emotions more so than music, by relaying his life stories through the art of comedy. 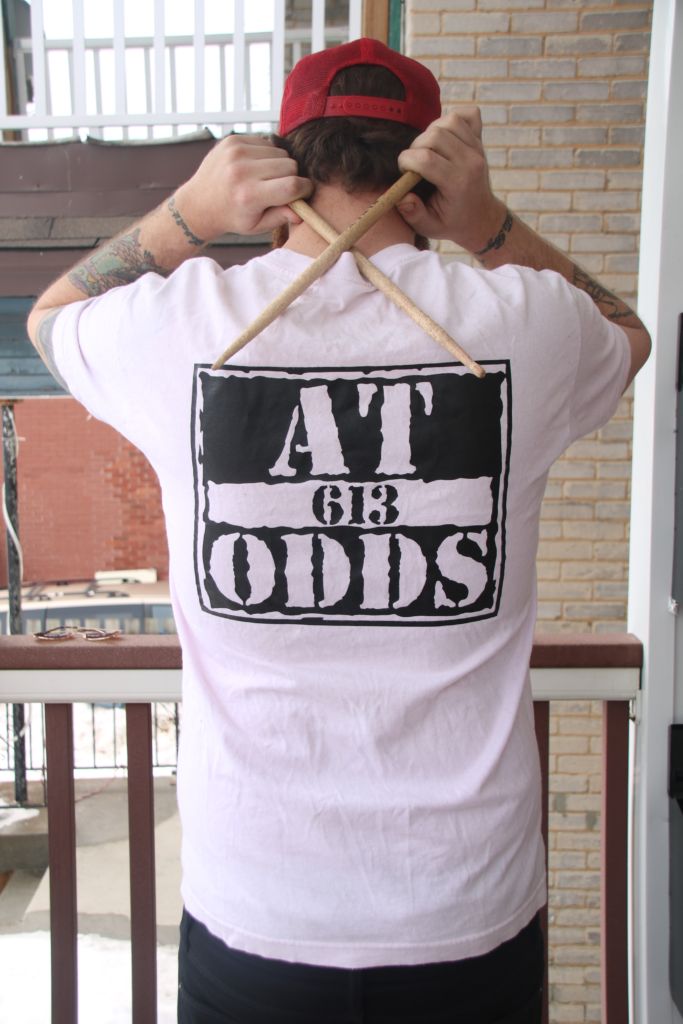 Eric Marshall wearing memorabilia from one of the bands him and his friends created in Ottawa. He has been part of many bands, even doing backup vocals and stand-in drumming for a number of others as well. 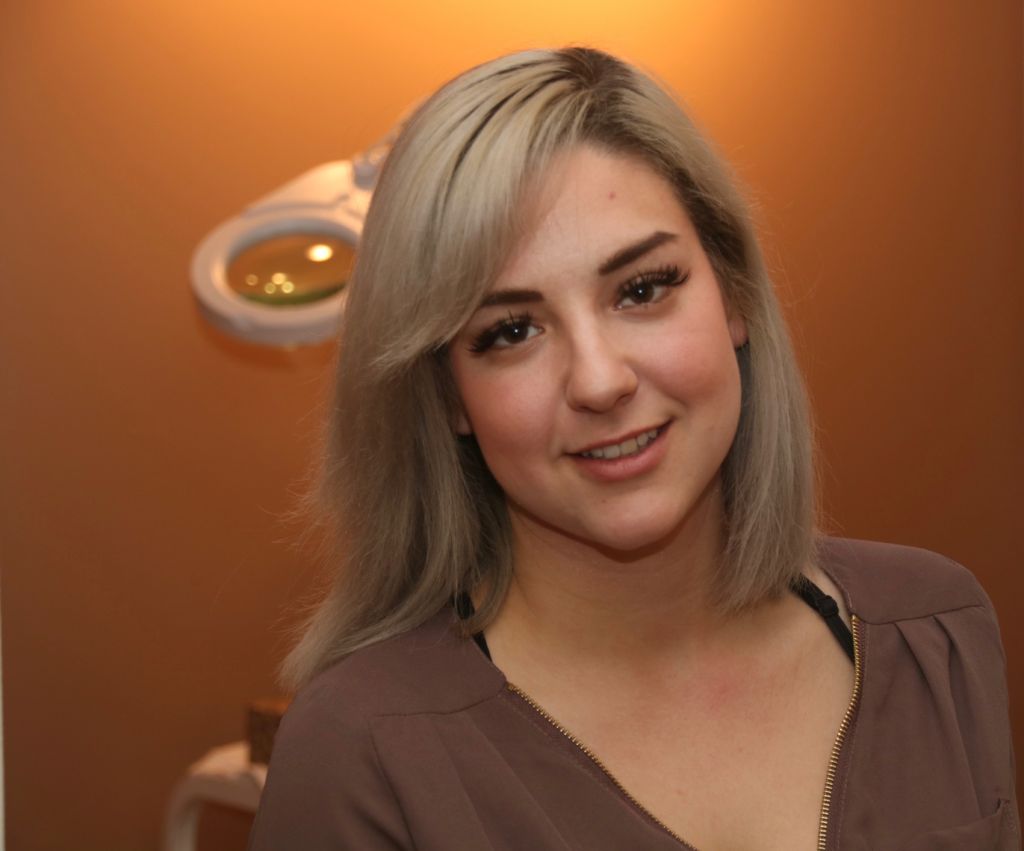 Monica Kulas, 22, is the owner of a company called Aubrey Lashes. She is located downtown at the Atlantis Beauty Spa and says that doing this form of art work is not only beneficial to her happiness, but shows that art isn't only about the artist, it's the way it makes other people feel. 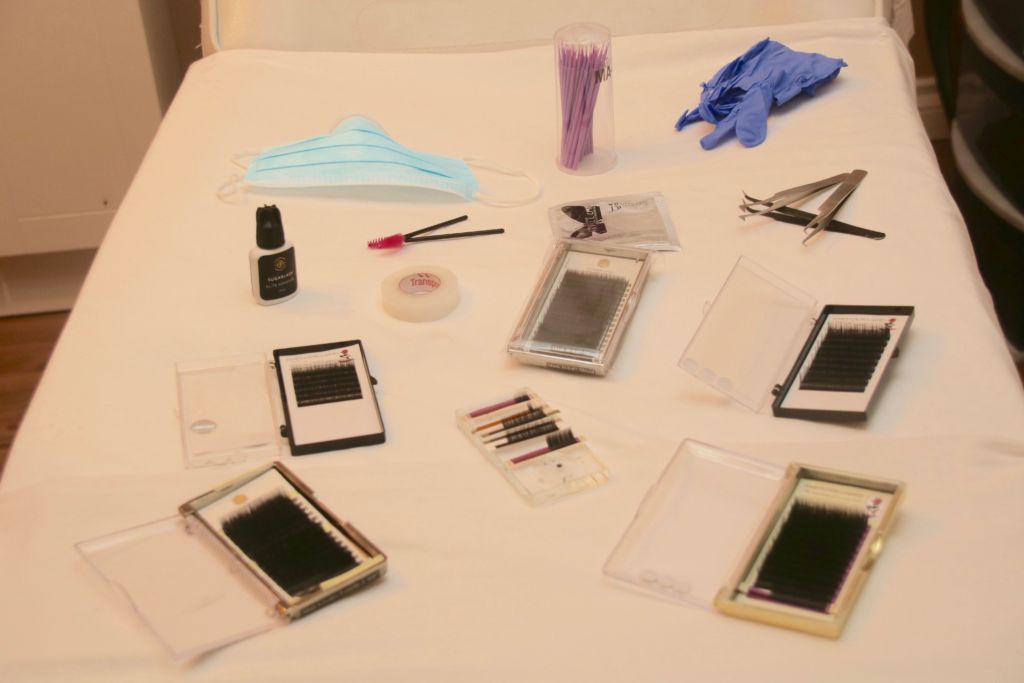 The supplies needed for Monica Kulas, a local eyelash specialist, to relay her creative passion through by applying eyelashes. 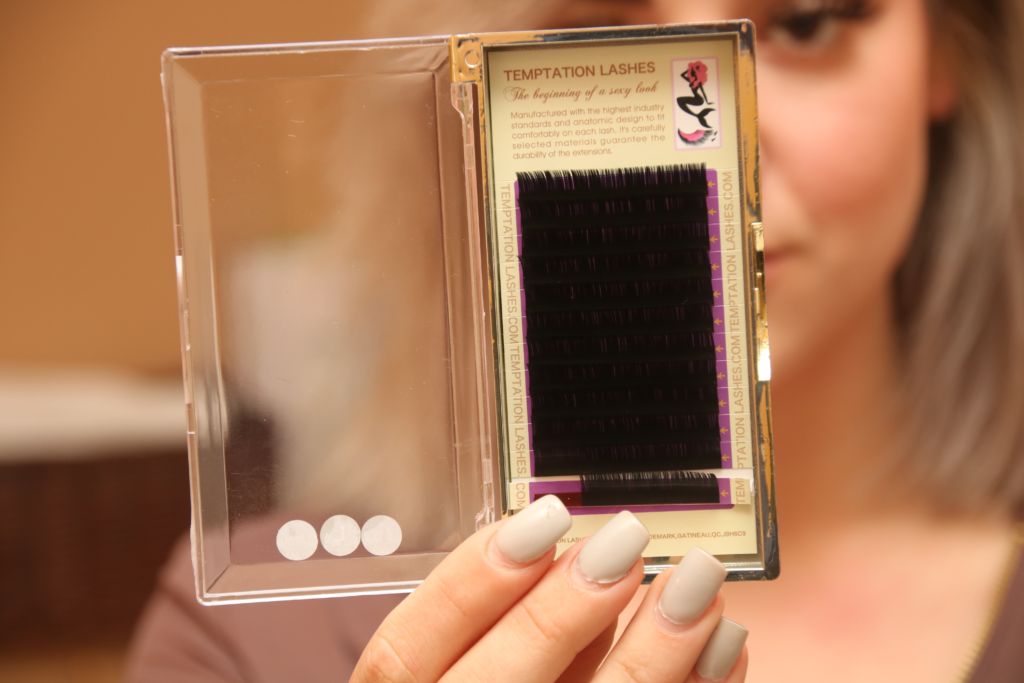 Just one of the three eyelashes she applies to her clients. The three forms are classic, volume and hooded. 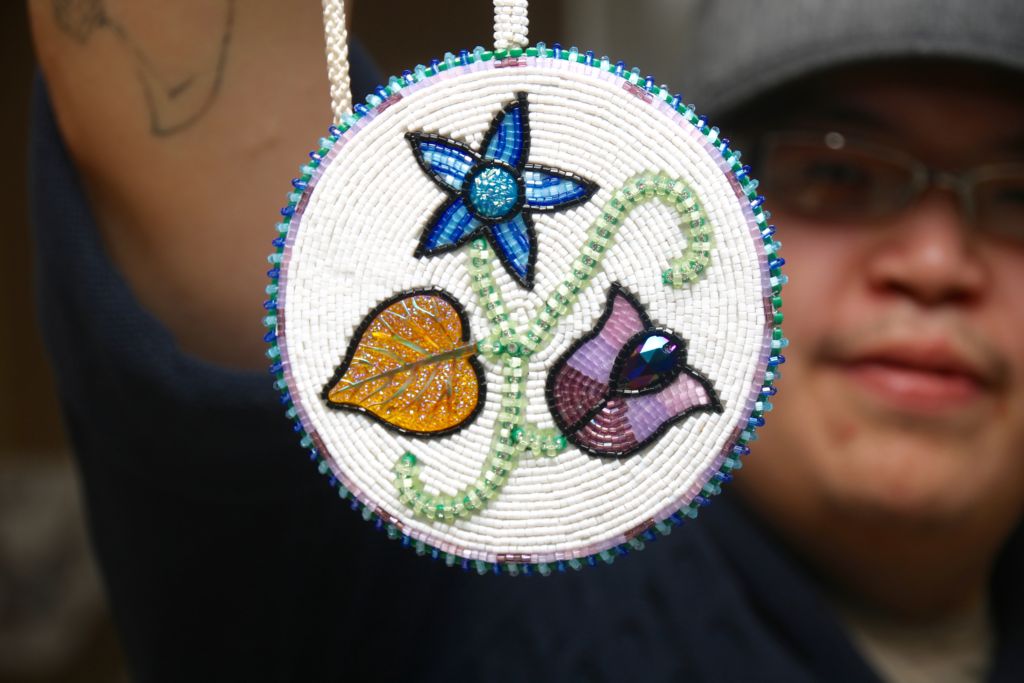 Sage Picody, 22, holding up a regalia that he is making for his girlfriend. He picked up beading roughly 4 years ago, and attempts to make one once a week. They take about 25 hours worth of time to complete, and although he began making it for therapeutic purposes, he has recently began selling them due to high demand. 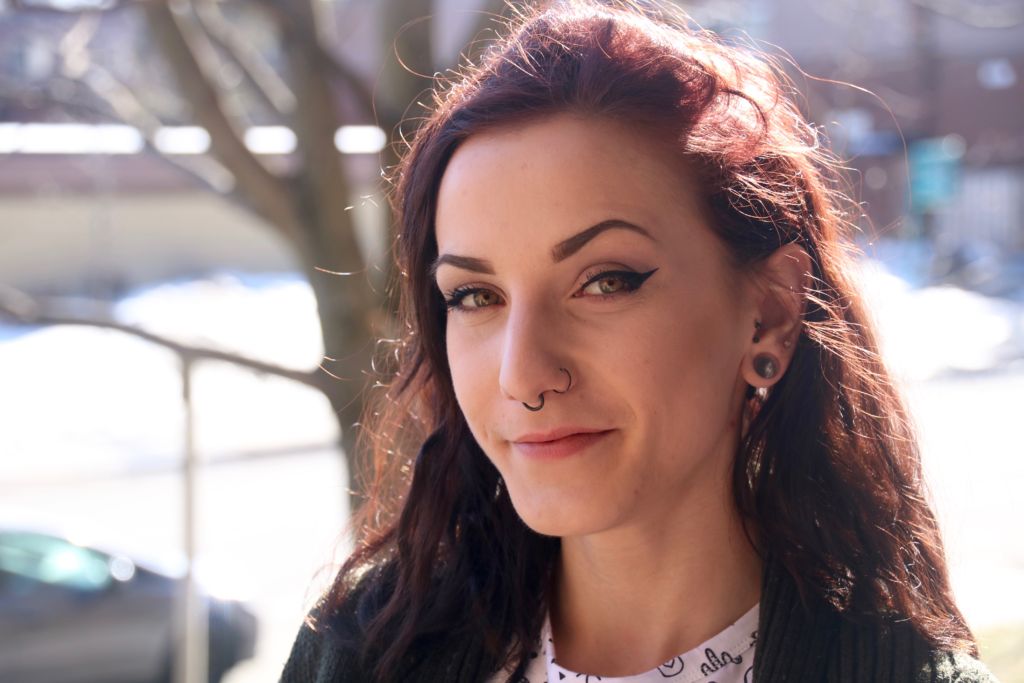 Raven Barr is a local ottawa artist and is a jack-of-all-trades in this field. From creating flowers out of ripped out pages of a book, to painting anything under the sun, she uses art as an outlet to relay her emotions.
Authors