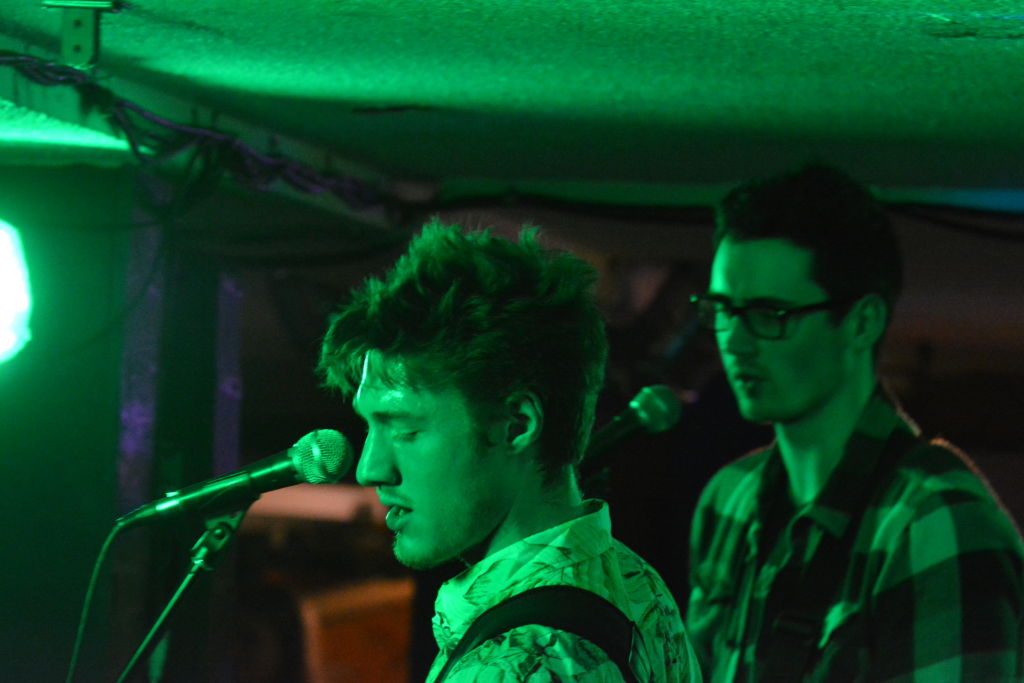 Lost at Sea performing at the House of TARG
Photo by: Harrison Field

The crackling of the speakers, the feedback from the mic, that guy that has been shouting through the band’s entire set; nothing like being in a bad venue. It’s of no fault to the band, there are just some places that were never meant to have musicians play there.

Phil Baril, the rhythm guitarist and singer for Lost at Sea, knows a thing or two about what makes a venue good or bad.

“It’s all to do with the shape of the room. Brass Monkey and House of TARG are in a basement, so the sound is muddier as oppose to a place like Greenfields or Bar Robo. A smaller coffee shop area like Bar Robo has a really nice sound for some reason, it just suits our music too,” says Baril.

One of the main factors that play into the sound of a band at a venue is the acoustics of the room. This affects the resonance of the music being played. The acoustics of a room cannot be changed easily since it is created through the structure of the building.

While the acoustics of a room can’t be changed, there are some things that can make a venue better for music; the first of which is having the proper equipment.

“Good speakers are sometimes worth all of the money,” said Garret Brink, the sound engineer at LIVE! On Elgin*, while preparing for a show.

Whether it’s at the music awards, New Year’s Eve ball drop in New York or at the bar around the corner, good sound equipment can make the difference between a great performance and humiliation on live television.

Just because a venue has good acoustics and sound equipment doesn’t mean that it is guaranteed to be an amazing venue; communication between the band and the organizer is just as important.

“It’s important to know what the band is walking into before getting there; will there be any back row equipment provided or do we have to bring everything? Is there going to be a backstage room or is it going to be standing area only?” says Baril.

The owner of LIVE! On Elgin, Jon Evenchick, has spent enough time in the business to know what to ask bands.

“We always need to know what their sound set-up is going to be beforehand. Knowing the set-up before saves time and has made the difference between a good and a bad show,” says Evenchick.

It’s also important for music venues to know their audience and cater to their needs.

“They need a place for people to sit and stand; usually people like one or the other so it’s perfect,” says Baril. “The music needs to not be really loud. People like to hang out, drink and relax too, so if the music is blaring it’s not that great of a time for them.”

Some genres of music sound better at different venues because of the sound equipment as well as the acoustics. A punk band may sound better in an underground venue rather than a café or coffee shop.

Of course, as a band, it’s always nice to have a little extra to add to the performance.

For those looking at exploring music venues in Ottawa, Baril recommends checking out Greenfields, Brass Monkey, LIVE! On Elgin and House of TARG to start.