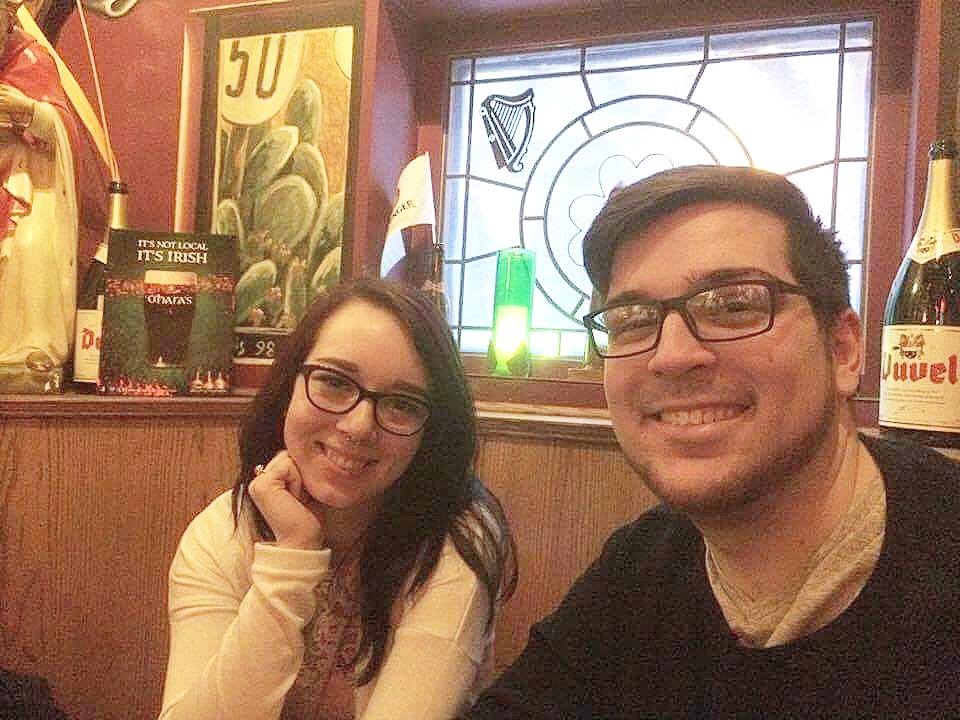 Laura Bode and her boyfriend, Andrew Halstad, feel supported after the loss of their home.
Photo by: Courtesy of Laura Bode

Only six days after Shauna Halstad created a GoFundMe account to support both her son and his girlfriend Laura Bode, 52 people helped raise $2,590, surpassing their $2,000 goal.

“Everyone has been so generous to us,” says Bode, Glue magazine’s digital coordinator. “We’ve had it better than a lot of people.”

Bode, is a second-year advertising student at Algonquin College who lost almost everything in a devastating fire at her building on Northview Road, on March 12.

She shared an apartment with her boyfriend, Andrew Halstad, and her advertising classmate, Neisha Horsfield.

“My boyfriend and I are staying at his parents for now,” says Bode. “We thought maybe we’ll be able to move back in but the whole building is uninhabitable.”

They were not allowed to go back into the building but teams were sent to retrieve what they can.

Minto has considered the lease broken, so the fire victims do not have to worry about that. They have also offered people other Minto buildings to stay in the main time, while they help them find new places this week. “We’re kind of hoping it’s a blessing in disguise,” she says. “Because, my whole life I’ve been saying everything happens for a reason.”

She says that so many friends have extended their hands to help by bringing in lots of foodstuffs and clothing. “We’ve had lots of help coming in,” she says.

Bode explains that she’s had some weak moments, but for the most parts she’s been okay, which is kind of weird. “I had my worst moment on Saturday, when I realized that I don’t have a home to go back to,” says Bode.

Her family lives in Pakenham, which is about 30 to 40 minutes away from Ottawa.

Support really helps when going through a traumatizing life event like this, she says. The phone calls and text messages she’s received – even from people she’s not spoken with for a long time – have all been great. “The more I talk about it, it helps,” she says.