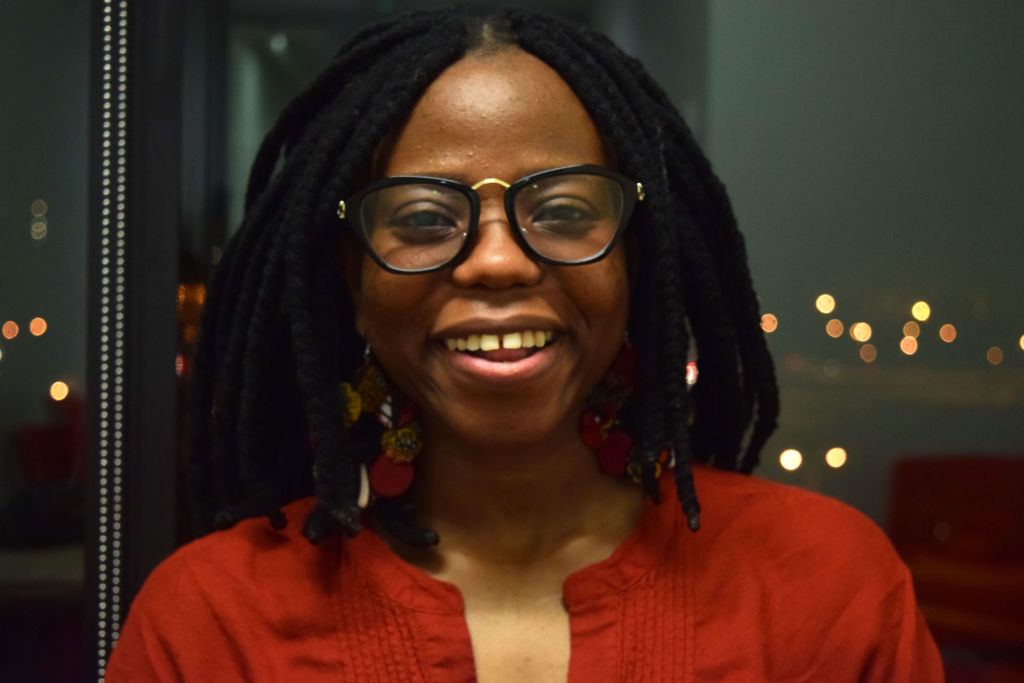 The best decision that I have ever made in Canada, other than getting a better winter jacket, was to go to an anglophone school—Notre Dame High School.

You see, I am from Burundi, a more francophone than anglophone East-African speaking country, so going to an English school was nerve-wracking.

I did not, however, make that decision by myself. My family helped.

My aunt, who’s been here for several years, counselled me to choose an English school, rather, than a francophone one.

January 2008, a month after my family and I arrived to Canada, we visited my aunt. She was sitting on her Dell desktop. My cousins were around the kitchen table and my mom joined them. I told my aunt that, like most Burundian kids, I wanted to go to either Ecole Secondaire Publique De La Salle or College Catholique Franco-Ouest.

My family felt that my French was enough for survival in Canada; my English, though, was abysmal.

They were not wrong. On our journey to Canada, I encountered a Greyhound clerk – in Washington DC –  who asked me if I wanted a “round-trip ticket” to New York and I was not able to answer her because I had no idea what she had just asked me. Seeing a baffled look on my face, she asked me again, this time using layman’s terms. “Are you going there and coming back?” she asked.

My family accentuated the benefits of being a bilingual in Canada. But, then, I was more concentrated on how I will survive in an anglophone school, so it is fair to say that their points fell on deaf ears. (Do not mention to my aunt that I was not listening to her.)

Bilingualism, according to the Merriam-Webster dictionary, is the ability to speak two languages. In Canada, French and English are the official languages of the land. So really, what are the benefits of being a bilingual in Canada?

Elodie B. Rothonca, a third-year student in communications at the University of Ottawa, came from Benin Republic, a francophone nation.

Rothonca, 21, who works at a Tim Hortons, says that being bilingual has benefited her because many of her customers speak French and she is glad to serve them. Moreover, some of her other jobs that she has held also required speaking and writing in English, she said.

She has been through her tough times trying to be a bilingual person.

She said that once people in the service industry hear her accent, instead of maintaining the conversation in English, they would revert to French.

“They seem and they think, ‘Oh, she’s black so let me start speaking in French,’” Rothonca said. “So, I am like ‘I can speak in English’ but then they would hear my accent and they would go back to French.”

Upon her arrival, her English was put to trial at the Columbia International College in Hamilton, Ont. Her travels to different Anglophone speaking countries, Ghana and South Africa, would give her an edge. So, she thought.

“I went there optimistic and proud about my English,” she said. “We did an English entrance test for the school and it did not go well. I had to start at the second lower level of the English language at the school, also known as English as a Second Language BO.”

She worked hard to start her “usual classes.”

“Learning English from BO was very challenging,” Rothonca said, “because all the things that I knew from back home, they were not applying the English rules here. So, I had to learn: new grammar, orthograph and vocabularies. It was very challenging. I had to take extra intense classes.”

Through the hard times, she had French to use as a refuge if she wanted to communicate something that she couldn’t find the words for in English.

At a dinning table, she said, she made complimentary remarks, in French, about a guy’s looks, to which the latter responded, in French, “thanks for the compliment.”

Using your other language as a refuge is something that Khelia Manirakiza knows well.

Manirakiza, 20, moved to Canada at 10-years-old from Burundi and has since “lost her roots.”

“I left at a very young age,” she said. “Contrary to my Burundian folks, who try to integrate within the Canadian society, my struggle is that I am trying to find my Burundian roots.”

Manirakiza, grew up in Toronto and did not have Burundian friends; the ones she had, her cousins, were conceived in Canada.

Manirakiza, a third-year student in psychology at the University of Ottawa, moved to Ottawa in 2014, a move she described as being “really grateful about.”

“Ottawa has such a strong Burundian community,” she said. “Basically, to me, Ottawa is Burundi 2.0.”

The capital city of Canada has played a role in reconnecting with her culture.

“I had lost my mother’s tongue to this country’s,” Manirakiza said. “And Ottawa has helped to regain it. By meeting, talking to people, listening to their experiences and their stories about Burundi, I live my Burundian life through them.”

Whenever Manirakiza is made fun of by her Burundian friends, for misusing a word or mispronouncing it, she quickly retreats to the two languages in which she is most comfortable: English and French.

Being bilingual also means that, at times, I must do literal translations which in most cases, depending on the language, comes off odd.

Literal translation of a French sentence to English has a high chance of leaving the listener scratching their head.

Rothonca has still struggle with “G” which is pronounced differently in French than English. So is the letter “J.”

Manirakiza is unable to give you a full movie review in Kirundi, if she’s able, she said, it’s very excruciating.