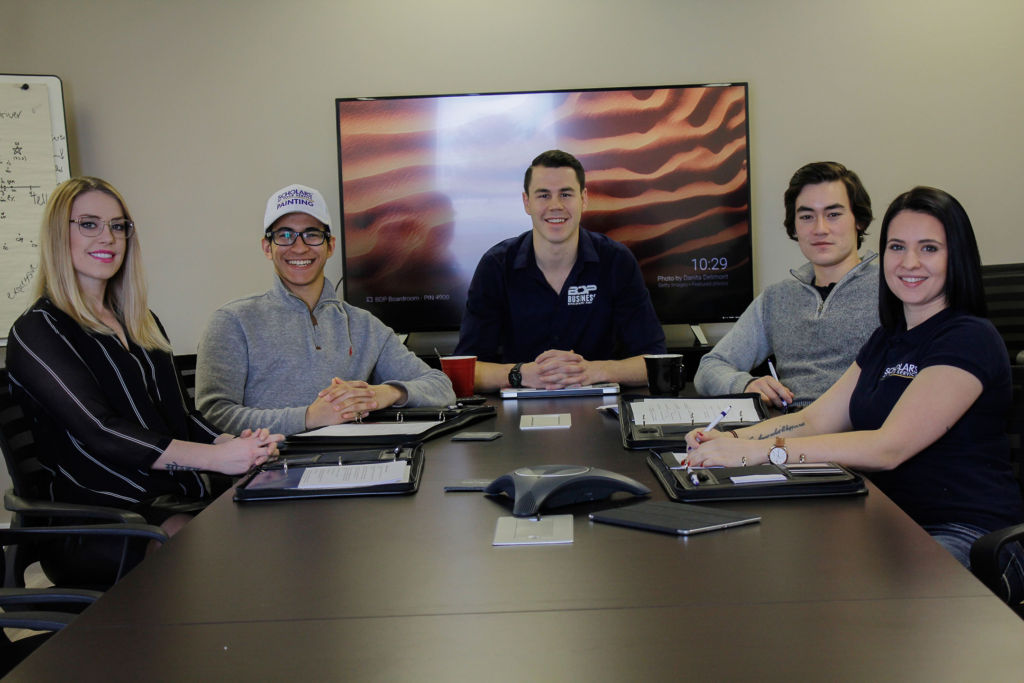 When Oliver Wolf, 24, joined the Business Development Program in 2016, it didn’t take long for President Nick Hamm to notice his performance, and more importantly, his results. Now, less than a year later, Wolf is the manager of his division and a head coach at the Business Development program in Ottawa. It’s not hard to move up in the business world if you’re willing to work hard and show great results, according to Wolf.

Many students and aspiring entrepreneurs have great business ideas, but often they lack the skills development and coaching it takes to make it happen. That’s where programs like the Business Development Program are ready to step in and help.

A few programs similar to the BDP – such as College Pro – already exist in Ottawa. These consulting companies are there to help students fulfill their entrepreneurial dreams with personal coaching and hands-on experience, but Wolf, who left College Pro to pursue better opportunities, says the BDP has certain qualities that sets them apart from the rest.

“Because we’ve been around for only a decade, the others have a very corporate structure and we have a lot more flexibility. We also have a very hands-on, results-oriented approach,” says Wolf. “Here, there’s a lot more room to innovate and grow personally. On the whole, the concepts are very similar, but I believe that our culture is a lot more family oriented. When I took this on, the first thing the vice president said was ‘welcome to the family.’”

The BDP was founded in Ottawa in 2006 by Nick Hamm and Brett Patrontasch. They started with the desire to offer hands on experience to students because they believe that theory and school is valuable, but it takes more to actually step up and run your own business.

The BDP is highly selective. Ottawa students can apply to the program on their website or through their Facebook page, and then there’s a 10-step process to decide which applicants will be selected. Those who are selected then work with the program under a painting business called Young Scholars at Your Service, a painting company, where they learn the skills they need to eventually build an empire of their own.

“The whole idea is that they create a model that can be implemented over and over again, and through that model we teach them the skills that they can take to the future,” says Wolf. “What’s a business that’s consistent enough that you can rely on it year to year? A simple service like painting lets us focus on transferrable entrepreneurship skills.”

Each student becomes a manager with their own turf that becomes their responsibility. Right now there are 12 managers in Ottawa, and over 50 in total including their Toronto, Montreal and Vancouver divisions.

“I get to really push them out of their comfort zones with this opportunity,” says Wolf. “I’m teaching them technical skills, like sales, but I’m also teaching them life skills like time management. I’m really teaching them to push themselves to become their best selves.”

The BDP also has an incubator program, which allows the students to pitch a business idea of their own after two years with the program. However, that period is subject to change if the results they’re showing with the company are noteworthy.

“It’s a very results-oriented company, which is what entrepreneurship is all about,” says Wolf. “Here, you need to be showing results to move up.”

But it’s not all work and no play. The BDP operates under a ‘work hard, play hard’ model, and Wolf says the atmosphere is very relaxed. They even have a ping-pong table in the office that is put to good use. They go camping together, they have paintball happening in May and they’ll even go out for drinks as a team after hours. Wolf says that although business always comes first, having balance and knowing one another on a personal level is an important part of being a functional team.

Glue had the chance to catch up with a few of the local student managers working with the BDP to find out why they love being part of the program.