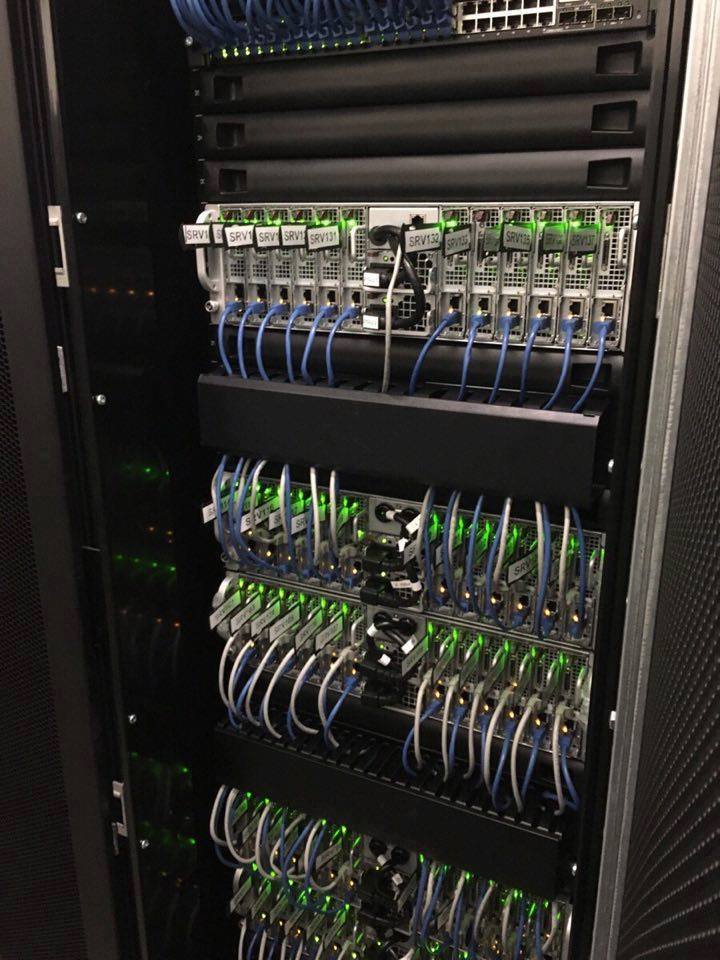 The new market of server hosting is fast changing, and Host Havoc hopes to provide a quality alternative for people around the world.

Clay Berndt, the found and CEO of Host Havoc, is only 19, but has been working on learning the technical knowledge behind game servers since he was 12.

Host Havoc has multiple physical servers located over a number of different countries including the United States, Canada, France and Australia.

“It permits us to serve clients which we otherwise wouldn’t be able to,” says Berndt regarding server locations.

Even though there are locations in a number of countries, Berndt has not run into any legal issues when expanding Host Havoc’s market.

The company existed for a few months in 2014 but had to close. It reopened in June of 2015 and has been open ever since.

“I started in March of 2014, though was not able to sustain the business and shut it down after about seven months. I had a few side projects going on then, all game server related,” says Berndt.

Because it is a relatively new technology, the clients don’t judge judge the businessman based on his age.

“I think the biggest issue is that younger people fail to realize the surplus of information available to them, thus become reliant upon others, more particularly those they look up to,” says Berndt.

Business and financial advisor, Christopher Johnson, is also 19-years-old, but shares the feeling that age has not been a hindrance for the company.

“Most people just assume that Clay and I are in our late 20’s or early 30’s and can’t tell at all when we are emailing them or responding to support tickets online. Even some of the adults that Clay employs forget how old we are or don’t care, they just care that we’re competent,” says Johnson.

Johnson became involved in the company by talking with Berndt about it at school.

“Clay and I used to talk about his business between classes and after school. Then he sent me some expense reports to look at and I put them together for him and that’s how it got started. Clay’s the mastermind behind everything, I just suggest things from time to time and try to help him out with stuff that he would rather not focus on,” says Johnson.

Both Berndt and Johnson have some history with the technical side of game servers. Berndt was a client of server hosts and worked on providing servers for his friends for about six years. Johnson, on the other hand, has family ties.

“My Dad is in software so I knew some background. I tried answering support tickets for two weeks, however it really wasn’t my thing. I understand the technical side more than enough to be able to understand the business model and the nature of tis transactions and to be able to explain to people like our accountant how it works in a way that they can understand,” says Johnson.

The company has a small staff of seven the servers running.

“(RAID configuration) mirrors the hard drives so that the data is persistent across two disks. If one fails the data is still on the other which can then be replicated onto a new one after the failed disk has been replaced,” says Berndt. “We run all of our systems in a RAID configuration to ensure no data loss in the case of hardware failure.”

Host Havoc currently serves about 30,000 clients around the world and is hoping to expand.

“It has pretty well been a snowball effect. January 2016 is where it leveled off. We grew on average 10 to 15 per cent recursively month-to-month until reaching that point. We’ve certainly grown noticeably since then, but not at that rate until this past week, where we’ve grown our client base by 20 per cent in just seven days with the expansion of some new services,” says Berndt.

In the coming months, Host Havoc is hoping to continue to grow in their current markets as well as expand into others. They plan to do this by outsourcing developers and using their existing contacts and assets to provide for other projects.