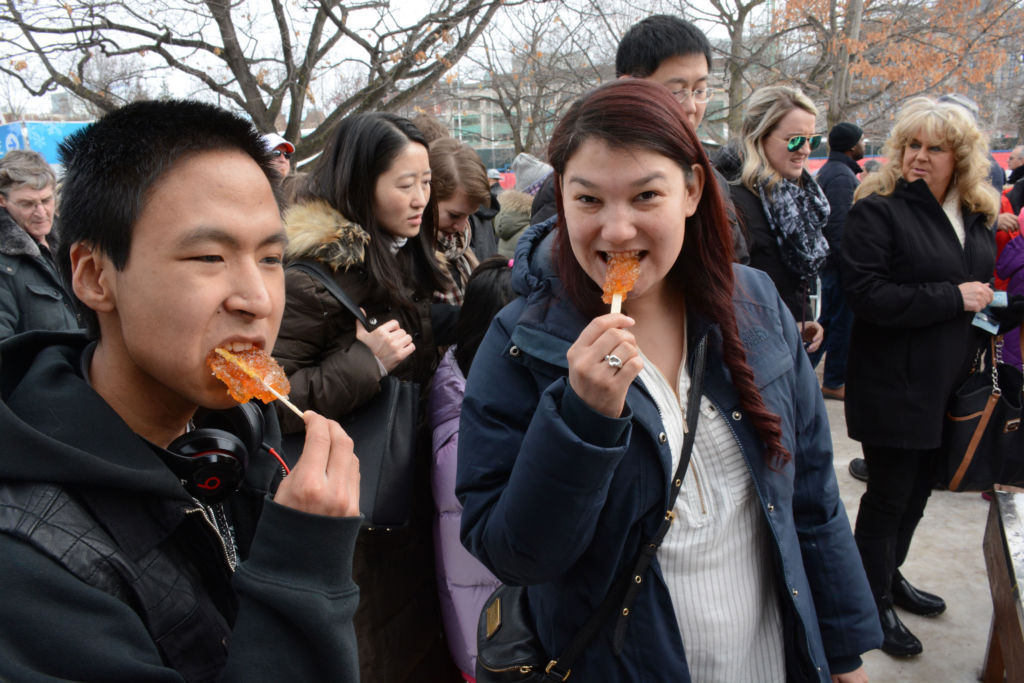 Every year Ottawans and visitors to the city await the first signs of spring. Not just for the milder temperatures but also to celebrate a Canadian tradition that dates back to before the seventeenth century– maple syrup season.

Temple’s Sugar Bush has had a residency at Winterlude for seventeen years. Since the beginning, Temple’s has set up troughs of snow in Confederation Park and along the Rideau Canal where the winter festival events take place during the first two weeks of February.

Inside each of the small wooden shacks, pints of congealed maple taffy are heated back to a liquid then poured in a straight line over the ice-packed troughs. Just before the ice cools the liquid back into taffy, it is rolled onto a popsicle stick and voilà – maple lollipop.

Moira Wilkie, general manager of Temple’s, has been working at the Confederation Park stand for the past three years since she began working at Temple’s. 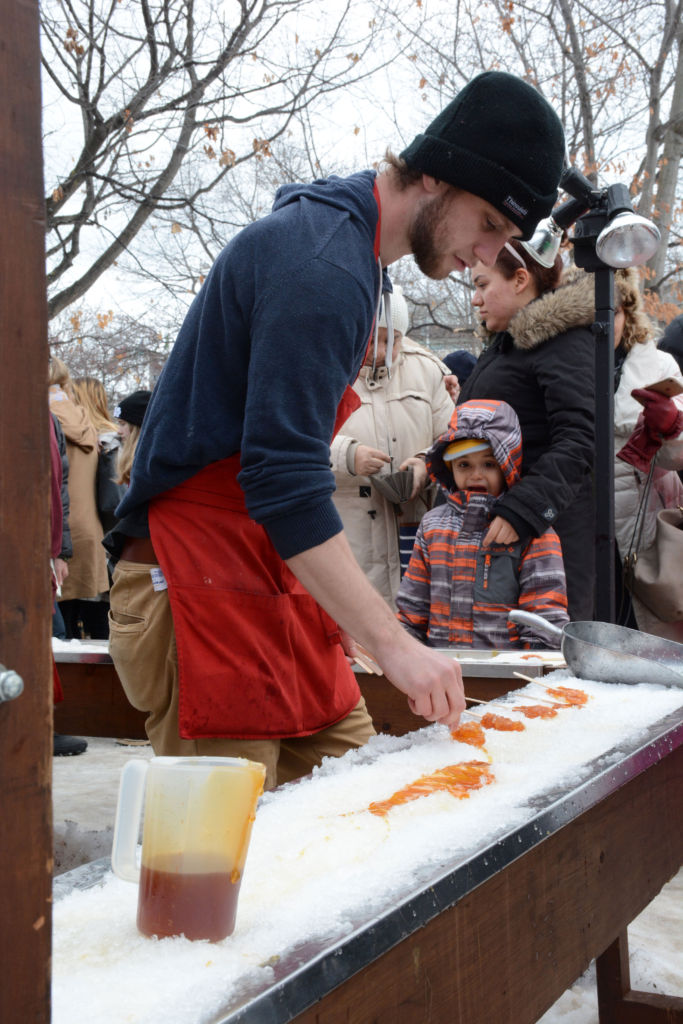 “Every year it’s the same, there’s many people who haven’t tried it,” says Wilkie.

“But then there’s lots of people that it’s like going down memory lane.”

It is difficult to trace the origins of this delicacy. While many have tasted the sweet taffy throughout their childhood, many others as Wilkie says, try it for the first time at the Temple’s stand throughout Winterlude.

Akpene Kwamie, an economics student at the University of Ottawa, is surprised she had only tried the taffy this year. “They give them out for free at our school for a week during Winterlude. But usually I go for the Beavertails,” she says.

Others like Algonquin College student Jessie Qvunirq, who has tasted the treat before, bring their friends from out of town to try it. Qvunirq brought his friend Malaya Qaunirq-Chapman who is visiting from Iqaluit, Nunavut to taste the maple taffy.

Others receive their first experience with maple tapping by working at the Temple’s kiosks. According to Wilkie, students like Andrew Cross, who is studying physics at Carleton University, make up the bulk of her staff.

“I knew Andrew as a young boy in high school playing basketball, he was friends with my son,” says Wilkie. “That’s actually where I get a lot of my staff. People that I know that are twenty-something and need work.”

Cross had no prior experience working with maple tree tapping but while working with Temple’s has learned a lot. “I’ve worked here for the past two years and it’s been great ever since. They give us a whole fact sheet,” says Cross.

Though the history of tapping maple trees is vast, it seems there are still plenty of newcomers to the experience.