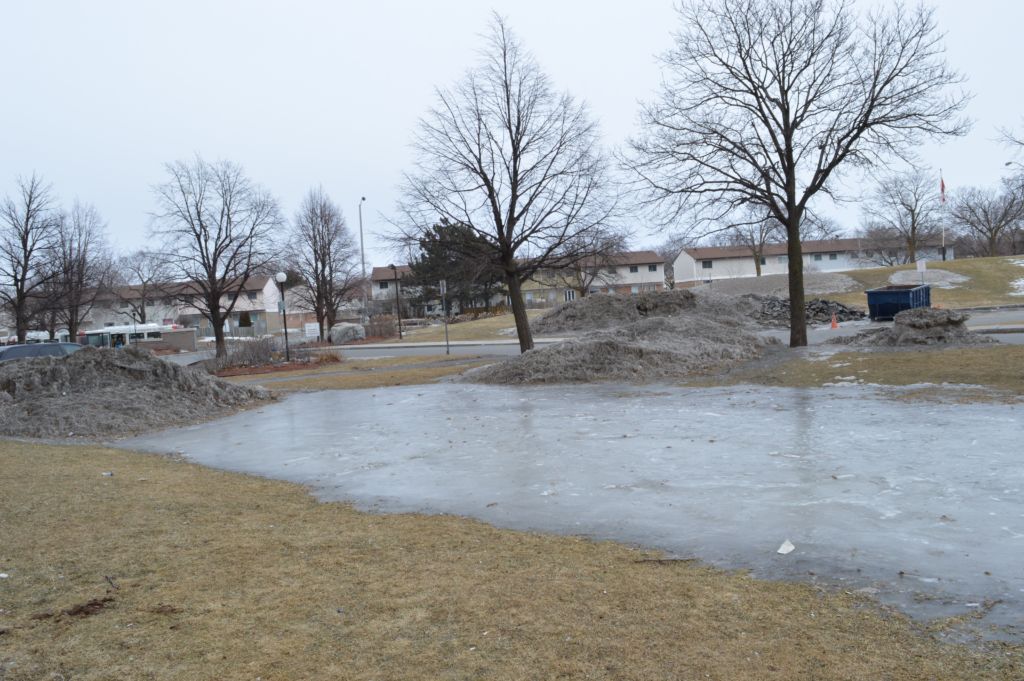 When Danielle Khairallah, a graduate of the veterinary technician program at Algonquin College, lived in Lebanon, she used to look at the sky and she’d have an accurate guess of what the temperature and weather would be like.

“I could look at the sky and figure out what I could wear,” she says. “So every morning I looked outside my window. The sky generally gave an accurate estimate if how the weather would be. Bright blue sky, warm day. Grayish sky with no clouds, not too cold, possible rain. Dark gray with clouds, storm and rain.”

But in Ottawa, things are different. “Here, I have to check the weather cast every day before making that decision.”

Khairallah moved to Ottawa four years ago. “In Lebanon the winter is usually around 10 degrees in the city, and around 0 degrees in the mountains,” she says. “When I moved, they told me I’d have a culture shock. I didn’t. I had a weather shock instead.”

Although Ottawa isn’t experiencing winds as strong as those that lifted the roofs in Newfoundland last weekend, nor are we having snowstorms as bad as New Brunswick, we’re dealing with a pretty unusual cold snap in Ottawa right now. And now: the snow again. And, if you’re not used to it, especially after the warmth of last week, it can get pretty bad. Last year, during this same period, temperatures above the zero were the norm, with only a couple of days during the whole month of March going below.

But Khairallah isn’t the only person who moved in Ottawa to find the weather hard to cope with. “If I don’t have to, I don’t go out during the winter,” says Xingjian Meng, a finance student at University of Ottawa. “It’s too cold.”

Meng moved to Ottawa three and a half years ago. “I never really adapted to the cold,” he says. “In China, where I’m from, it’s warmer.”

This weekend’s cold snap took a lot of people by surprise. “If you own a car, it’s fine,” he says of having to, say, run an ordinary errand like groceries in this weather. “But if you have to walk, I don’t think it’s a good idea.”

Ottawa winters are harsh, and if you’re new to them, it can feel tougher. “I still haven’t adapted,” Khairallah says. “It’ not traumatic anymore, but I can’t stand the cold.”

How does she feel about winter’s harsh return? “Fed up,” she says. “Winter here lasts way too long.”