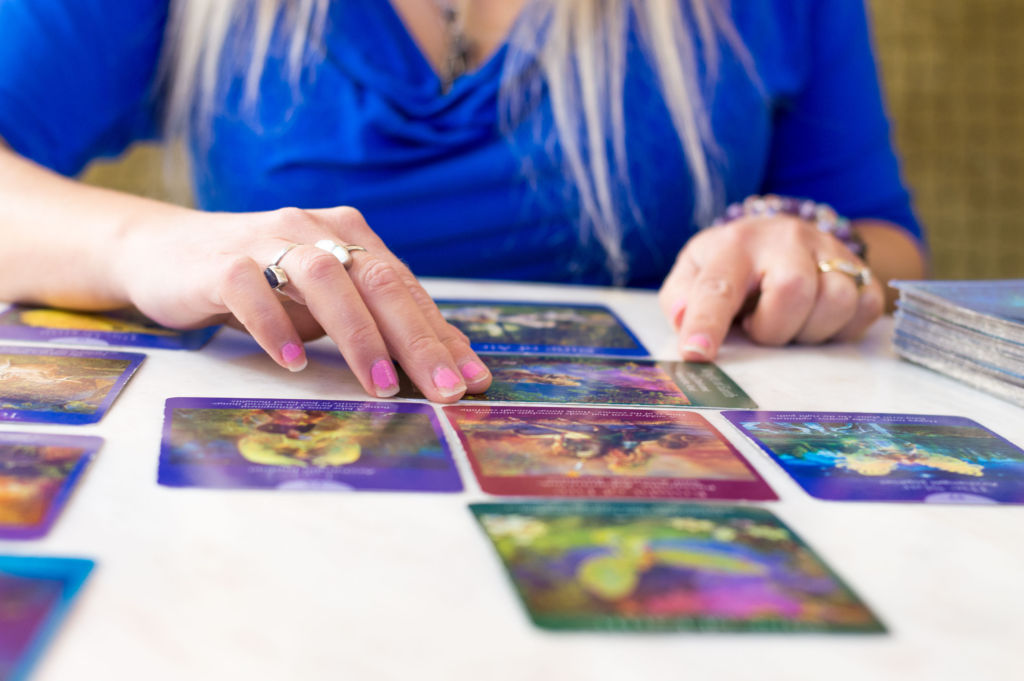 Most of us see mysticism as a party trick but despite this there are working psychics who preach and practice their craft.

Tarot cards, crystals, chakras and energy healing are something most people dismiss entirely as hocus pocus or party tricks but for others, it’s their way of life.

Gabriella Studor is a local psychic who communes with “Spirit” to provide insight into the physical and spirituals lives of people. “Spirit” refers to the energy from the creator, angels, archangels and other guides.

“A lot of psychics don’t like to be called ‘psychic’ because the term can have a stigma attached to it,” said Studor.

In particular, Studor says she is a natural healer and she calls herself an “intuitive” or an “intuitive healer.”

Studor uses a variety of tools to perform readings including Tarot cards and Oracle cards. While Studor does perform readings she says she excels as more of a healer, she uses theta healing, Reiki and integrated energy therapy.

Studor says she has felt a connection with Spirit for all her life but it was not until the birth of her second child that she began to explore it. Studor suffered from postpartum depression and it eventually led her to have an Oracle card reading. According to Studor her postpartum depression was a sign she was undergoing a spiritual transformation and in the last seven years Studor has been studying and practicing her craft as a result of it. 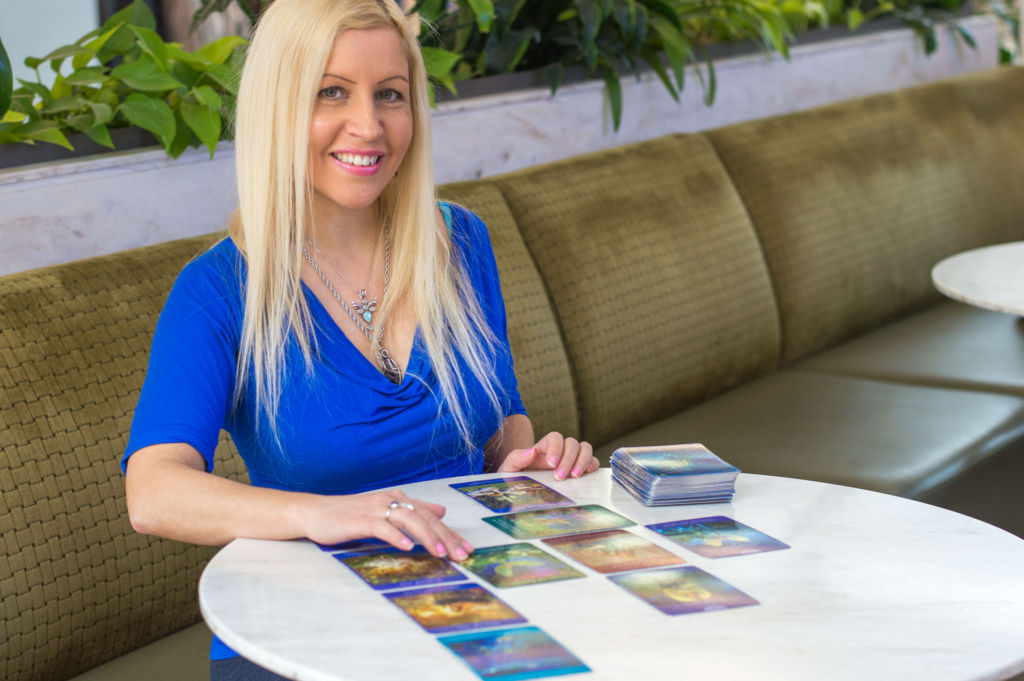 “You can’t force anybody to believe,” said Studor.

Studor says she goes into all her readings and healing sessions with an open mind and hopes people are coming for genuine reasons. She acknowledges that some people may only see her out of curiosity but she tries to help her clients to the best of her abilities regardless.

“It really brings me joy to know I’ve been able to help someone,” said Studor.

Studor warns against seeking the advice or psychics who frequently ask for money or ask people to buy certain products because they are often scams. Although she is optimistic that frauds are few and far between.

She also says that some psychics use their powers to send negative energy to people as a form of extortion. Studor says that if someone is sent bad luck it can be corrected by another psychic or even themselves if a person is properly trained.

Jen Hall is another local psychic that uses healing with clients but she is also a medium. Hall communes with Spirit which includes the deceased who have since passed on from this world.

“If someone told me I was a medium or I was going to do this for other people I would have laughed in their face,” said Hall.

Hall says she began her psychic research three years ago when she decided to stop fighting something she had always felt a connection to. She says that once she was feeling increasing anxiety about life and parenthood and she felt it was time to do something different with her life.

According to Hall, if someone is truly psychic they don’t need any psychic tools like Tarot cards to perform a reading or contact Spirit. Instead it serves as a visual prompt and because of this a psychic can use any tool to channel spiritual energy.

“I talk to dead people every day, that’s what I do,” said Hall.

When Hall acts as a medium she encourages her clients to keep an open mind to whom they want to speak with. According to Hall she is not always able speak with the spirit of the desired person at first but it is important for her clients to get as much as they can out of the spirits she does commune with.

“I think it’s important for [people] to have some skepticism over whether I can communicate with their loved ones or not,” said Hall. 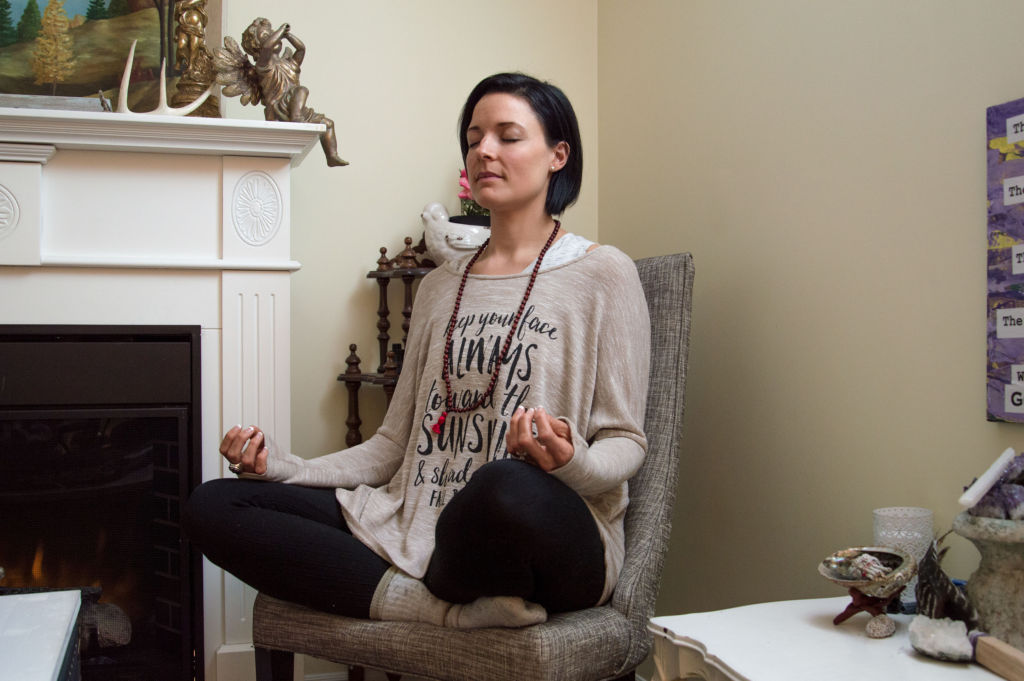 Hall stresses that she takes her mediumship seriously and she understands the ramifications her readings can have on a person’s life whether it’s bring them closer or guidance.

Hall says that most of the people who are non-believers haven’t had positive experiences with psychics and they simply need that experience to open their minds to it.

Hall believes that more people are becoming accepting of psychics because more people are seeking out the services. She says that she is currently booked solid until next year with clients seeking healing or mediumship.

When I spoke with Studor she performed a Tarot and Oracle card reading for me and immediately identified that I have a food sensitivity. I’m a vegetarian and the night before I spoke with her I accidentally ate something with meat and it was not agreeing with me. Perhaps it was a lucky guess, she heard my stomach turning or maybe she knew something intuitively.

Studor also said that my current relationship, or the one I will be entering into soon was a source of “undying love” that is continuing from our past lives. I just celebrated my second anniversary with my girlfriend so that would be a sign I have found true love. Then again, who wouldn’t want to hear that someone has “undying love” for them?

I can’t say for sure if Studor and Hall are the genuine article or not but I think I’ll keep my girlfriend around just in case.