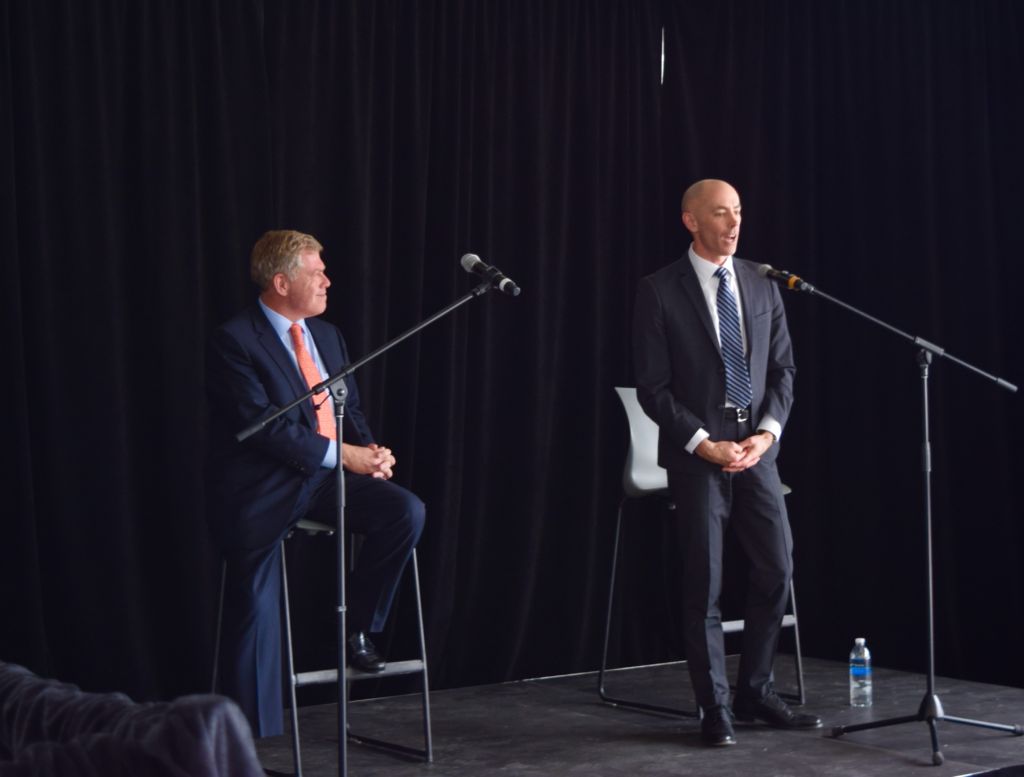 The men recently wrote a joint column for the Globe and Mail, addressing their American counterpart, Sean Spicer, about how to be successful at his job as the White House spokesperson.

In a discussion about the controversy going on in the United States with regards to Trump’s government, an audience member asked if the president is a liar. “Yes,” Donolo answered. “What’s even scarier is, he believes his own lies.”

MacDonald added that he thinks Trump legitimately doesn’t understand the impact of his words and the power of his position.

Although the two men served under different political regimes in Canada – Liberal and Conservative – they share certain commonalities in their former positions.

And students both in public relations and journalism can learn from their experiences.

A key focus of the event was to enlighten students on media relations and credibility.

“Media is changing, and the most interesting part of it is that people think that journalists make good communicators because they know how media works,” says MacDonald.

However, this is not entirely true, he explained.  Journalists are trained to take in facts and turn them into stories. This can make them valuable if they move into communications positions.

Journalists, MacDonald explained, play a key role in adding value to the stories they tell and how they tell it. “Journalists have an obligation to do their job in a way that is credible,” he says.

Another key belief both men share is that the most important thing in life is to be passionate about what you do and how you do it – especially when communicating with people.

“It is always smart to think before you talk,” advises Donolo.

This can mean speaking truth to power. What this means for a communications person is that you want to have a point of view and be able to defend it to your boss.

“You have to be able to tell your boss the truth, even when the truth is uncomfortable,” says Donolo.