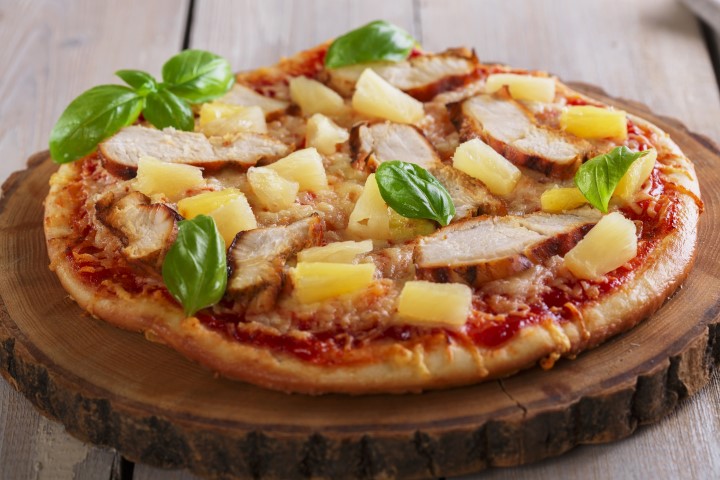 The world is in chaos, and Glue decided to stir the pot even more by asking our readers one fundamental question every food lover cares about: is pineapple compatible with pizza?

In a recent Twitter poll, the majority of Glue readers chose “tasty” over “gross” when it comes to pineapple as a pizza topping. 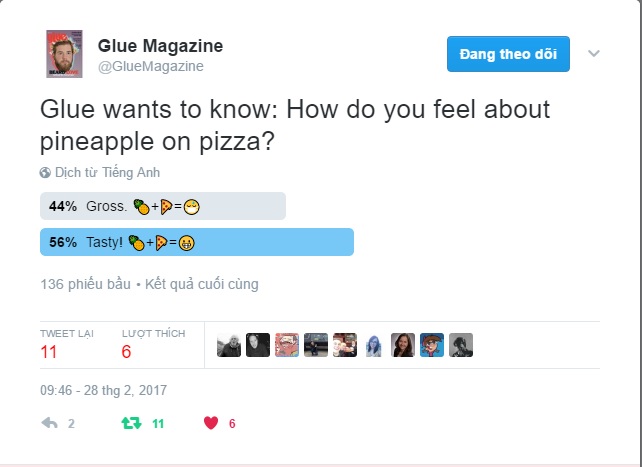 “My prayers are with all those who voted pineapple,” tweeted user @LiamFowlerIII1, referring to the 56 per cent of the votes that went to the pro-pineapple camp.

The total numbers of votes was 136. Interestingly, in a similar poll conducted by CNN, which received roughly 100 times more votes, the rate was the same.

“It [pineapple] just tastes good and I don’t see why everyone calls it disgusting,” says Beth Richer, a first-year cognitive science student at Carleton University.

Pizza’s recipe is open to modification, which makes people try the most bizarre ingredients on it, such as anchovies, green peas or even banana curry.

“Basically, pineapple on pizza equals God’s food,” says Lauren Devolin, a second-year early childhood education student at Algonquin College. “It’s the mix of sweet and salty. The sweetness of the pineapple, the salty of the cheese.

But it is also the sweetness of pineapple that irritates people.

“It’s gross because it’s too sweet with a meal like pizza,” says Tab Kennedy, a first-year environmental science student at Carleton. “Having overly sweet fruit on a bread, tomato, and cheese just clashes and tastes gross.”

According to Kennedy, pineapple pizza becomes nauseating the days after being baked, because the pineapple chunks underneath solid cheese will turn black.

The pineapple controversy re-emerged recently after the Iceland president said that if he had his way, he would make pineapple on pizza illegal nation-wide.

Although Kennedy says she would “avoid pineapple toppings at all costs,” she wouldn’t support such a ban because it’s “kind of silly.”

Pineapple is a trademark ingredient on Hawaiian pizza, dating back to as early as 1962. Despite its tropical name, Hawaiian pizza is actually a Canadian creation, according to the Food Network.