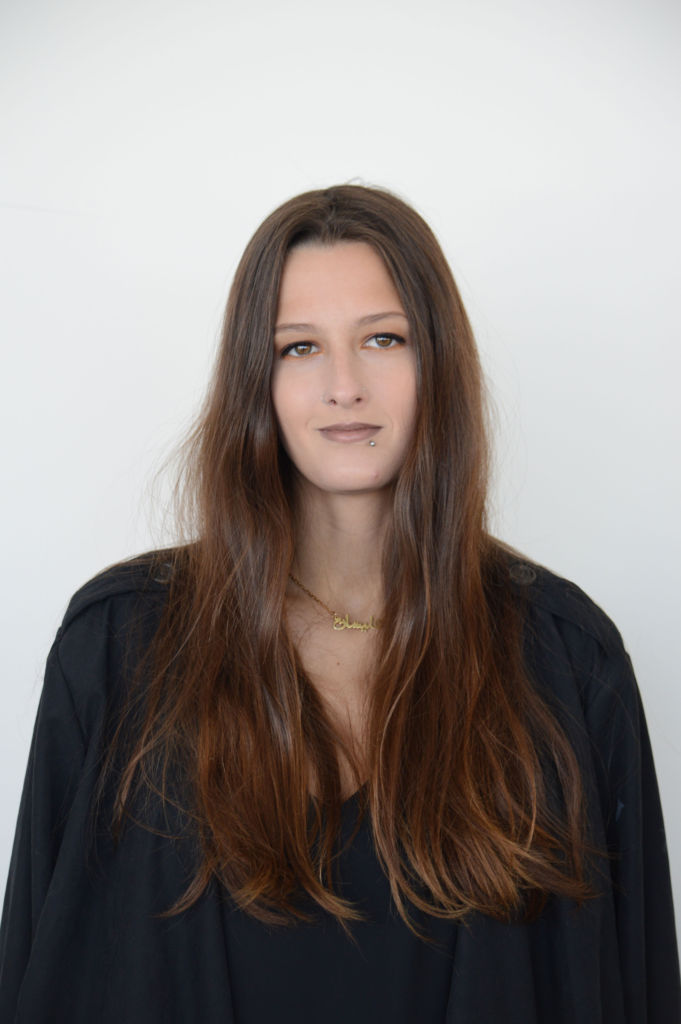 When Alison Doyle was at one of her lowest points in life, she used graffiti to express herself and painted the word “Cure” to reflect her struggle with mental health and addiction.

Now nearly four years sober, Doyle runs an e-commerce clothing business to express her creativity while raising awareness for mental health and addiction issues. The business’s name is Cure(d)2 and was inspired by the word she once wrote during times of struggle.

“I wrote the word ‘cure’ because I was always searching for a cure for mental health and addiction, so then I kind of changed it to cured,” says Doyle. “Despite the fact that there is no actual cure for mental health and addiction, I think that it’s important instead of taking an approach of like ‘there’s nothing you can do,’ it’s learning to live a healthy life, be happy, have healthy relationships.”

Inspired by street culture elements like skateboarding and graffiti, Cure(d)2 was started by Doyle in December 2014 soon after she enrolled in the business management entrepreneurship program at Algonquin College.

“At the end of November in the first semester, I was like, ‘I don’t want to be twiddling my thumbs by the end of this course and not have anything to show for it,’ so I might as well start it out and see what happens,” says Doyle.

She settled on clothing due to her artistic nature and because she felt that it was the best way to get her message out.

“It’s a way for people to open up to one another because mental health still has a lot of stigma attached to it so it’s still really difficult for a lot of people to talk about it,” she says. “It’s supposed to get people talking.”

Doyle has consistently carried out the majority of the work gone into the business by herself, however, she has had some help from friends along the way. One of them is graphic designer Rae Congdon, who helped create some of Cure(d)2’s designs but says that Doyle is the true artist.

“Ali really is the mastermind behind the concepts,” says Congdon. “My main role was to help digitize the designs so that they could be sent for production. She would send a sketch or have an idea in mind and with that I was able to go into Illustrator and Photoshop and create the final vectors.”

“Ali definitely doesn’t have one specific thing that she draws inspiration from,” she added. “The ideas are a reflection of her lifestyle and thoughts floating around in her head. I think that’s what makes Cure(d)2 such a great brand; it features designs that appeal to a lot of people, but stays true to Ali’s personal aesthetic. She doesn’t want anything on Cure(d)2 products that aren’t meaningful to her.”

However, Doyle says that choosing designs with certain elements like pills to reflect mental wellness and sobriety can be difficult task.

“It’s a fine line, where you’re not trying to sell and advertise sobriety because the target market is 18 to 26 year olds and the majority of people drink,” says Doyle.

“It’s kind of interesting how people might perceive a design like this. Some people might think ‘Oh cool, drugs,’ but that’s not the message behind it.”

The designs are currently printed on a variety of clothing options like dresses, hoodies and t-shirts, but the selection was much smaller in the beginning due to financial constraints.

Doyle had initially purchased inexpensive beanie style hats, stamped on her own logo and sold them for $12 with the intention of donating 50 percent of the sales to Meadow Creek rehabilitation facility.

But like any young entrepreneur, Doyle faced her own set of challenges early on.

“I didn’t understand the difference between sales and profit at the time,” she says. “I advertised it as being 50 per cent of sales, so because of that, I barely broke even but it was a good lesson to learn.”

Despite the financial hit, Doyle still wanted to use her company as a platform to do good.

“From the start, I wanted to make sure I was sticking to my values as a business owner,” she says.

A few months later, Doyle decided she wanted to raise $1,000 for the royal Royal Ottawa Hospital so she created a Go Fund Me campaign to supplement the sales of the hats and managed to reach her goal.

Now nearly two years in, Doyle wants to continue growing her company while spreading her message, but still faces financial challenges due to a lack of capital. Although she combats this by continuing working on the business on her own without hiring additional employees, it’s not the easiest thing to do.

“It is hard wearing every single hat,” she says.

She’s also working on condensing and altering her business plan and applying for a $10,000 grant that she hopes will give her the means to bring her ideas to life.

“There’s a lot that I want to do, it’s just that money is an issue,” she says.

But no matter, what, Doyle says her main focus will continue to be advocating and raising awareness for mental health and addiction.

“I like to be extremely transparent when it comes to businesses,” she says. “I think it’s the best way to be.”