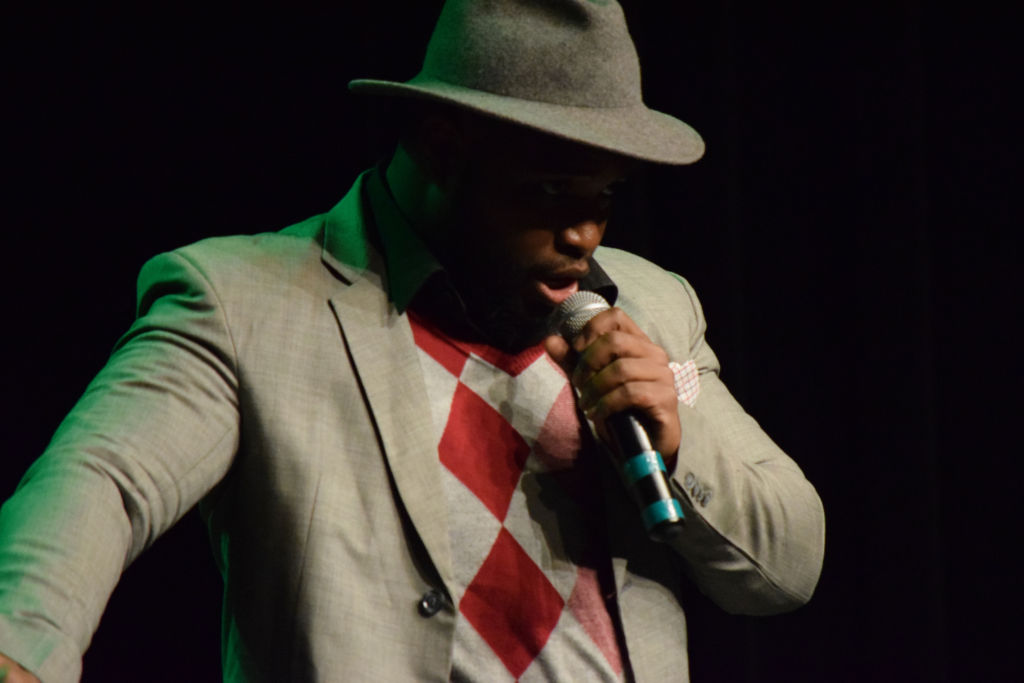 Régy De La Cruz-Abraham, an alumnus of the University of Ottawa, makes the crowd go wild as he sings a portion of Lean On Me, a Bill Withers song, in a deep voice during Soulful Expressions, an event tailored toward the celebration of Black History Month.

With more acts than the event had the previous year, the 150 attendees were in for an incredible night.

“Performance wise, it was amazing,” says Lois Oladejo, co-president of the BSLA. “Compared to last year, we had, I think, 10 acts and this year we had 16 acts. It was a lot more and it was, honestly, an amazing show.”

Not all who were on stage were performers.

Two masters of ceremonies were on top of protocol.

Morissa Ellis, one of the masters of ceremonies, admitted that she was no poet but with panache led the crowd on a recitation of an Onika Tanya Maraj’s, also known as Nicki Minaj, verse of the song Monster.

Ellis stopped and the audience followed suit. Like a disappointed mother looking at her disappointing child, she did not appear amused with the fact that her audience didn’t go on.

“I throw you one line,” Ellis jokingly berated the crowd. “And you cannot continue?”

Laughter erupted from the crowd.

The event also featured plays that illustrated the parents’ fury whenever their child introduced them to someone who did not meet their unattainable standards of perfection.

“The skit was about hypothetical situations,” Naomie Joseph says. “Like bringing home a partner that is far from ideal to one’s parent.”

Joseph impersonated a Haitian mother with a daughter who brings home a self-proclaimed entrepreneur with an attitude instead of a doctor. The audience, knowing that the mother will not approve, laughed.

“It is a crowd’s favourite,” she says. “Something that the people look forward to.”

“The sketches were entertaining and quite funny,” he says. “They reflect the reality of the different culture with a common ground.”

Joseph’s play struck a chord with most members of the audience.

“They see themselves and their family members in the characters,” Joseph says. “Across nationalities, we relate to each other. I was performing in the Haitian skit and I have had so many people coming to me after the show to tell me that the Haitian lady was their mother – half of them were not Haitian.”

The attendees were, as De La Cruz-Abraham says, a group of young energetic people who were there to celebrate black excellence.

“The atmosphere was more youthful compared to the previous shows,” he says. “More youth involved both as spectator and as artists. It was actually a pretty interesting audience.”