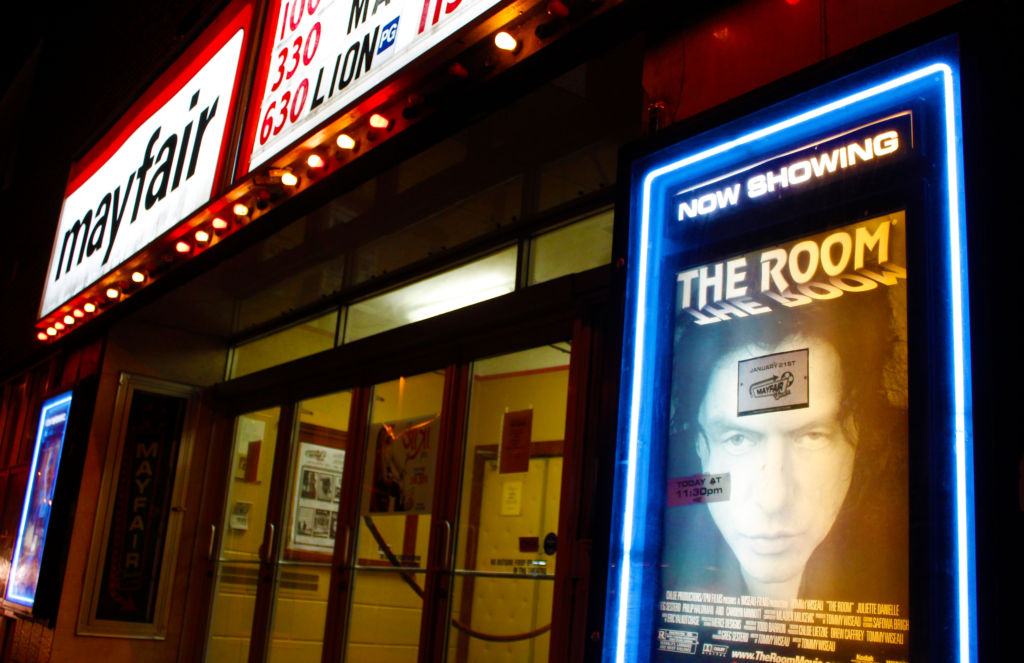 A Room Full of Spoons, a documentary on the cult phenomenon around the widely acclaimed “worst movie of all time”, The Room, is being held back from release due to legal battles.

It’s difficult to avoid asking yourself when watching The Room, “what kind of mind could create something so…bad?”

In January, the Mayfair Theatre screened The Room for its 89th consecutive month.

“It always brings people out,” says Lee Demarbre, co-owner and programmer at The Mayfair Theatre. “It’s always worth doing.” It’s the only movie that he can be certain will draw a crowd, he explains, sometimes doing better than critically well-received films opening the same night.

There are some who are proud to say they’ve seen The Room over ten times.

“It’s cathartic,” says Kevin Colwell, a new fan who has “only” seen it nine times in the last year. “You get to get mad at the movie, you get to make fun of the characters.”

Many fans bring plastic spoons to throw at the screen whenever spoon-related art appears in the background of a scene. In fact, there is a whole script of audience antics.

Colwell advises to watch it at home first. “There’s so much yelling and people shouting stuff at the screen that you miss a lot of the dialogue,” says Colwell, “and the dialogue is so bad that you really have to hear it to appreciate it.”

The Room’s beginnings were not so bright. When it opened in theatres in 2003 it was a box office flop and within two weeks was ready to disappear into obscurity. But a few people started asking for more screenings, emailing Tommy Wiseau, the director and to make it happen. He set up a screening at a small Hollywood theatre, and it was a success. The Room found its crowd.

A team of filmmakers from Ottawa caught on to the phenomenon and decided to make a documentary. Rick Harper, the director, says the idea of the documentary was born out of the monthly events at The Mayfair.

“I had been told early on that several film crews had attempted to make a documentary about The Room and were stopped by Wiseau,” says Harper.

In 2008 Wiseau made an appearance in Ottawa to support a screening at the Mayfair Theatre. Harper’s film company, Rock Haven Productions, was sponsoring the event and they got to know Wiseau. They clicked and Harper pitched the idea of the documentary. Wiseau agreed, at first.

“We had originally set out to make a small documentary about the fandom,” says Harper, “but we ended up interviewing the entire cast and crew of The Room and even some of Tommy Wiseau’s friends and family.”

In the coming year, Harper’s project will be joined by a film called The Masterpiece, a Hollywood adaptation of a behind the scenes book that stars James Franco. Wiseau has been strongly supporting the Hollywood project and is closely involved. But he’s reacted very differently to A Room Full of Spoons.

Wiseau distanced himself from the project early on, Harper says, but they decided to continue working on it. When A Room Full of Spoons was ready for release, the problems started. “I had no idea how far he would go to attempt to stop people from seeing it,” says Harper.

“We’ve received numerous cease and desist letters, have been banned from festivals, slandered online, and repeatedly threatened with legal action,” says Harper. Wiseau has even requested, through his legal team, some significant edits which Harper says would destroy the documentary.

Harper has found it difficult to negotiate with Wiseau. “I think Wiseau is in search of control more so than any kind of compensation,” says Harper. 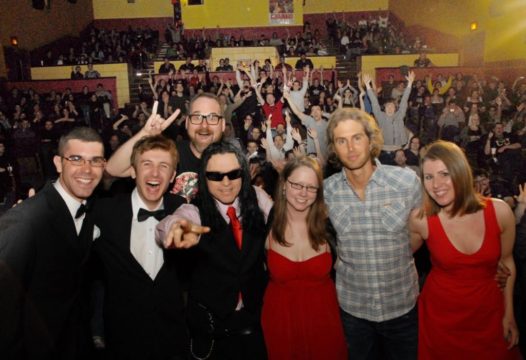 There’s a certain sincerity that people refer to when trying to describe what works about The Room, and about Tommy Wiseau’s character. Wiseau’s desire to make real art, is part of the charm of the Room. “Everyone I’ve spoken to who worked on The Room says that Wiseau set out to make a very serious drama, and there was no talk of it being a comedy…ever,” explained Harper.

Wiseau had to come to terms with the public reception early on – with the mockery that came parceled with the phenomenon. Harper thinks that Wiseau’s genius was how quickly he adapted to the negative reactions of the film. “While most people would have been discouraged after pouring their heart and soul and six million dollars into a bad film, he immediately rethought his marketing strategy and branded it as a dark comedy.”

It’s possible that A Room Full of Spoons hits too close to home for Wiseau, that it lifts the shroud of mystery that has protected him from the mockery, and that the Hollywood film, which he supports, helps to give his art some legitimacy.

But Harper just wants his own art to see the light of day. “It’s extremely disappointing,” he says, “we made this film as a love letter to The Room, and now it’s being blocked by the very man we are celebrating.”

If everything goes as planned, Harper says, A Room Full of Spoons is set to be released in 2017.