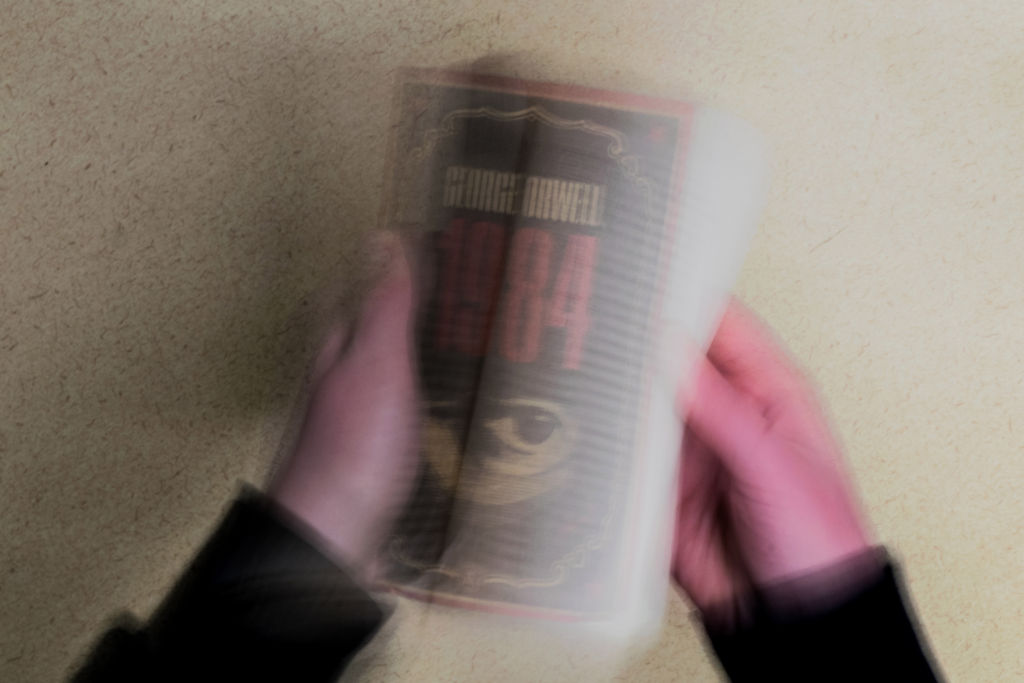 When Eric Arthur Blair wrote his last book 1984 in 1948, he was focused on a frightening vision of governments that hold absolute control over the life of its citizens. He was inspired by the most brutal regimes of the 20th century: Nazi Germany and the Soviet Union.

The novel became a phenomenon. Within 12 months, it had sold around 50,000 hardbacks in the U.K., in the U.S. sales were more than 300,000. In later decades, it entered the circle of classic works in world literature. Blair’s pen name, George Orwell, became an adjective, synonymous to the word “totalitarian,” according to TED-Ed educator Noah Tavlin.

Its depressing yet vivid theme sent a powerful warning to readers, that under no circumstance shall we let what happens in the book becomes reality, because it would be the end of human progress.

However, 69 years since its first publication, 1984‘s popularity is rising again, thanks to Donald Trump’s ascension to presidency. The New York Times reported that it has become the best seller on Amazon as of Jan. 25. Indigo Books & Music, Canada’s biggest bookstore, also reported significant increase in the book’s sale.

People rush to read the book with the hope to understand the Trump phenomenon, which has shocked the world since his surprising win in the U.S. presidential election. “There’re just so many parallel between the book and reality,” says Mackenzie Mumby, a first-year public affair and policy measurement student at Carleton University, who wrote a thesis centered around the book’s key themes.

Although it is under 300 pages, 1984 is a very dense book. To make it more complicated, George Orwell’s vision was interchangeably used among political factions to attack each other. Glue set out to show the ways which this classic book is and is not relevant to our current political situation:

The Party is lying

In the book, the protagonist Winston Smith works for the Ministry of Truth, a giant bureau in charge of constantly alternating information from book, reports, documents, televisions and all kinds of things that have words written on it. Their purpose is to make all information appear favourable to the Party. A reduction in chocolate ration was edited so that it looks as if people were receiving a boost.

Edited versions may be edited again and again as long as necessary. Their work was so successful that it was impossible to know what information is truth and what is invented. Given President Trump and his team’s habit of denying what they have said or done merely days ago.

What they fall short from the Party in the book is just the ability to physically change what were recorded of their action. While Winston Smith helped to make old reports and new ones look consistent, Trump’s team might as well wish they have the power to vaporize the tape in which he made a notorious remark about sexual assault. 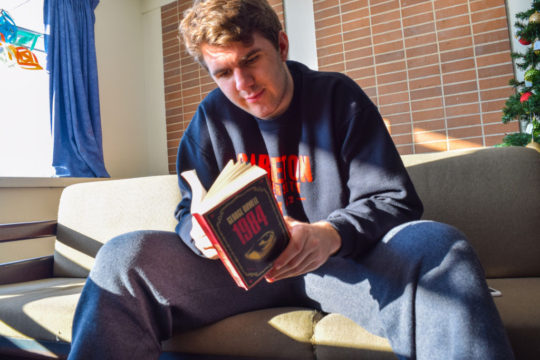 When one looks at Trump’s platform, there are always enemies. Whether they are illegal Mexicans, corrupted Washington officials, Islamic terrorists or biased liberal media, Donald Trump knows how to gather his supporters around a common cause.

It is hard not to draw parallel between his rallies and Hate Week, an event described through the eyes of Winston Smith and his lover Julia in the novel. Hate Week was a sort of national ceremony to denounce all enemies of the public. The traitor and head of a rebellious secret society, Emmanuel Goldstein, had his posters torn, spat or screamed upon. Smith’s country, Oceania, has been at war with Eurasia and at peace with Eastasia for years. Footage of Eurasian army marching spawned simultaneous fear and outrage among Ocenian public. Then suddenly, the Party announced that Ocenian has been at war with Eastasia and at peace with Eurasia, for years. The public, confused at first, raged against Eastasia as if it has been their mortal enemy for years.

Similarly, rage and hatred were a common phenomenon in the last U.S. presidential campaign. Trump’s crowd could be heard chanting “Lock her up” in their rallies, referring to Trump’s rival candidate Hillary Clinton. Clinton’s supporter vandalized Trump’s star on Hollywood Walk of Fame in a tit-for-tat move. A Gallup poll confirmed what many have suggested, that America is divided more than ever, with each side seeing the other more as enemy than as countrymen.

Opposition to the Party

In 1984, it was Winston and Julia versus the Party. Their struggle was hopeless. They were crippled, physically and mentally, to the point of reversing all their ideals.

In real life, however, opposition to Trump administration is alive and well. While the Party had Ministry of Truth as their tool, Trump has united the entire mainstream media against him. They act as watchdogs who keeps the government accountable. They keep the population awake.

Doublethink refers to a process of self-hypnotize in which the performer flattens any contradiction in his belief by conforming himself to a preconceived idea.

“To tell deliberate lies while genuinely believing in them,” Orwell defined it in 1984. “To forget any fact that has become inconvenient, and then, when it becomes necessary again, to draw it back from oblivion for just as long as it is needed, to deny the existence of objective reality and all the while to take account of the reality which one denies – all this is indispensably necessary.”

Newspeak is the new version of English language designed for official usage by the Party and published in its annual dictionary, which minimizes linguistic expressions, so that it “narrows the range of human thought” to the point of making unorthodox thinking impossible because there’s no word to express it.

One of the most tragic things about 1984 was the eventual falling apart of Winston and Julia, whose relationship was never approved by the Party. They were separated from each other and put to “Room 101,” which contains their most horrible fear. When torturing finally broke them, they felt they could never love the other again.

In real life, many married American couples were split along the candidate they supported, as The Guardian reported. Trump announced in his victory speech that Americans need to “bind the wounds of division,” but protests against him broke out almost immediately.

In all, it is hard to tell if 1984‘s rising popularity is a good thing. Nevertheless, it is an essential read to anybody interested in literature. “I think you have to approach 1984 without any assumption,” says Mumby. “You need to go into it not having any pre-conceived idea of what it is about, except that it’s about a dystopian society.”