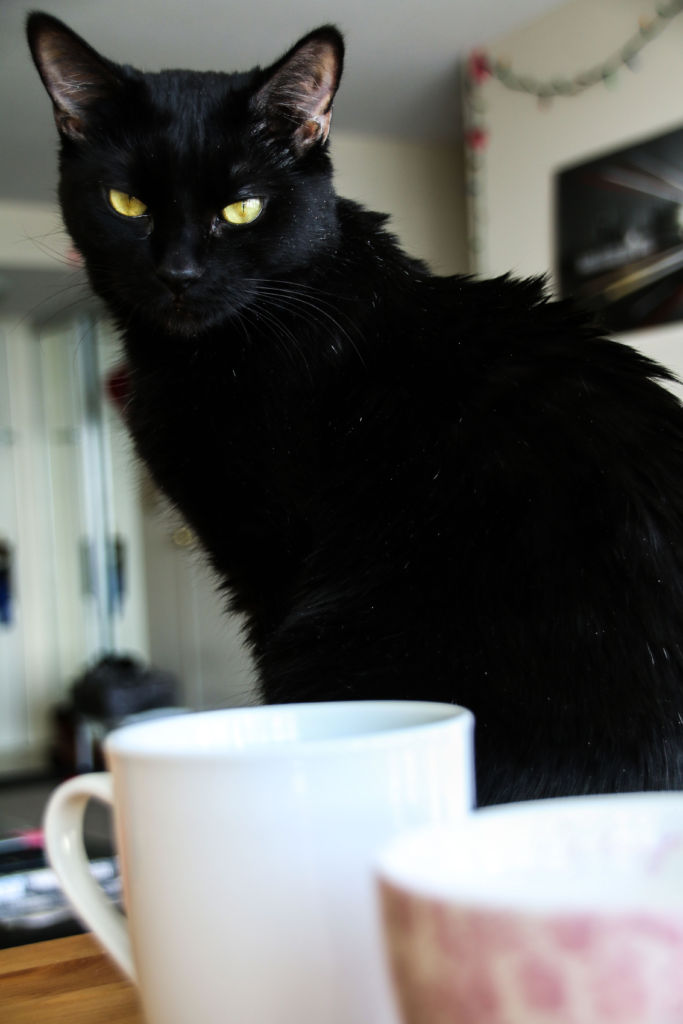 Ottawa’s cat and coffee lovers will have a new place to hang out this spring when Feline Café Ottawa opens its doors in Hintonburg.

The café has been in the works for 25-year-old entrepreneur, Josée Cyr, for over a year and will be the first daily cat café in the city.

Cat lovers can already meet up at Purrfect Café on a monthly basis at the Kind Space on Somerset St. W. The businesses have been popping up throughout North America, including locations in Toronto, Montreal and Kingston.

“Being the first will be fun, to see what people think,” says Cyr. “Opening a business seems straightforward but it can be a lot more complicated than you think at first.”

Opening a novelty business has come with its challenges when it comes to working with the city. Cyr says that there was a lot of trial and error when it came to getting approval because it’s something that the people working at the city haven’t seen or approved before. This especially applies when it comes to make sure that the café follows city health codes and food isn’t being contaminated.

To make her idea a reality, Cyr went through the Futurpreneur program through Invest Ottawa, which is a start-up loan program that partners with the Business Development Bank of Canada to provide entrepreneurs with loans to start their businesses.

Cyr was also able to raise $6,800 in 15 days through a crowd sourcing campaign late last year. She used some of the money to cover the cost of rewards and fees associated with fundraising events, but she was left with what she calls “a nice little chunk” to go towards the start-up costs. She is paying for the rest herself.

“I did crowdfunding for multiple reasons, the main one being that I wanted to test the idea,” says Cyr. “People say that they want it but do they really and will they pay for something like this? That was a really great way to validate the idea.”

Cyr, who has three cats of her own, is teaming up with the Ottawa Stray Cat Rescue, the agency through which she adopted her own cats and the source the cats for the café using their foster program. The café will help facilitate the adoption process on site, a formula that has been used by similar businesses in Canada. Southpaw Cat Café in Kingston has assisted in the adoption of 17 cats since opening.

“We’ve been open for about 17 weeks, so we’re averaging about one adoption per week,” says Scott Fardella, the owner of Southpaw.

She hopes that the café will attract the people who want to have a cat but for whatever reason can’t.

It also caters to people who are thinking about adopting but aren’t positive that it’s something they want to do. She also sees it as a way to provide animal therapy and to involve the community.

Aside from coffee and tea, the café will also offer locally-sourced human food. Cyr has been working to establish partnerships with other local businesses, such as Strawberry Blonde Bakery, Happy Goat Coffee and Camino.

Feline Café is already fairly active on social media, and Facebook presence is something that Fardella says is an important part in his business. In fact, he says that the Facebook analytics provide an accurate picture of his customer demographics.

“Eighteen to 35-year-old females make up about 95 per cent of our customers,” says Fardella. “Most people are pretty respectful. We have people stay long-term sometimes, but the typical visit is 45 minutes to an hour.”

Ultimately, Cyr wants to find the right flow so that her business is profitable enough to support itself and the rescued cats, but says that there is a fine balance. The cats are living there so she doesn’t want it to be extremely busy all the time to avoid distressing the felines.

“My tagline is ‘drink coffee, save cats,’” says Cyr. “That sums it up in a nice little bundle. I want to provide people that space and experience that they don’t really know exists.”