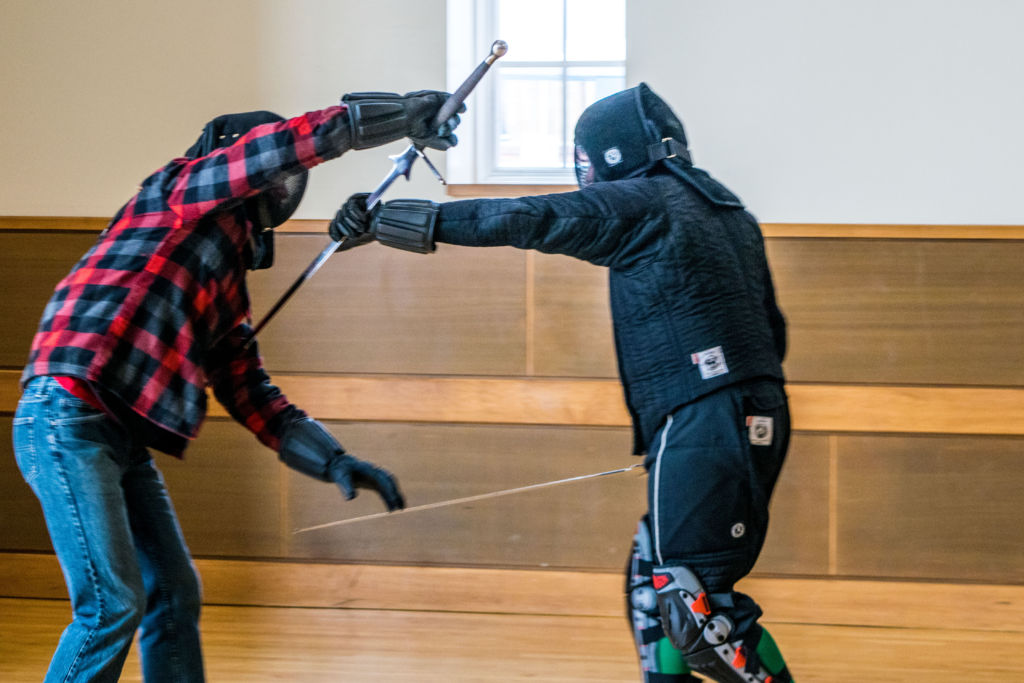 For most people, the idea of using a sword and wearing armour is something relegated only to the past or fantasy movies, a product of a time long past. But for Jeff Greenwood, it’s a passion. It’s called Historical European Martial Arts, HEMA for short, and it’s something he has been practicing for years.

Greenwood was born in Ottawa, and studied print media at Algonquin College. These days, when he’s not practicing fencing, he’s working corporate IT. His love for HEMA came from many angles, from wrestling in high school and his love of history and fantasy.

“I started arguably 13 years ago,” says Greenwood. “That’s when I picked up the sword.”

It was the beginning of a life-long love. Greenwood has many hobbies – he likes to watch movies, he’s a fan of Dungeons and Dragons and he loves science fiction. However, HEMA holds its supremacy, and it takes up much of Greenwood’s spare time. Not that he minds. It’s clear from how he speaks about it and how much time he devotes to it that it’s a very happy sort of settlement.

It’s not just a personal hobby either. Greenwood helps keep things alive by teaching swordhandling, both at Algonquin College and at the Plant Recreation Centre in downtown Ottawa.

“Sometimes, we don’t have enough students to run classes at Algonquin,” says Greenwood. “That’s what happened this year. We still hold them at the Plant centre, though.”

Four years ago, Greenwood founded the Armoured Company of the Sword with a few others. The group came as an attempt to create a separation between the martial art, the classes, and the sword-smithing business of the late Bill Fedun, an associate of the group. The name came from wanting to make plain what the group was about, as well as taking into consideration search engine optimization.

Despite being a senior member amongst the group, Greenwood avoids a strict command structure.

“We don’t necessarily like having a ranking system,” says Greenwood. “I find ranking systems create an environment where people go around trying to get the highest rank. I want people who are engaged with it and do it because they love it.”

Greenwood can tell you a lot about the history of swordfighting and armour. Most of what he practices comes from Renaissance era books called fechtbücher¸ combat manuals written by the masters of the craft. Greenwood’s personal favourites, and the ones he models his fencing style after, are the books written by Hans Talhoffer, a fencing master from the 1400s in what is now Germany. Presently, though, he’s reading a book about English armour from the first half of the fifteenth century.

The Armoured Company of the Sword has also moved on from just training with swords, though they remain the focus. Currently, they are experimenting with the spear, something that Greenwood admits is actually more dangerous than swords, because the blunt force of a spear’s haft can hurt far more through armour than a sword can.

If you’re interested in checking out the Armoured Company of the Sword, they have classes for beginners at the Plant Recreation Centre every Sunday from 10:30 a.m. to 12:30 p.m.