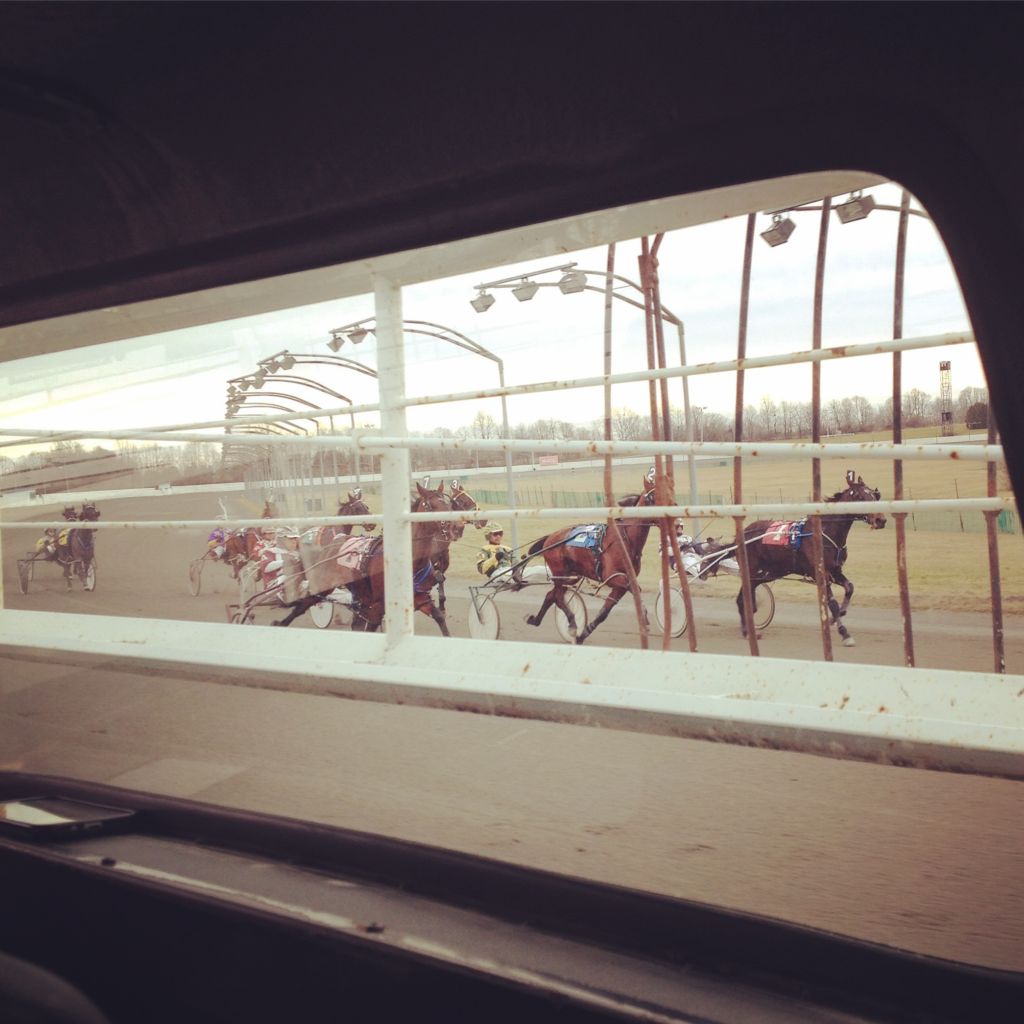 In an industry that has deep familial ties and a history that dates back to before Canada became a country, it’s easy to imagine the challenge of breaking into the sport if you’re not already a part of that lineage. But things are changing in the world of harness horse racing.

Typically the public may tend to think of horse racing as something for the 50-plus crowd. But, in fact, there are new ways that the industry is appealing to a younger demographic with less disposable income.

Last year marked the second year of full-time driving for 20 year-old Brett MacDonald from Embrun, ON.

“I thought about being an electrician before that as a backup plan, but then I got more involved in the sport,” says MacDonald.

Throughout 2016, MacDonald saw 102 wins, earning over $500,000 in prize money in total. According to Standardbred Canada’s membership, licensing and racing policies, a win pays out 50 per cent of the purse obtained by bets on the given race to the owner(s) of the horse. Five per cent of that goes to the driver. With a just two dollars needed to bet, that’s a lot of people putting their money on your ability. But as a driver, you rely on your talent to win – and so do the owners.

“It’s all up to the trainers and the owners because they’re the ones that put you down on their horses,” says MacDonald.

MacDonald has been involved in horse racing all his life. His dad, Ron, is a trainer and cousin, John, a driver also. But ultimately, for a trainer and owner to select a driver, there needs to be faith in that driver alone.

MacDonald is consistently gaining more experience, racing every Sunday at Rideau Carleton Raceway in the winter and twice a week in the other seasons as well as travelling to Toronto and the U.S. to compete.

“To get to drive with the guys at Woodbine is a big thing,” he says.

Working day–to-day out of his dad’s stable that owns seven horses, MacDonald is considered a young up-and-comer with a bright future in the sport.

“I enjoy doing it more now than I ever did,” says MacDonald.

With young talent in the field, it’s perhaps not surprising that the industry is following suit, attracting new buyers to the business through what’s known as fractional ownership.

This type of purchasing is meant to make buying a horse, which typically costs thousands of dollars, more accessible. Anthony MacDonald (unrelated), founder of the website thestable.ca, connects people interested in owning a stake in a horse with the ability to see that through. According to MacDonald, a one per cent share in a yearling (a young horse) listed on the site can cost between $140 and $845 a share. Once the share is purchased, training and boarding of the horse is paid on that share – a cost of $25 a month plus HST. But MacDonald admits that this concept isn’t new to the public.

“The opportunity to buy smaller fractions of a large mass of something has been in society forever. And we’ve just integrated it into horse-racing,” he says.

“For new people to the game it’s the best way to get involved without costing yourself a lot of money, and having a lot of fun,” he says.

“That’s the one thing this industry has never had. It’s never had an affordable way for someone to actually become involved in the game, and now they do,” says MacDonald.

Stable.ca operates out of Hamilton and is in close proximity to Southern Ontario– the hub of Ontario horse racing. But this model for horse ownership is breaking into new markets in the United States and across Canada, including Ottawa, and has seen investments of nearly $1 million 2016, according to the website. MacDonald’s blog post on the Standardbred Canada website states, “Take into consideration the economy, the cloudiness in horse racings future and consumer interest, I think it’s fair to say we are onto something.”

The cloudiness MacDonald refers to is reiterated by the transfer of power in the governing body of the industry. As of April 2016, what was known as the Ontario Racing Commission, which has regulated the horse racing industry since 1950, transferred power to the Alcohol and Gaming Commission of Ontario. The merger, announced in July of 2015 was met with concern from horsemen and independent raceways such as Rideau Carleton.

“There are certain fans of this sport that would climb over barbed wire fences just to get here. They love it that much,” says John MacMillan, first-generation horseman and previous general manager of Rideau Carleton.

The fear is moving away from the style of regulation that is still seen in the United States and that has been working in Canada for over 60 years, met with the need to find ways to attract a new crowd of spectators and horsemen. A challenge that, according to MacMillan and MacDonald, the industry, and horsemen, are ready to accept.