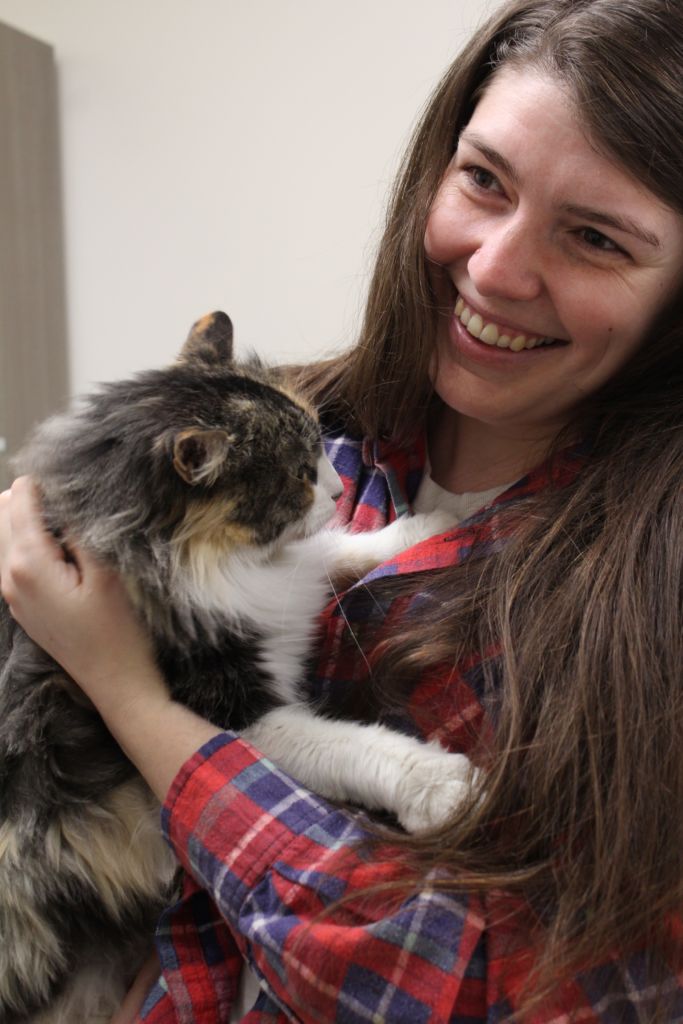 It is estimated that one in 10 homeless people owns a pet. As temperatures in the Ottawa region begin to drop, so do their options of where to go.

Only a couple of homeless shelters in Canada allow pets, located in Vancouver, Toronto and recently Quebec City has started to try it out.

The Ottawa Mission says the challenge is both with space and safety.

“Animals can be well trained with their owners or others,” says Shirley Roy, the community relations manager with the Ottawa Mission. “But if they get in a crowded situation or a chaotic situation, you don’t know how they will react, you don’t know how people around them are going to react.”

However, many subsidized housing options in Ottawa do allow residents to bring their pets, but sometimes that is not enough.

Although having a pet can cause challenges when looking for affordable housing, a recent study suggests that homeless youth who keep pets have lower levels of depression than their counterparts who are without a dog, cat, or even rat by their side.

The study from the Ontario Veterinary College at the University of Guelph found that homeless youth with pets were three times less likely to be depressed, less likely to engage in potentially harmful behaviours like hard drug use and more likely to open up to veterinarians about their personal challenges.

The study looked at 198 street youth in four cities – Toronto, Ottawa, Kingston, and Hamilton – who were in shelters and drop-in centres. Among the study’s participants, 100 didn’t have pets and 98 did.

A student at the University of Ottawa, who wished to remain anonymous, told Glue about her struggles with homelessness.

“A few years ago, I was in a really tough situation. I had nowhere to live and I was couch surfing with friends,” says the student. “It was particularly hard for me because I had a dog at the time and it made it really hard to find friends who could house me for a few nights here and there.”

She says that it’s important to remember that homelessness is not always someone sleeping on a cardboard box outside. Sometimes it is less obvious than that, such as bouncing between friends’ houses.

During her time of hardship, she used a service called SafePet Ottawa.

SafePet Ottawa is a charity in the area aimed at helping women who are fleeing domestic violence by fostering their pets. The animals are looked after by a volunteer while the women get the help they need.

In Ontario, according to PetSafe Ottawa, 48% of women delay leaving situations of domestic violence or don’t leave at all out of fear that they will have to leave their companion animal behind.

“In the past 3 years, Safe Pet Ottawa has fostered 80 animals, mostly cats and dogs but even one goat,” says Dayna Desmarais with the charitable organization.

The hope of SafePet Ottawa is to expand their reach to others in need.

“If there’s no resource, we want to be resource for them,” says Desmarais, “Whether it’s homelessness, drug abuse or whether they are going into treatment at the Royal Ottawa, we want to be able to help foster their animals as well.”

“It helped me get a handle on my life without the stress of looking after my dog,” says the student at the University of Ottawa. “I hope to see more shelters opening their doors to animals in the future as well.”