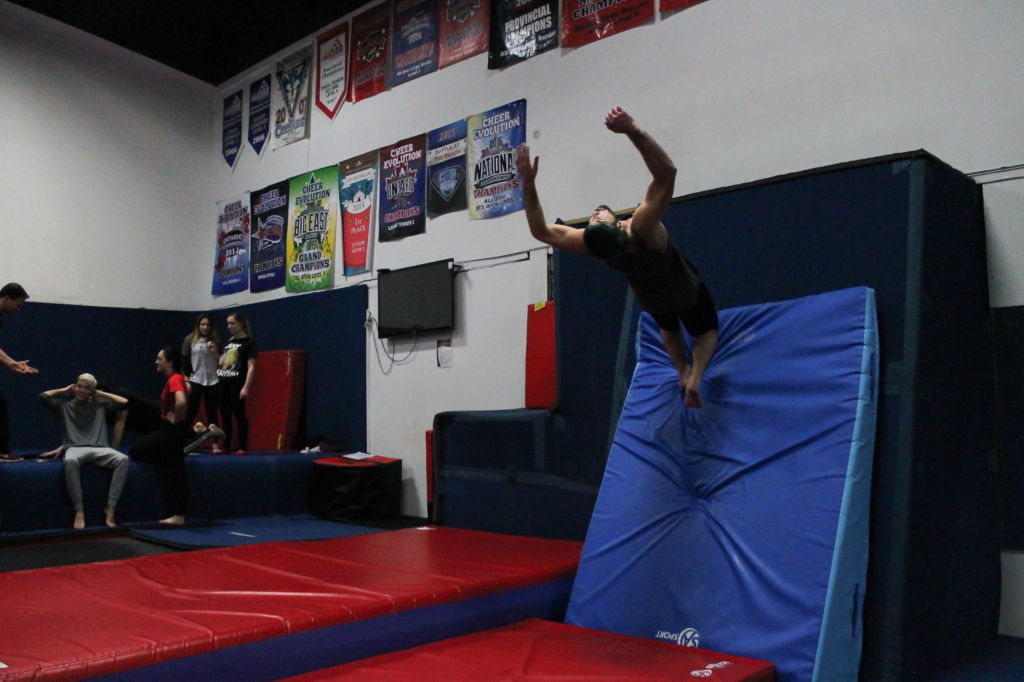 Scaling 80 foot buildings, flipping through the

air and jumping from rooftop to rooftop with nothing but pavement far beneath. For Ottawa’s parkour and free running community, this is what fun looks like. For a free runner, the world is literally a playground. The Oxford dictionary defines free running as a type of parkour that emphasizes acrobatic techniques and self-expression. Parkour athletes use nothing but their own hands, feet and sheer determination to get from Point A to Point B by any means necessary.

Parkour has recently been exploding in the media and has
gained popularity as an extreme sport. It is still a fairly young sport in North America, says Oliver Wolf, a local free runner and a University of Ottawa graduate. According to Wolf, parkour began in Europe and only became popular in North America as of the last decade or so. Parkour gyms like Laws of Motion in Ottawa’s east end have been cropping up more and more, and during the winter that’s where you can find seasoned athletes like Nick Provost and Brandon Azzie, waiting out the snow and ice until they can take to the streets once again.

Glue had the chance to go see these guys in action, learn about parkour and find out what draws people to this exhilarating and extremely dangerous sport.