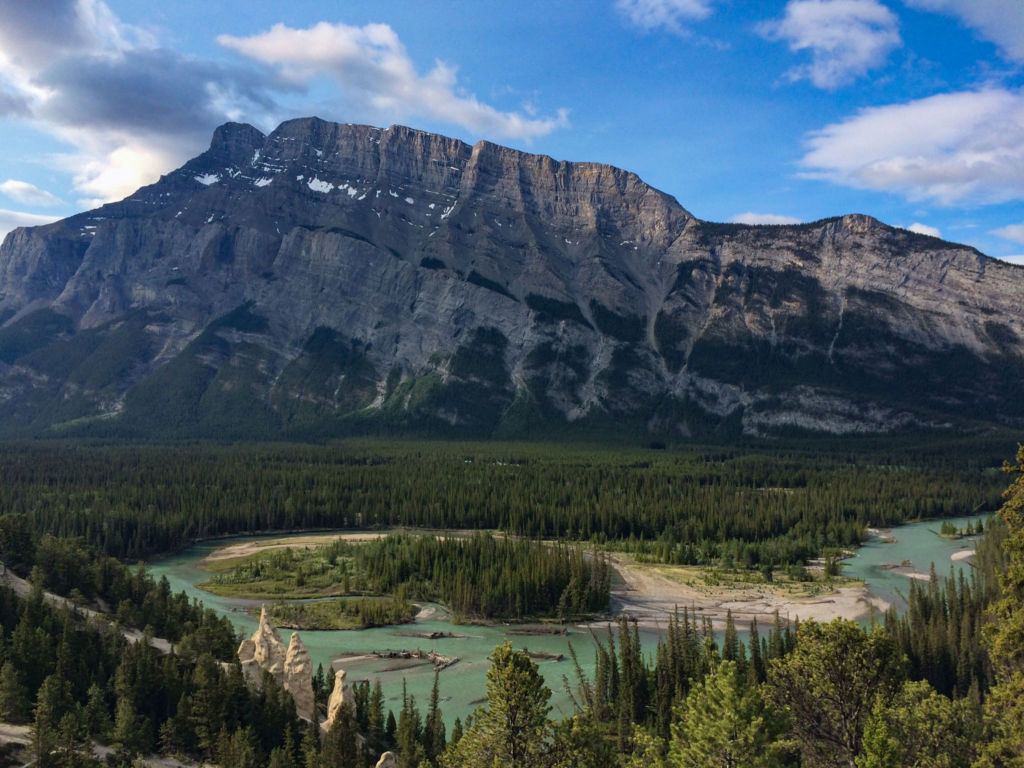 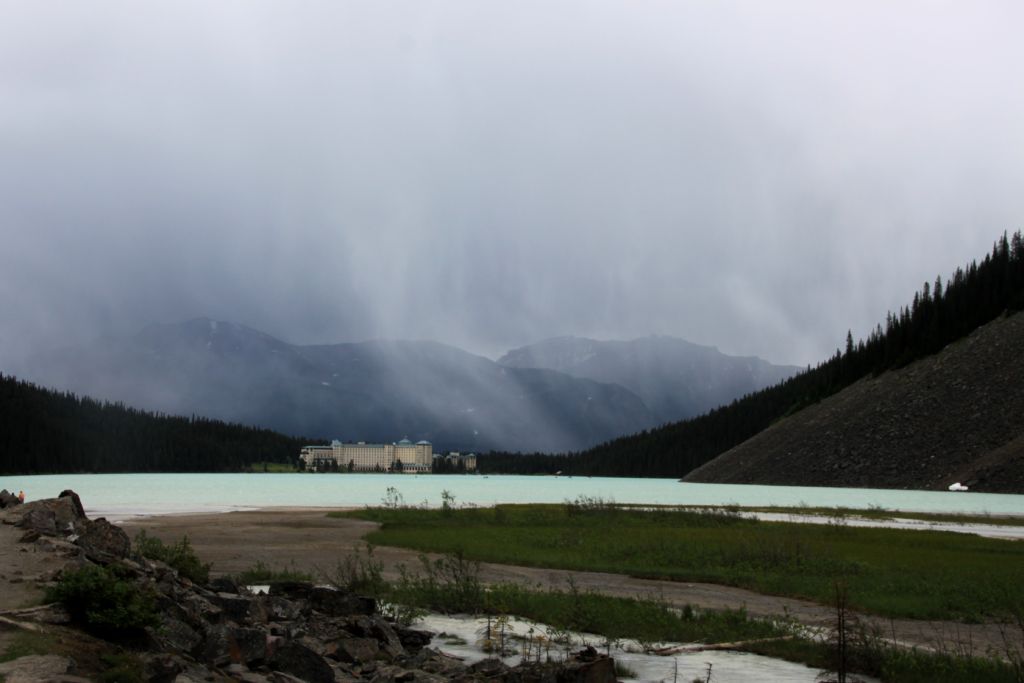 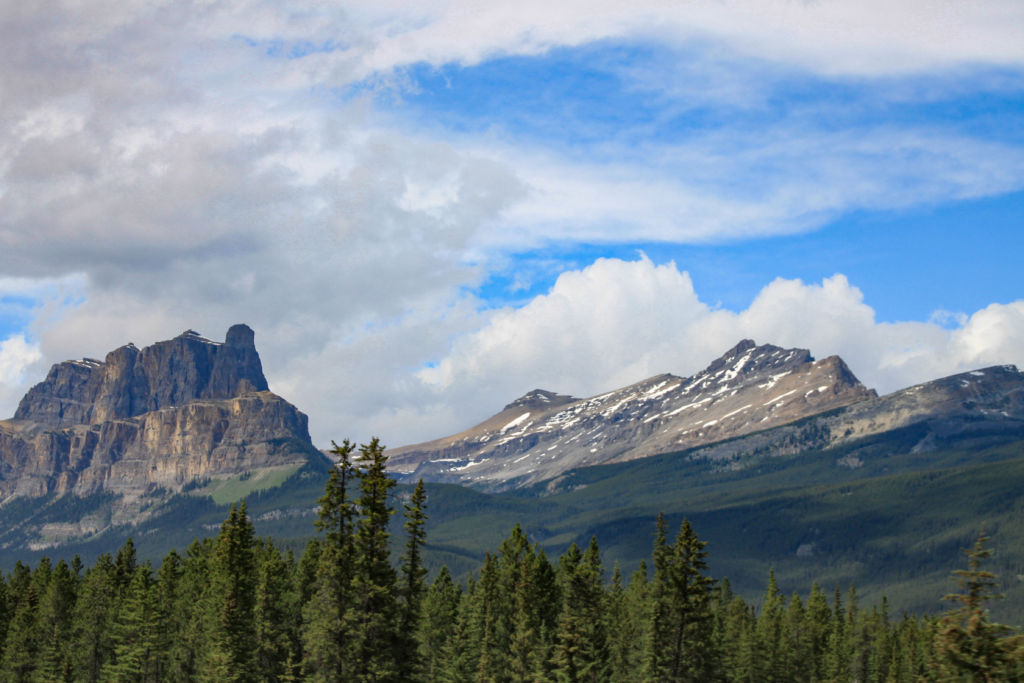 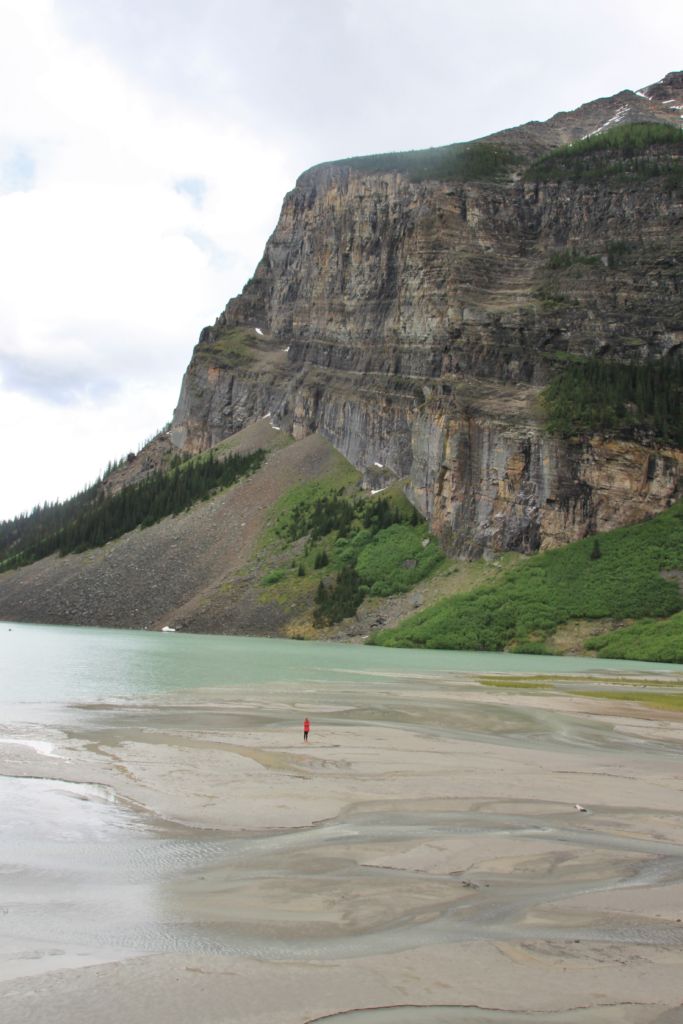 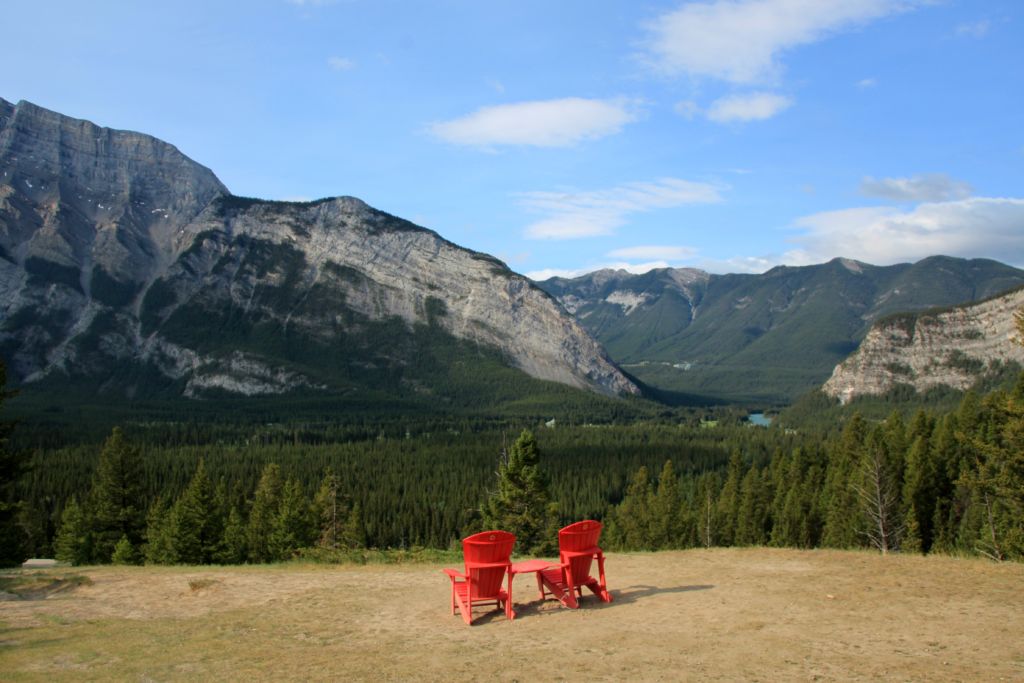 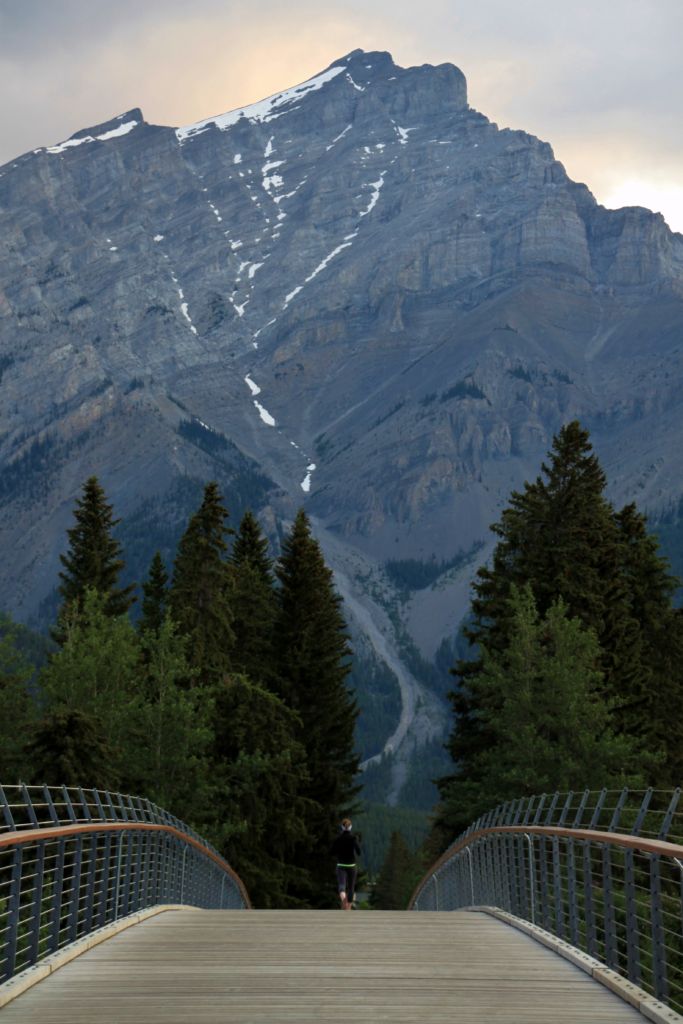 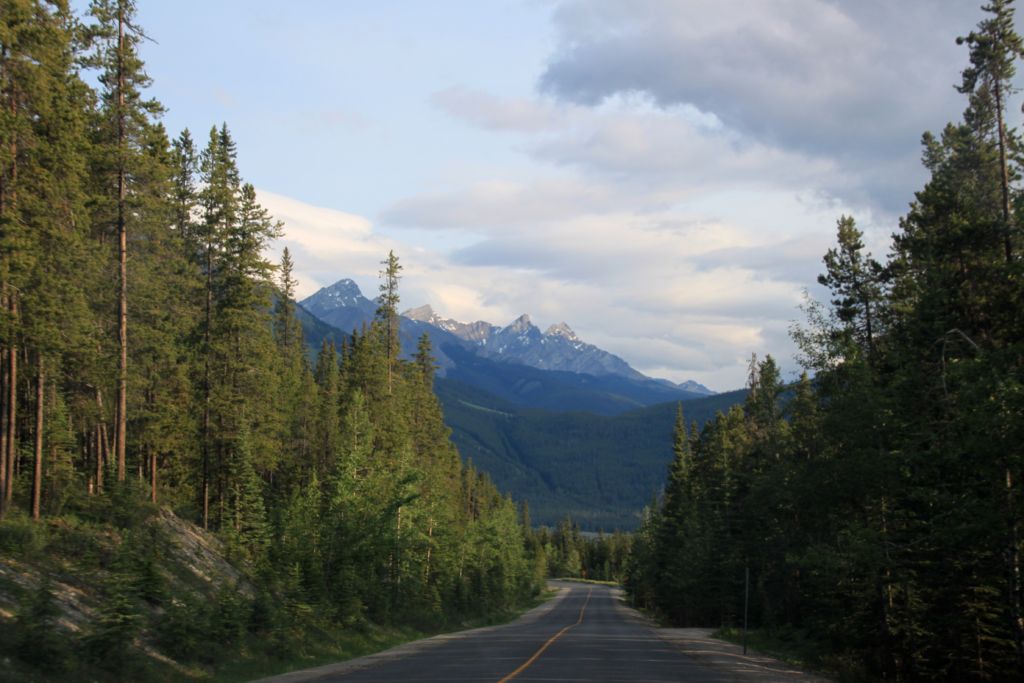 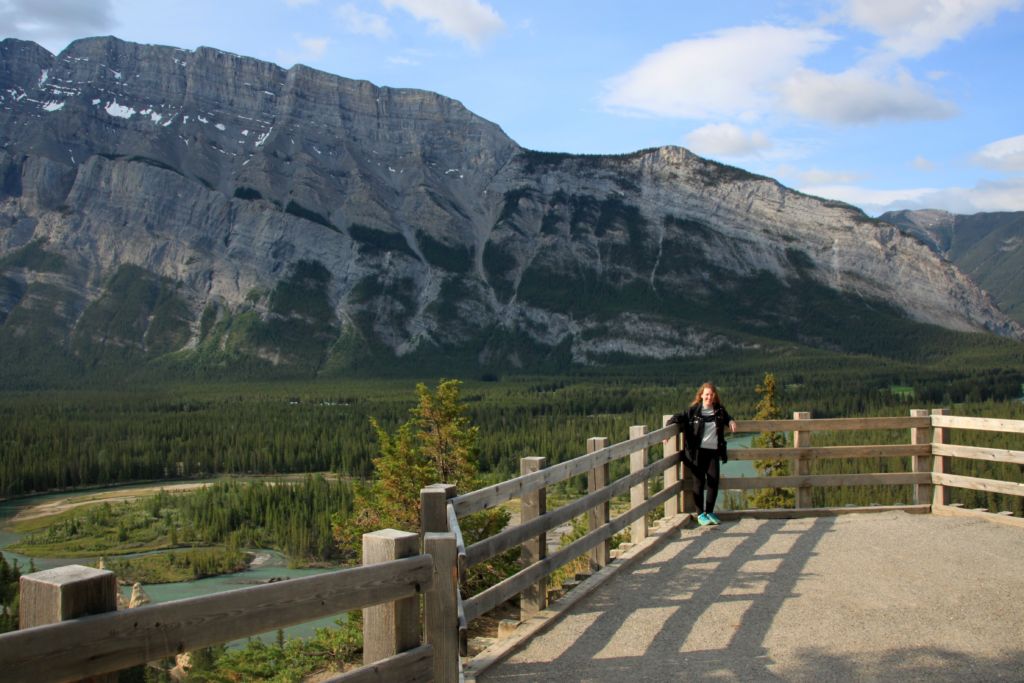 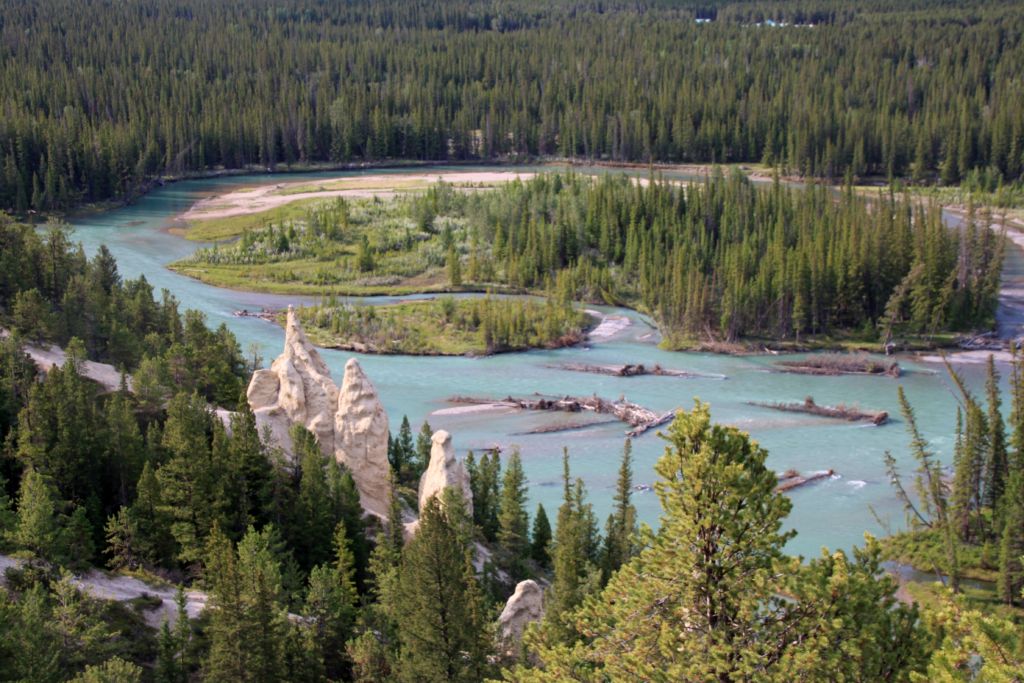 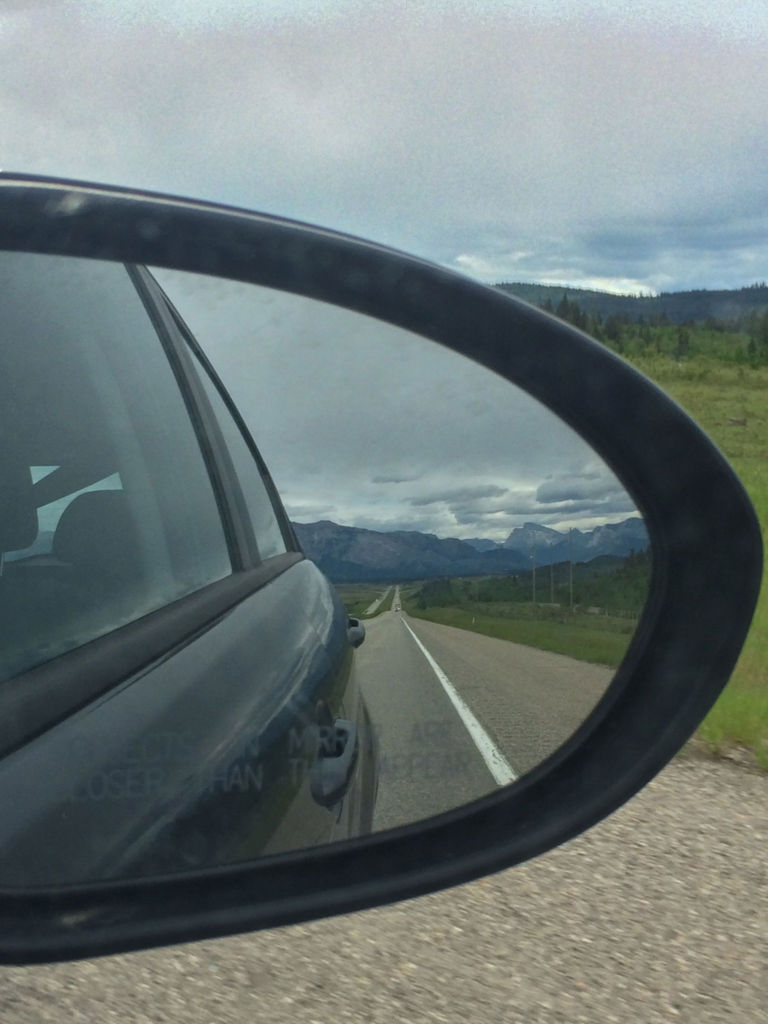 The car slowly pulls up on the side of the road. My friend Marlee parks the car where a thick line of trees obscuring the view. As we come around the corner, the view clears and Banff National Park is spread out in front of us. I suddenly feel very small and unimportant as I take in the vast landscape. In the distance, there’s a small speck. It’s the famous Banff Springs Hotel – the same whose parking lot we had been sitting in only 10 minutes before. But suddenly the massive luxury hotel appears insignificant, no longer overpowering the landscape surrounding it.

I took deep breaths of the fresh mountain air. I stopped taking photos and just absorbed everything about the view that I could without feeling the need to share it with the rest of the world. The moment was mine.

That was in the summer two years ago, but Canada’s national parks will no doubt continue to inspire Canadians and visitors alike for years to come, just as they have since the creation of Parks Canada over 100 years ago. There’s a reason that Canada was named the number one place to visit in 2017 by the New York Times. The country is celebrating its 150th anniversary this year and to help celebrate, Parks Canada is offering free admission to all national parks, historic sites and marine conservation areas for the entire year.

“I think this will really help people get excited about our parks,” says Algonquin first-year student Chris Mancuso, who has visited both national and provincial parks in the past. “We have so many and are lucky to be surrounded by nature and beauty. Few people take advantage of that.”

Banff is just one of 46 national parks in Canada that span from coast to coast to coast. Five of these parks are in Ontario – Bruce Peninsula, Georgian Bay Islands, Point Pelee, Pukaskwa and Thousand Islands. Another three are in Quebec.The closest to Ottawa is Thousand Islands, located along the St. Lawrence River between Kingston and Brockville. Whether it’s camping, kayaking, skiing, hiking or just taking in the views, Canada’s national parks provide something for everyone.

Algonquin College forestry technician and University of Guelph ecology graduate Ariel Ilic, 24, visited Point Pelee during the spring migration and found it rewarding even though she isn’t a huge bird watching fan. “It was hard not to get caught up in the enthusiasm of people that had come to see all of these birds that were coming back to Canada for the summer,” she says.

Isabelle Mosquera, 16, from Kingston, travelled to Georgian Bay last summer. Although the weather didn’t always co-operate with her activities, she says that that is just a part of the experience.

“We had this crazy long paddle one day with a terrible headwind,” says Mosquera. “It was pouring rain and we were freezing. We were all so miserable. The waves were really big, but thankfully none of our kayaks tipped. But as we were approaching camp the clouds went away and it was so incredibly sunny. It was the prettiest sunset ever. It was worth all the rain for sure.”

The weather played a memorable part in my trip to Banff as well. When Marlee and I arrived on our first day to Lake Louise, it was sunny with mostly clear skies. We had hiked to the far side of the lake when the dark clouds rolled in, making the water appear an icy-blue colour. Then the rain started to sweep across the water. Fortunately, we were prepared with our rain jackets on so we avoided a true soaking and the rain made the lake look beautiful in a way that the usual postcards don’t capture. To truly enjoy these types of situations, it’s best to be ready for anything.

“I would say be prepared for any kind of weather,” says Mosquera. “Sometimes sunburns are just as bad as hypothermia. Sunscreen and rain jackets are essentials.”

Ordering your free “Discovery Pass” takes all of five minutes through the Parks Canada website, but don’t expect speedy delivery. The service’s Twitter account has tweeted numerous times that “passes are taking 6-8 weeks to arrive” and thanking those who have tweeted them for their patience. However, passes can also be obtained in person at gates and visitor centres throughout the year so if you are planning a trip before the pass will arrive at your door – or decide to go on a spontaneous adventure – you aren’t completely up the creek without a paddle.

“I don’t have any specific plans to visit national parks, but I love that this gives me the freedom and incentive to maybe just “drop in” if I happen to be passing by on my travels,” says Ilic. “Definitely having that potential to just spontaneously take a trip to a national park is exciting.”

“For a 150th birthday present to all Canadians and Canadian visitors, I could think of nothing better,” says Mancuso.