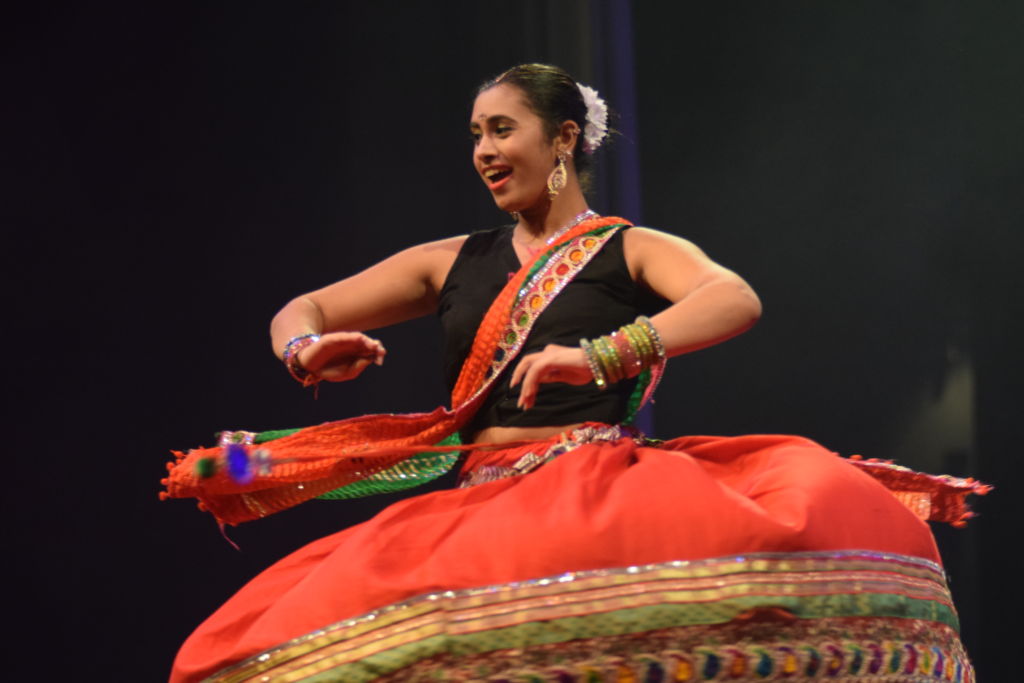 India has been an epicenter of performing arts for millennia. Glue magazine sat with student performers of the Indian diaspora in Ottawa to discuss their art and how it fits within an Indo-Canadian identity. All the performers featured are seasoned artists and performed at the Indo-Canada Association’s Diwali Mela late October. Watch out for them at festivals and culture shows in 2017.

Some people become overcome with anxiety when it comes to performing for an audience, but for Muskan Bhatia, dancing has been a part of her life since she was an infant.

“You know when you’re at a party and a song comes on and you just start dancing?” asks Bhatia. “I was four when that happened to me and I haven’t stopped dancing since then.”

The joy of performance for Bhatia comes from how all her hard work in the weeks leading to a show come to fruition in the actual execution of the dance. During her her shows she hopes to have her energy affect whoever she performs for.

Bhatia has been studying Bollywood dance for thirteen years now, ever since she emigrated from Mumbai, India, the home of the country’s multi-billion-dollar film and television industry, Bollywood.

“I started Kathak to improve my Bollywood (dance)” says Bhatia.

Given that Kathak is one of the many influences of Bollywood and Hindi dance music in general, she feels that learning the roots of her passion can help her connect to her heritage as well contribute to her understanding of modern dance.

But after so many years practising both styles she enjoys them both equally.

University of Ottawa student, Soumya Srinivasan, picked up her vocal talent at a young age.

Her knack for singing actually runs in the family. Her father, Dr. Srinivasan Ramaswamy, is a well-known singer in Ottawa’s Indian community, and his father before him was also an accomplished singer.

Srinivasan started singing when she was five-years-old, with her first song at Mukul Hindi school.

After that performance, her father mentored her on the basics of singing and melodies. Srinivasan is committed to learning a diverse range of Indian music, from styles as northern as Hindustani to as southern as Carnatic but she does have a penchant for a particular style of song.

While singing is natural for her, Srinivasan sees her skill as a vehicle for becoming more familiar with her culture and Indo-Canadian identity.

She sings as a hobby but plans on recording covers of popular Hindi songs.

“Music has had a big role in shaping who I am, and it’s not really a way of exploring my roots, but rather, it’s a way of keeping me connected to my roots,” says Srinivasan.

For some performers, the attraction to the arts is purely instinctual, Priya Chandran’s introduction to dance had more to do with her older sister attending dancing classes, and her own innate interests.

Chandran would tag along when her mother would drop off her sister, and consequently sparked an interest for dance that would become a passion.

“As soon as I would hear the music at the doorstep, I would run out of my mom’s arms and join the older kids in the class and imitate them,” says Chandran. “My mom could never take me out of the class.”

Being rapt by dance since she was a child, Chandran is well versed in a variety of dance styles, namely Bharatanatyam, Kathak, Garba and Bollywood.

Performing for an audience comes naturally to Chandran, so she says she’s never been held back by stage fright, but says has felt tension and excitement in the moments leading to a show.

“I still get butterflies in my stomach for those final few seconds before I go on stage” says Chandran.