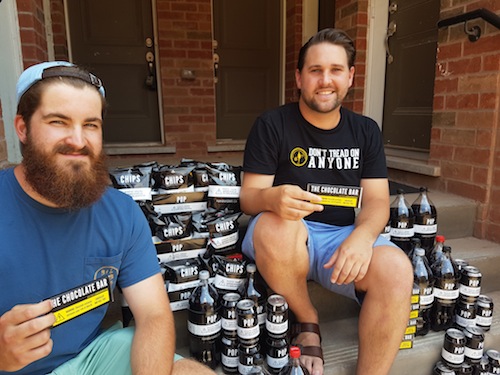 Imagine you live in a quiet neighbourhood a few kilometres away from downtown Ottawa. One day you decide to move closer to your school, but you don’t want to bring all of your furniture along with you. So you figure you can host a garage sale, earn some extra bucks and get rid of some items.

If you want to sell a rice cooker but you don’t have the instruction manual for for how to use it safely, you might be breaking the law. Hockey helmets, corded blinds, broken toys or toys with powerful magnets are also illegal to sell, according to Health Canada. In 2012, the department made an instructional video warning Canadians that unsafe products purchased through garage sales may come with potential legal consequences to people involved in the transaction.

People have voiced their concern over this. For instance, the National Post‘s deputy comments editor Marni Soupcoff called it “ridiculous to use a government power that was meant to hold commercial manufacturers responsible for their products, to scrutinize the actions of grannies hoping to pass on their knitting needles for a couple of cents.”

Since then, there has not been much resistance to what some have called “the nanny state.” A group of students and organizers is determined to change this as they plan to take to the Parliament Hill on Dec. 14 to protest increasing governmental control to young people’s lifestyle and consumer rights.

David Clement is the Canadian branch director of the group Students for Liberty, a Washington-based network of students dedicated to liberty. He has appeared on many media channels, including CBC Calgary and the Toronto Sun to explain the group’s concern.

According to them, government initiatives to put additional taxes on pop, a proposal to put graphic images on alcohol, vaping bans and forced plain packaging for tobacco products are not only unnecessary but they also hurt everybody’s pocket.

“Our goal is to raise people’s awareness about government’s overreach and their attempt to legislate what people can and cannot do,” he said in an phone interview with the Glue on Dec. 7.

Clement said he and his volunteers will be running a “Nanny State” store at 425 McArthur Ave. on the day of protest. The store will sell all kinds of “overpriced” products ranging from junk foods to vaping liquid. The goal of this is an attempt to demonstrate their claim that when too many regulations are in place, product prices will skyrocket and small business can be driven out of the market.

“Do we want a government that treats adults like children? Or do we want a society that respects an adult’s freedom to choose?” asked Clement.

He said the same project has proved to be hugely successful in Toronto and Calgary, so they hope the event will work in Ottawa too.

Following the opening of the store, the group will take to Parliament Hill from 3 p.m. to 6 p.m. where they will engage with the public and hand out “government-approved” pop, chips and chocolate bars.

“We’re looking to expand our presence in Ottawa,” said Clement.