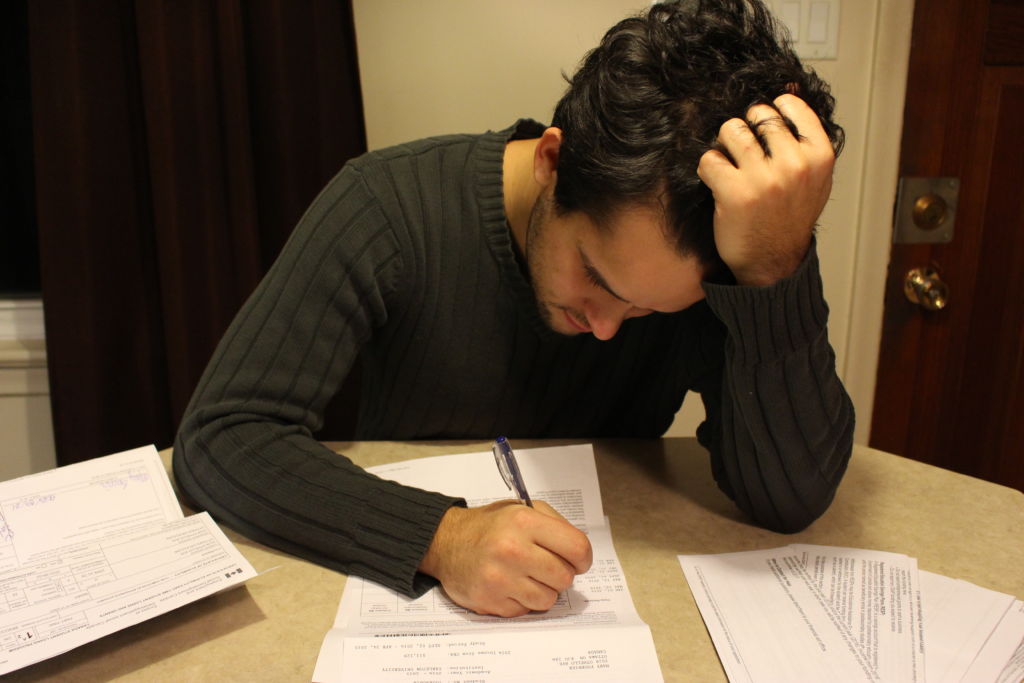 When students think about attending college or university, they often do so to further their education in order to get jobs in a field they love.

Along with long nights cramming for exams and tons of assignments, students are also burdened with a lot of debt.

Yes, Canada does have low tuition fees compared to other countries, but considering how competitive and hard it can be for students to get a job in their field once they graduate, their tuition can be a burden.

Luckily, students are able to access financial aid that helps pays for their tuition and other expenses for them until they are done school.

However, the federal government, realizing how expensive tuition has become and how students are unable to pay their tuition because of this, announced in their March 2016 budget that they are changing the repayment rules.

This may seem like a great new repayment system for students, but how do students really feel about it?

Third-year University of Ottawa student Tiffany Dixon says she finds the Ontario Student Assistance Program a positive and negative system for her. “Using OSAP feels like a blessing and curse. It’s a government program that is helping me succeed in my future but also condemning me to life of ‘I owe you’s’ or possible bankruptcy to get some debt relief.”

Dixon is studying a Bachelor of Arts honours with a specialization in psychology and says that even with the increase of repayment being $25,000, it still won’t help young students trying to get ahead in life. “I feel like that will help substantially as the older generation isn’t retiring fast enough for the graduates to get jobs.”

Dixon also states that with a minimum income of $25,000, students still won’t be able to live a decent life. “It is kind of low-ball salary so that as soon as you get that job that is still in the low end but not as low you have to start paying off so much money,” she says. “And respectively I don’t know how one would do that without still living at home or still compensating in some way like living with a ton of roommates to keep the rent down.”

However, University of Ottawa biochemistry student, Jordan Brazeau-Henrie thinks differently. “I feel very pleased with hearing this since it allows me to only worry about my debt once I get an income from a job,” he says. “If ever it were to happen that it will take time to find or get a job in my field, I will not have to worry about my debt until I get it and start getting paid.”

Recent Algonquin College graduate, Katie White, who graduated from the child and youth care program, is already paying back her student loans, and doesn’t think it’s something that holds her back from her future. “Paying back my OSAP makes me feel good,” she says. “I don’t like paying it, but it’s a good feeling knowing that the amount is decreasing.”

As for the repayment system for families of five or more, White isn’t a fan. “I think it should be the same for everyone,” she says.

Dixon, who is from a family of five, doesn’t believe it offers anyone any sort of benefit. “This is only for a niche type of family that is simply unfair. You can still be poor and be a family of four.”

From the comments of these students, the repayment system put in place is not enough. More needs to be done so that when they graduate students don’t have a heavy load of debt on their shoulders holding them back from moving forward in their lives.

It is hard enough for students to balance school and everything else taking place in their lives, plus the struggles of finding a job in their field once they graduate. Adding the stress of tuition debt only makes it worse.

Dixon, realizing the hard truth, paints a picture that is all too real for students. “They don’t mind how much schooling you want to do in the end the more you borrow benefits them,” she says.

“When those repayments start happening it includes enough interest that by the time you end up paying all of it off you more likely paid more than double the original amount borrowed.”