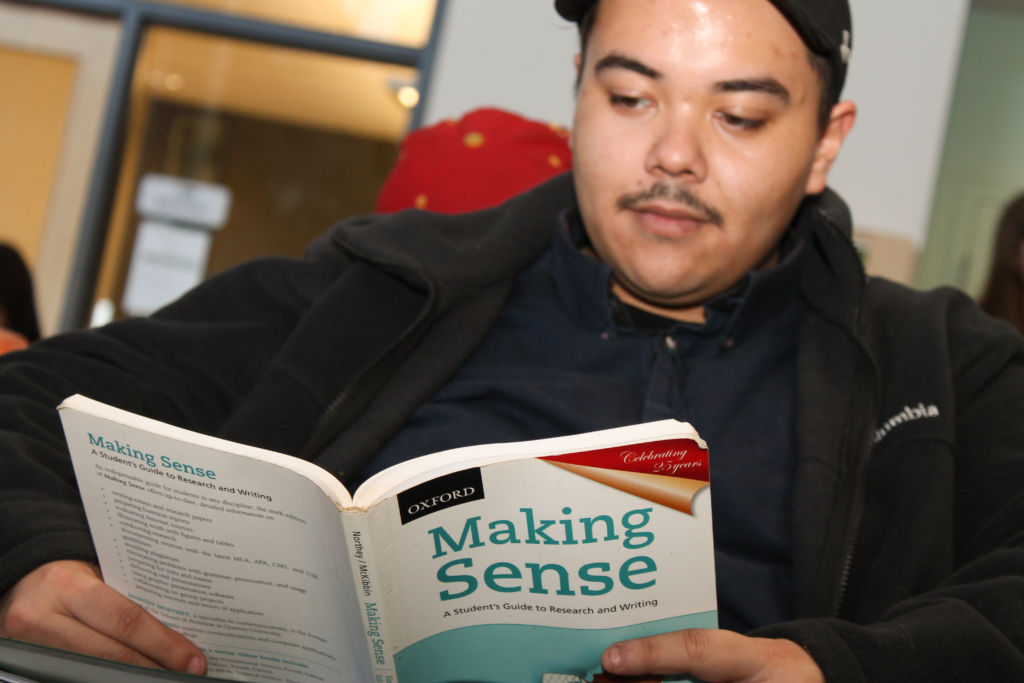 Four years ago, I would never have imagined I’d see my name on a byline in a newspaper. Admittedly, four years ago I wouldn’t have even known the last time I looked at a newspaper for anything other than the horoscopes. If someone had told me I was going to end up pursuing a career that involved approaching strangers in the streets, making phone calls on a daily basis and running around like a lunatic with a DSLR camera and about 20 pounds of equipment slung over my shoulders, I’d have told them they were crazy. I’d have thought they were even crazier if they told me I’d be doing all this and absolutely loving it. Four years ago I was barely 18-years-old, hiding deep inside my shell on my own in a new city, majoring in English at Carleton University.

And I hated every second of it.

According to a uOttawa study published in May 2010, Ontario’s post-secondary drop-out rates are higher than the rest of Canada, landing at 16.8 per cent in the first year and hovering around 10 per cent in subsequent years. The study showed the rate of students switching programs after their first year – 10.1 per cent – is also unusually high compared to the rest of Canada.

It’s safe to say many post-secondary students find themselves unsatisfied with their program of study and struggle with the decision to do what’s necessary to change their situation. There are many factors that make this decision a difficult one: will my family and friends support me? What am I going to do once I leave my program? Will I be able to find a job in another field? Do I have the money to upheave my life and follow an entirely new career path? These were the questions I asked myself as I wrestled with the decision to leave my program at Carleton University. For me, the program was nothing like I had expected, and I had no idea what I wanted to do with my life when I graduated, but I knew I wasn’t happy.

Many students, like myself at the time, who opt to leave their programs of study do so without a clue as to what they’ll do after, and the fear of the great unknown can be a major cause for hesitation. Amber Campbell, 18, is a first-year child and youth care student at Algonquin. Campbell chose a program she had been passionate about since her own childhood, however, she soon realized child and youth care wasn’t what she wanted to spend her life doing at all. Campbell said she is mostly concerned about what she would do with herself after leaving college.

“I don’t like my program as much as I thought I would,” Campbell told Glue. “I feel lost. This was what I thought I wanted to do for a long time, but now I have no idea. I’m considering dropping out, but I have no idea what I’m going to do with my life if I do. If I drop out, there’s no turning back. That’s scary to me. But I feel like I’ve changed so much, this isn’t me anymore. I’m just not happy with it like I thought I’d be.”

Students like Campbell who face a future of uncertainty can take comfort in the fact that life takes a lot of twists and turns, as I – along with countless others – have discovered. You can find your passion unexpectedly, in unexpected places. For me, it was a matter of “oh, this program looks interesting, I guess I’ll give it a try,” and the click of a mouse. The same goes for Elizabeth Brown, a 20-year-old community and justice services student at Algonquin.

Fresh out of high school, Brown was nervous about going to college. She enrolled in the office administration program at Algonquin in 2014 out of convenience, because it was only one year long. However, she soon discovered that sitting in an office, answering phones and being in a business environment was not how she saw herself living the rest of her life.

“There was a brief moment of hesitation when it came to changing my situation,” said Brown. “I hesitated because I was worried about how I would pay for my future schooling. Then I realized that money should not get in the way of my happiness, or stop me from achieving my goals.”

Brown told Glue that even her family could see that she was not following the right path. When she discovered Algonquin’s community and justice services program while browsing the net one day, she realized it was exactly what she wanted to pursue.

“I even had one family member saying they knew that office administration wasn’t something for me, and that I’d be way happier helping people in the community and justice field,” said Brown. “If I were to continue with office administration, I don’t think I’d be as happy as I am now. I don’t think it would have been challenging enough for me; therefore, my career choices would have been quite boring.”

Brown breezed through the entrance exam in 2015 and feels totally at-home in her new program. Although she sometimes finds it challenging and even stressful, Brown says it’s much more fulfilling to be doing what she loves.

To some people, sensibility trumps passion. It’s easy to go into a program where there will always be jobs; where you’re guaranteed a steady paycheque. What’s not so easy is continuing in that direction if you’re not passionate about it. Taylan Yu, 23, was a media and communications studies student at Brock University. Yu enrolled in the program in 2012 with the understanding that communication is an important professional developmental tool. He soon realized that the reality of a communications degree did not meet his expectations, and found his enthusiasm was soon beginning to wane. He struggled through the first semester and began working full time, then decided to leave the program.

“I think it’s important to follow your passion, so you can stay virtuous to yourself and stay content,” said Yu. He is now a first-year public relations student at Algonquin College, and is feeling much happier with his career path these days. “Since I’ve made the hard decisions, I definitely feel more content about the direction I’m heading as well as my overall outlook of the future.”

When I finally came to the decision to drop out of university in 2012, my mother told me it would be the biggest regret I’d ever have. For almost two years after that, I thought she may have been right. After multiple dead-end retail jobs and relentless questions from my family about what I planned on doing with my life, I happened to stumble upon Algonquin College’s journalism program on their website while I was surfing the internet one day, trying to figure out what direction I wanted to go in. I thought, “why not?” and applied for the program just over two months before the start of the term.

Fast forward to 2016: I’m in my second year, I’m managing editor of Glue, I’ve had opportunities I never would have imagined for myself and for the first time in my life I feel like I’m doing what I was always meant to do. It can be incredibly difficult to take a leap of faith when your future is at stake, but if I’ve learned anything it’s that life is what you make it. Despite all the hesitation, the unease and the criticism, dropping out and changing directions ended up being the best decision I ever made. Sorry, mom.