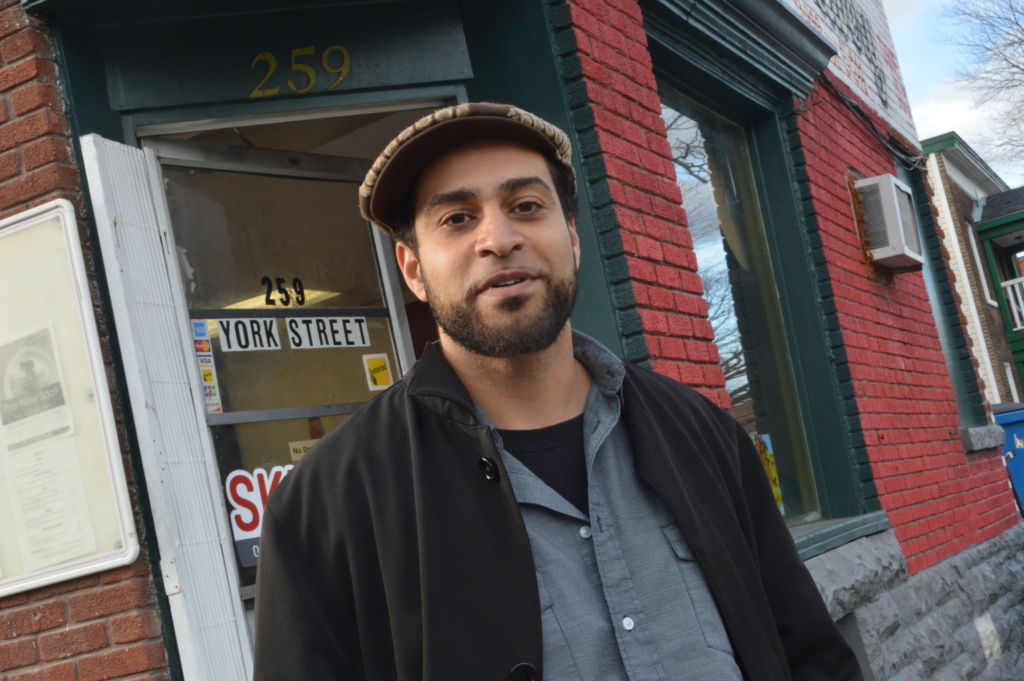 House of PainT Festival’s general manager is no stranger to hip hop culture. Patrick McCormack is a founding member of Boogaloo Trybe, one of Ottawa’s first hip hop acts to gain recognition. Then in the mid-to-late ‘00s, he and partner Dynamic put Ottawa on the map with the DVD series Hold It Down, which showcased music videos, freestyles and footage of live performances by local artists. McCormack and his team put together five days of hip hop music, slam poetry, breakdancing and graffiti under the Dunbar Bridge, Ottawa’s first legal graffiti wall.  He plans to continue his efforts to strengthen Ottawa’s hip hop scene. “We also want to engage in a mentor network,” says McCormack. “It’s two-fold, the first part is to encourage development and artistic excellence in all the various arts practices in hip hop and the urban arts. The second goal is to encourage learning and professional development in all of the areas that have to do with administration and all the supporting positions of a professional arts scene in Ottawa.”

Ottawa has no shortage of burger joints. From Five Guys to World Burger to The Works, many franchises have tried to stake their claim on the local burger scene. But one spot is doing it a bit differently. Burgers n’ Fries Forever is all about creating an amazing, local burger experience. “Sometimes you want to go somewhere that has a unique atmosphere,” says McCormack. “Even the demeanour of the staff is more personal. It has that buy local appeal, where you feel like you’re connecting with people in your community.” The small eatery features communal seating, passionate staff and fresh, never frozen ingredients. The menu has 14 different burger combinations, all of which are customizable. Even their sauces are made in-house, including their very own BFF BBQ sauce. The meat, which comes from within the Ottawa Valley, is all halal, opening the establishment up to a wider demographic of customers, but also causing a bit of controversy. “I really think that they do a great job at the niche that they’re in,” says McCormack. “I think that’s important for Centretown Ottawa.”