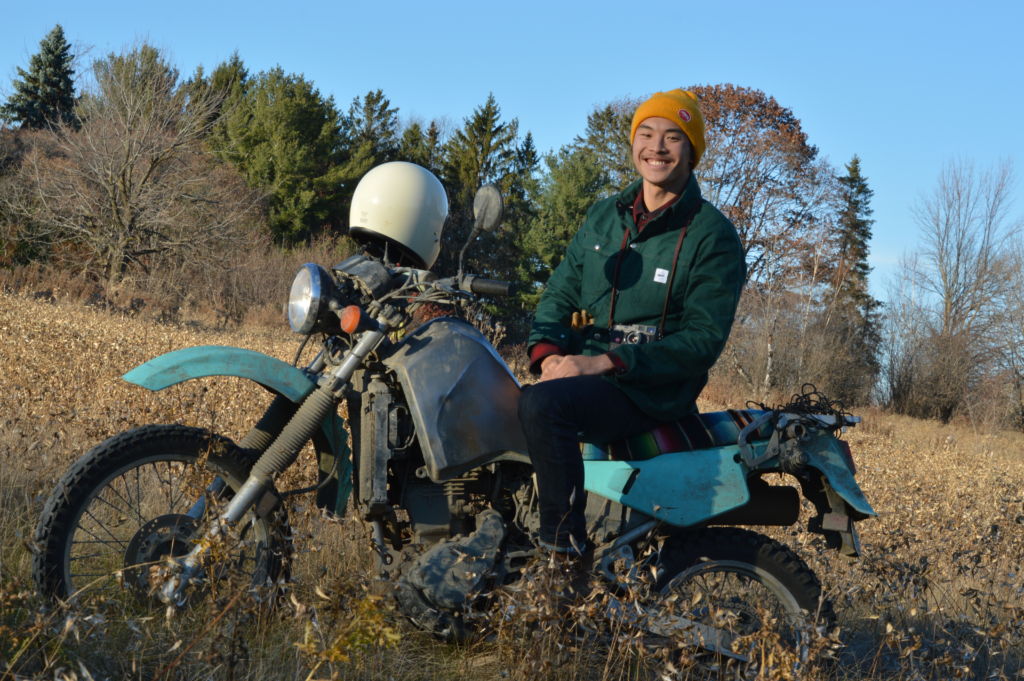 As a photographer, Andrew Szeto has been featured in every Canadian skateboard magazine, putting Ottawa pros in the spotlight. This is a particularly important achievement considering that the community is now down to just one skate mag, King Shit. Szeto continues to make his mark. His contribution to Canadian skate culture in recent years has taken the form of Maru the Circle brand. “I wanted to do something that was along the lines of Raised By Wolves made in North America, of high quality, done ethically,” says Szeto, referring to the Ottawa Clothing Brand. “I wanted to support the niche of skateboarding. But also photographers, artists outside of skating itself. The people who support the industry, a brand for them.” With Maru, Szeto has made garments unique to the capital. He has collaborated with local visual artist Drew Mosley for a line of tees and caps, released a “Moto” jacket after a successful crowd-funding campaign and lastly, the camera straps which he builds himself in-house, here in Ottawa – offering the capital’s skateboarders, photographers and sharply-dressed individuals a local brand to be proud of.

Located in Gatineau Park, minutes from downtown Ottawa, the hike to the Carbide Willson Ruins is a picturesque, three-kilometre round trip surrounded by Canadian history. Thomas Leopold “Carbide” Willson was a Canadian inventor who discovered a cost-effective process for creating calcium carbide. He built his summerhouse on Meech Lake in 1907 and installed a mill there in 1911 to continue his work and experimentation. Abandoned for 100 years, the structure of the old mill has remained intact and is one of the most visited locations within Gatineau Park, which isn’t surprising due to the widespread interest in abandoned places. “I went there initially for a photo and it turned out really well,” says Szeto. “Folks just seem to keep going there. It’s a super nice place to be a little more secluded.” The moderate hike begins with a steep hill that seems daunting, but levels out to lead through the scenic wilderness towards a swimming spot, waterfall and lots of opportunities to explore. Access to the Carbide Willson Ruins is from the O’Brien parking lot (P11), located off Meech Road.