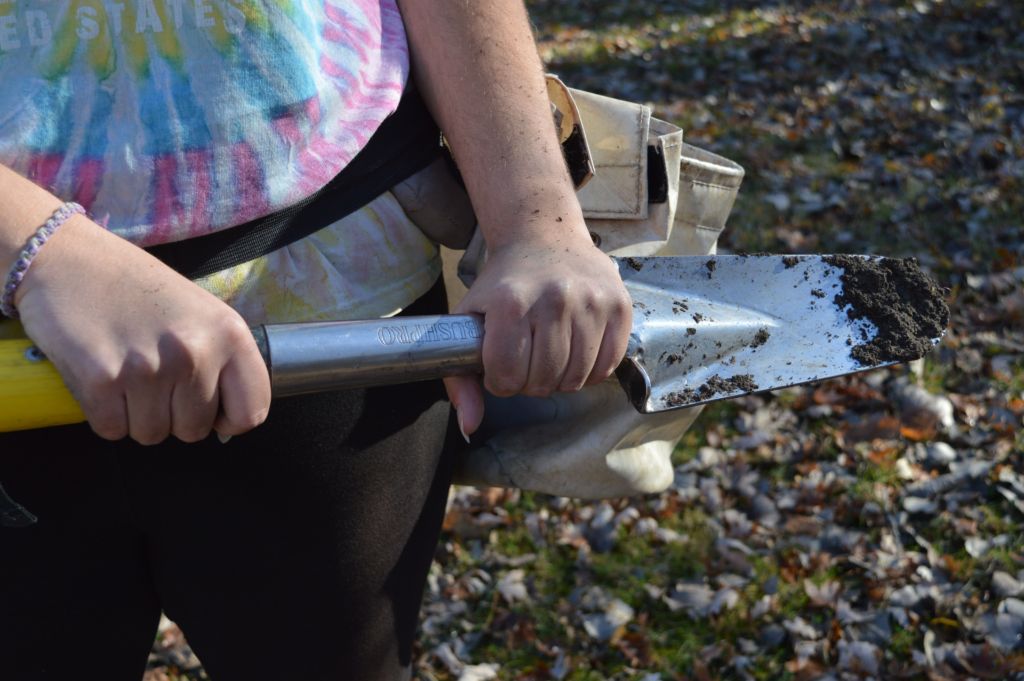 Getting out of my sleeping bag in the morning was the hardest part. It’s 5:30 a.m. and it’s freezing outside – enough to see your own breath even though it’s summertime. I need to get up but I’m still exhausted from yesterday, and the day before and the day before…

I know I need to get up out of my tent, but I could lay here forever, listening to the sound of the river that flows just outside my little home.

I am sore. I didn’t even know a person could be in so much pain all over. I manage to make it to the trailer, slowly but surely, where I make my lunch for the day and try to eat a good breakfast at such a ridiculously early time.

I make my way to the horrid-smelling van and pile in along with 14 other very dirty, tired and sore people. We are on our way to the block. Looking out the window of the van, I can’t help but feel anxious every time we drive by steep or cluttered land that could be part of my next piece. We are tree planters. This is our bush life.

Tree planting is a mysterious job that nobody can fully understand until they’ve tried it themselves. But in a nutshell, here’s what we do: We carry bags of baby trees that can weigh 50 pounds or more on our hips and walk, jump,
run, sometimes even sprint all day planting them through cut-down logging land. The rules vary from province to province, but generally we take two steps, bend down, make a C-cut (you figure out what that means through practice) with our tiny shovels, put a tree in the hole, then stomp and seal the hole shut with our heals and… Repeat, repeat, repeat.

Are we dumb? Crazy? Sadistic?

Maybe. We might be a little of all those things and we might be none. What we are for certain is mostly young, post-secondary students from all across Canada. There are many different reasons why someone would choose to go tree planting but most of the time, nobody knows what they are getting themselves into. Maybe you knew someone who had tried it and they suggested it to you, maybe you
love the outdoors or maybe (like me) you were browsing through your school’s career listing, came across a tree planting job posting and thought, “why not?”

The best part about tree planting for University of Ottawa student Emily Menary is the stress-free, no-worries lifestyle and the atmosphere. Menary felt like she was starting to get too comfortable in her city life and wanted to get out of town. “As much as I say running away from your problems is not the answer, it fucking helps,” says Menary. School, bills, parents… don’t worry about it. Tree planting can be an amazing journey of self-discovery and character-building. Nothing brings out who you really are as a person like experiencing an almost barbaric way of life. “Plain and simple, it comes down to not having stuff and not caring about it,” says Menary. “Girls throwing their razors out the window and not caring about make-up. It’s a big step and it takes a lot of adapting.” But she says she would absolutely go tree planting again. “Tree planting kicked my ass, but it was really rewarding in the end,” says Menary. “You’ll hate it but you’ll forget all about that when you leave because you’ll miss it.” It’s like culture shock when you come back to the “real word.” The people make the experience and that’s what you miss most when you leave.

An average Ontario tree planter plants about 2,000 trees a day. At 8.5 cents per tree, that’s about $145 a day or $870 a week after subtracting camp costs. It is possible to make really good money tree planting, but you have to be good at it. The first year of tree planting is basically an investment – but nobody tells you that part. The first season is spent learning how to do the job. Most students go into their rookie year hoping to make a lot of money – usually that isn’t the case. It’s in your second and third year where you start making the big bucks, easily planting 2,400 trees a day making for over $1,000-pay cheques every week. Unless you’re a high baller. High ballers are the planters who plant more than everyone else. They are machines. On a good day in good, creamy land, they could plant 5,000 trees or more. Nick Fowler is a high-baller. The Carleton University student’s personal best is 5,752 trees in one day. Fowler planted in Northern Ontario for two months during his rookie year. He had looked into tree planting and decided that it
was something he wanted to do and wanted to excel in – like everything in life. He went into tree planting knowing he wanted to do it for multiple years. Fowler wanted an adventure and he wanted to make money. He went bush crazy and in just two months he made enough money to cover his tuition and had some left over for rent. “At the beginning I was awful, like everyone else. I didn’t know where I planted my last tree – rookie stare,” says Fowler, referring to that moment when you are lost in your piece and can’t find where you should plant your next tree. “But I love planting trees. I love the motion, I love the fluidity, I love how fast and zoned out you can get in a simple task.” Like Menary, Fowler will tell you the truth about tree planting if you ask him. “It sucks of course, but I loved it and I’m going to do it again next year,” says Fowler. “It’s the shittiest, best part of your life.” 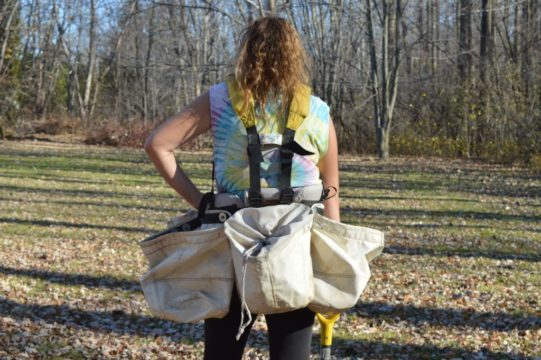 After graduating from University of Ottawa, Maya De-Vreeze wanted an adventure and an awesome summer. So she went tree planting in Northern Ontario for the experience. “It’s so awful but also so amazing and so perfect and I wouldn’t have traded it for anything,” says De-Vreeze.
She admitted that the job is extremely physically hard, but mentally it is even harder. “You have to go over the mental block that’s saying ‘You can’t do this, you won’t make it.’ And pushing past that is a really hard thing,” says DeVreeze. It took her a while to get the hang of tree planting and get good at it. She went into the job knowing nothing about it but now understands that no amount of research or YouTube videos would have made it any easier. The people you meet make it all worthwhile. “After you’re done planting your trees for the day you go home,” says De-Vreeze. “You’re pissed, you’re sweaty, you’re probably covered in blood because a trillion things have tried to eat you all day long and you see everyone else who’s had an equally bad day. It becomes home and the people become your family.” Contrary to popular belief, tree planters are not all lazy hippies or screw-ups with no futures. “There are people from all walks of life that go and that love it and do amazing,” says De-Vreeze. Charlotte Gill, author of 2011’s Eating Dirt and a 17-year tree planting veteran, agrees but adds that it’s true that we are all really dirty. Gill believes that there are two reasons why young post-secondary students are drawn to tree planting. One being the money and the other for the challenge. “I was certainly at that age where I felt like I really wanted to do something difficult and challenging and to test myself physically and psychologically too and certainly tree planting was those things and much more,” says Gill. “I think it takes a special kind of masochist to like [this] job,” she jokes.    Eli Lusty has three seasons of tree planting under his belt. Two as a planter and one as a crew boss. “Over two months you build a family so quickly it’s kind of hard to think about not seeing them ever again,” says Lusty. “When you get back to camp, it’s a never ending exposure to a lot of people that have been through that entire day the exact same thing that you’ve been through. There’s an intense amount of comradery and understanding between everybody.” We live and work in the wilderness together seven days a week, 24/7. We endure together and we let loose together on our nights off. “Bush Fridays” as some companies call it, is a way to have fun after a gruelling bush week. Huge campfires, great music, starry nights and lots of booze always makes for a good party. We sleep in our little tents with all of life’s bare necessities at an arm’s length away. Life is simple. Wake up, plant trees, come back, sleep…   Repeat, repeat, repeat.