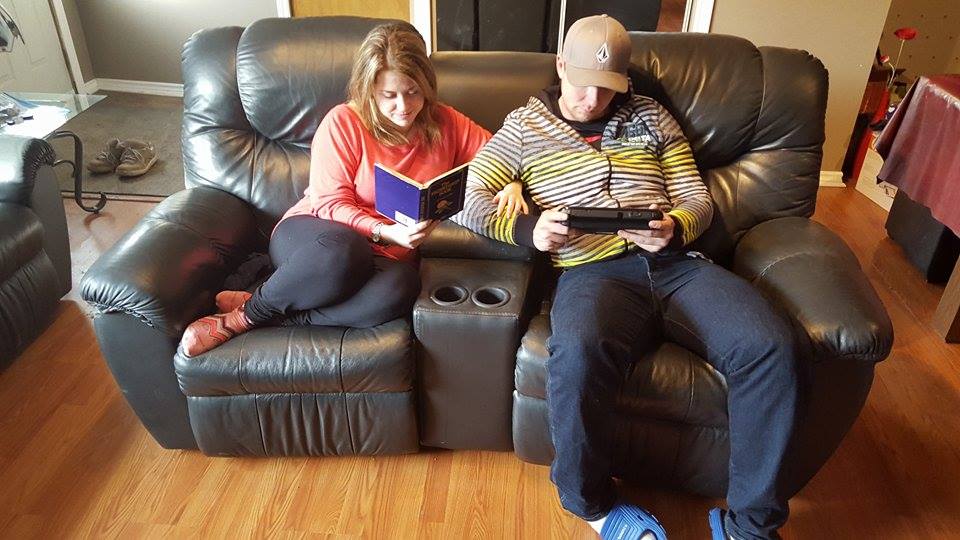 I grew up in a house full of gamers.

My two younger brothers have been gamers all their lives – from playing Pokemon on their Gameboys to their complete obsession with online games like League of Legends. Even my Mom was into Nintendo, killing it at the Legend of Zelda: Ocarina of Time and following along as the game progressed with the development of new Nintendo systems.

But I never got into it.

My brothers are six and eight years younger than me and while I spent my time out with friends, they were getting more and more immersed into the world of gaming. Not that people my age aren’t gamers, but the age gap made a big difference in attitude towards gaming.

“I think part of the reason why I never got into it when I was younger is because my parents weren’t fond of us kids playing video games when we could have been doing something productive, or playing outside,” says Matt Ellis, a second-year electrical engineering technician student at Algonquin College.

Although my Mom was an avid gamer, when my Dad was home, he would be the one making sure my brothers didn’t spend all their time with a controller. He couldn’t see the appeal and still doesn’t approve of all the screen time. This is likely because he didn’t grow up being a gamer.

“My parents weren’t gamers,” says Dave Porteous, 32. “Now kids are growing up with gamer parents so I think it will be a lot more common because every household has some form of video game system.”

But it’s not only gaming systems we have to contend with. The rise of online gaming has caused a whole new world of gamers to develop. This online ‘community’ attempts to fight against the prejudice that gaming is anti-social, since you’re usually chatting over headset and playing against real people all over the world.

“I think it is getting more social with chats and headsets,” says Porteous. “But I still think it’s terrible that we would rather sit in front of a TV or computer and chat rather than interact directly with someone. There is no better feeling than actually connecting with someone and I don’t mean via wifi.”

Porteous raises a good point. I’ve watched this happen to many people, including my younger brother, Alex Morton, who spends hours on end in ‘his den’ with a headset on. But he defends the stereotype.

“I think the anti-social stigma of gaming certainly has some truths to it. But as gaming has evolved over the past decade, the stigma has begun to lose ground,” says Morton, a second-year game development student at Algonquin. “These past few years have seen a surge of multiplayer games where communication is core to their gameplay, so people are interacting to attain their common goal.”

He insists that being a gamer doesn’t inhibit his social side, as he always makes time for friends and his girlfriend of two years.

“The only real time I get to spend playing games when she’s around is usually when she wants to do homework and I’ll play a bit while she works,” he says. “She’s very respectful of my habits and always seems to watch with enthusiasm if I manage to do anything she thinks is cool. It’s nice that she’s showing interest in something that’s such a big part in my life, as I would with any of her passions.”

Maybe he’s just lucky, but I’m content to sit beside my boyfriend while he plays the few games that he really enjoys playing. Even though I could never classify myself as a gamer, I think everyone has one or two games that are nostalgic for them.

“The only one I ever really got into was 007 Goldeneye,” says Porteous. “But I would also play with 3 friends, eat snacks and joke around. It was definitely a social event more than gaming.”

I’ve never felt the need to devote hours a day to a game, even though it’s sometimes fun to play a round of Mario Party with friends. It also tends to take a small amount of coercion from the group. This usually includes the old stigma that I don’t play video games because I suck at them and am a sore loser, neither of which is the case, as I have been known to be perfectly alright at Mortal Kombat and a variety of Mario games.

All that being said, I have nothing against gaming. It just doesn’t interest me.

But, if it came down to it, I would be more than happy to challenge you to Mario Kart if the mood strikes.