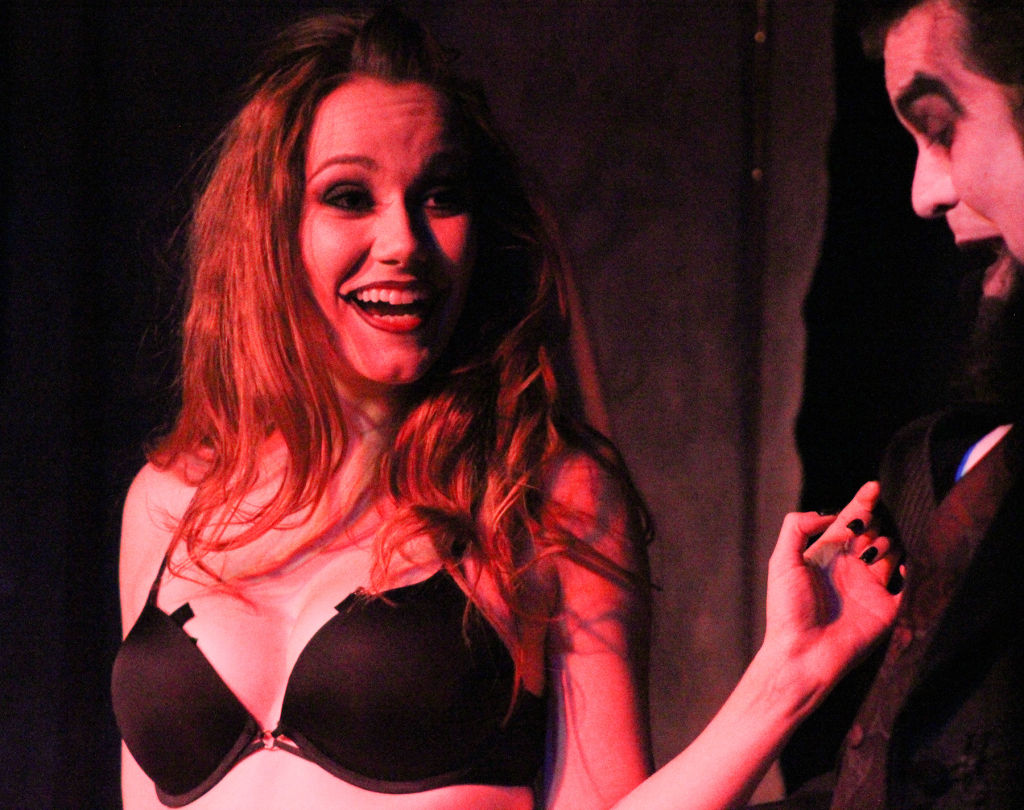 After one of her performances with Carnival Diablo, Canada’s ultimate sideshow, a pair of teenage girls went to talk with performer Jessica Huether, whose character is Ophelia in the show. They thanked her and said, “Your character is amazing because she’s really weird and that makes me feel okay about being weird.”

For Huether, this was one of the best moments of her performing career.

Huether first heard of Carnival Diablo when she got a summer job at a concession stand at the 1930s revival festival called Carnival Lune Bleue at Hog’s Back Park in 2009.

She would help with setting up the Carnival Diablo show and helping tear the sets down, as well. By the end of the season, McClelland offered her a job back in Toronto. She accepted and started out with tour managing, stage managing and social media. 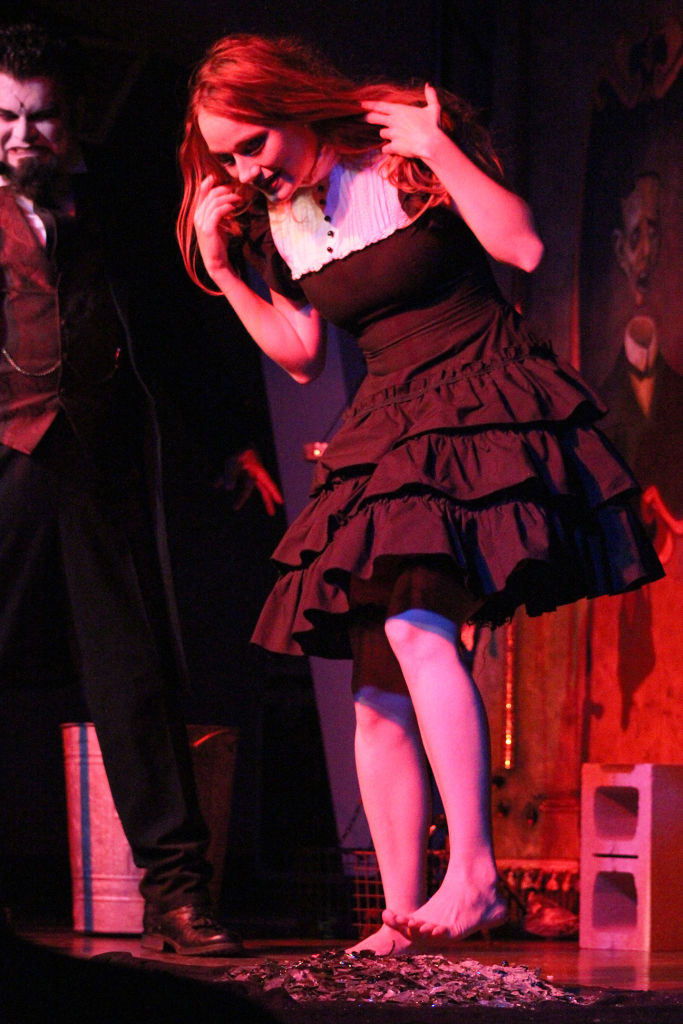 When a performer retired and the show had an opening, she was offered a performing spot in the show itself – to which she said no at first, but eventually she agreed.

And with that, she essentially dropped out of Algonquin College’s public relations program to “literally run way and join the circus.”

It was Huether’s first major decision in her life, and it worked out well for her.

“People would see my mom on the street, and stop her and ask ‘Oh, how’s Jessica doing?’” says Huether. “She’d go, ‘Oh, she ran away to join the circus.’ And nobody was surprised.”

That was her only disappointment, that not one person was surprised that she ran away to join the circus.

In Carnival Diablo, Huether assumes the role of Ophelia and does feats like laying on a bed of nails. It’s not her favourite act because she “feels every single one of those nails.” Nikolai Diablo – portrayed by Scott McClelland, founder of Carnival Diablo – also puts a cinder block on her stomach and smashes it with a sledgehammer. 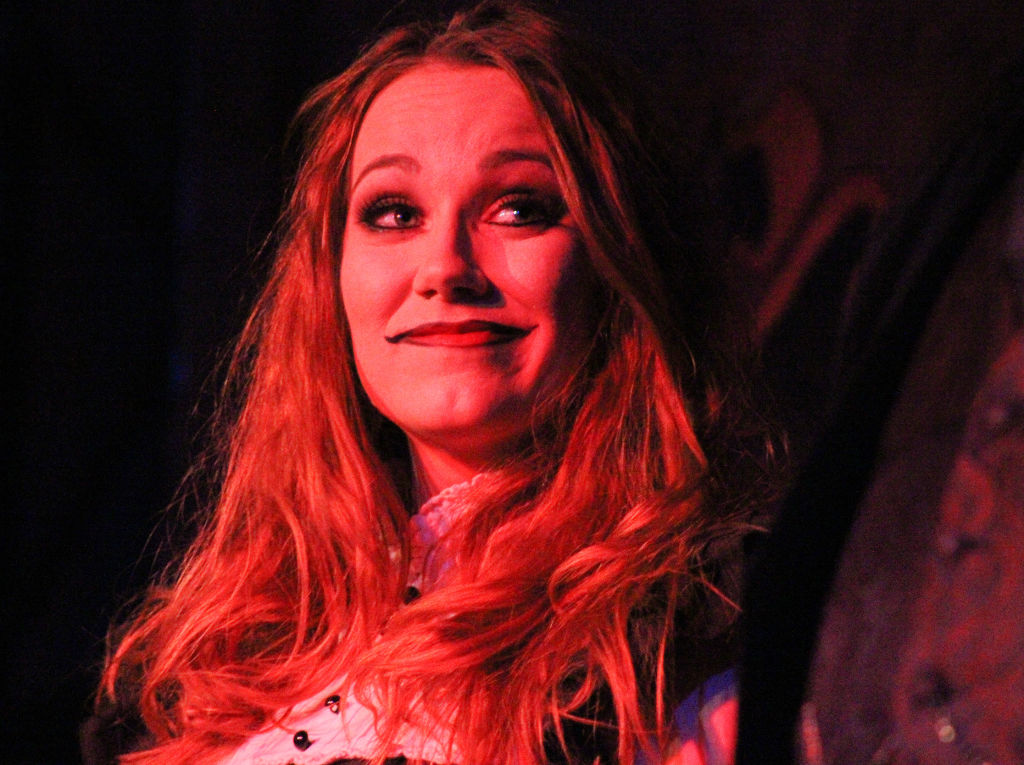 Huether’s favourite act is the Glass Walk. She walks on shards of glass and then jumps on the shards with glee. Her three-feet high jump is the highest of anyone in the industry.

With the dangerous acts the sideshow does, injury is an occupational hazard. One of her worst injuries was when McClelland stood on her chest when she was on the bed of nails. Whether the angle of is step was incorrect or if she just wasn’t ready for it, she threw her back out because of it in 2014, and they haven’t done it since.

“It hurt so bad I think I ended up teaching the first couple of rows some interesting new words that night,” says Huether with a laugh. “He’s very aware of his performance so he got off me when he knew something was wrong and by that point the adrenaline sort-of kicked in and I was able to finish the show.”

The performers are also trained in first-aid and try to minimize risks whenever possible, as they’re putting themselves in so much danger and their bodies through so much stress.

“(Ophelia is) kind-of Victorian and my character is sort-of the archetypal Ophelia down to the big, bright red hair,” says Huether. “(She’s) a little nutty, a little cute and maybe a little sexy, but very crazy.”

She doesn’t want her character to strictly be the sex appeal show, and even with all ages shows, her main demographic is teenage girls.

“I think that (sideshow) is such an interesting art form to play around with,” says Huether. “I don’t want any of our characters to be reduced to one role.”

When not touring around with Carnival Diablo, Huether is also an actress. She worked on such local films like Raiders of the Lost Shark, her first feature film and it a film in the programme at Festival de Cannes in 2015.

Huether went back to Algonquin in 2012 to take part-time studies in the makeup industry to hone her skills. Since her interest is in special effects and fantasy make-up, she mostly did that in the program instead of traditional make-up for weddings and photoshoots. 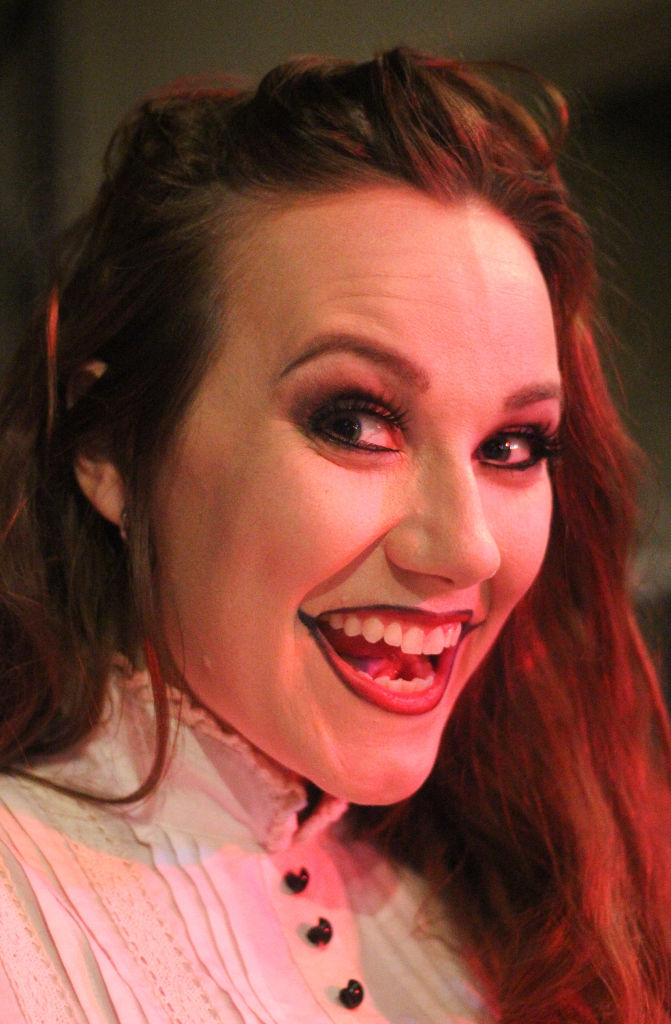 Huether doesn’t regret dropping out to pursue her passion, suggesting that people should think hard about it before doing it. Some of her friends finished the program and are now in government jobs, but she’d rather walk on glass.

“I don’t think that was ever my path,” says Huether. “When I was thinking about going into the corporate world, there was this fear of having to conform a bit within a certain box to be able to fit in.

“Going into entertainment, I can just be me. I can do wildly crazy things. I can walk on broken glass, I can eat a lightbulb. I can do whatever I want, I just have to have fun with it.”