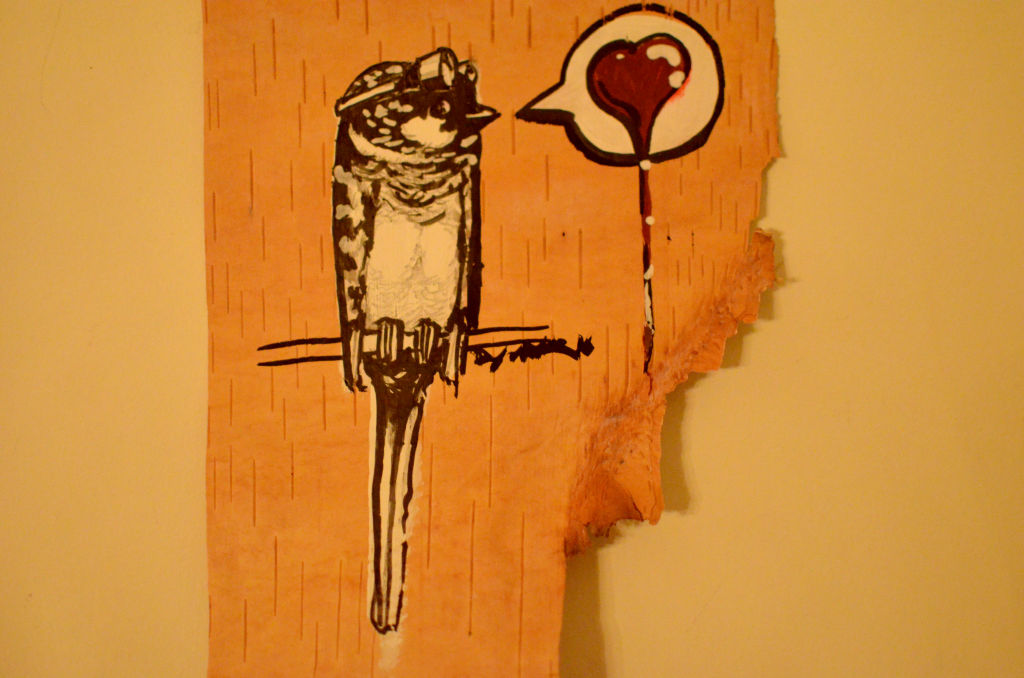 Beer flowed and bellies were filled in the dimly-lit tavern of Hintonburg Public House for the opening of Daniel Martelock’s “Sugar Bush” gallery the night of March 3.

Despite the harsh cold, the bar was packed from wall to wall.

It was Martelock’s first solo show in over a year, and marked a new experimentation for the 40-year-old self-taught Ottawa artist. With the old maple syrup buckets he collected from an antique shop in Perth, Martelock began painting a unique series of animals and designs.

“I like to incorporate whimsical, funny themes from everyday life. Lots of animals and birds,” says Martelock, who has been painting professionally since 2006. “I would say about 80 per cent of my art has been birds. I like how they’re self-sufficient and free.”

Martelock also made use of a collection of birch bark, which he pressed and then illustrated. Martelock’s designs are quintessentially Canadian, embodying symbols like the maple tree, animals, and nature. Even the repurposing of the buckets and bark is reminiscent of Canadian artistic characteristics.

“It’s essentially a welcoming of spring,” says Martelock. “It’s March. The sap is running. It means winter is over and there’s a new beginning.” 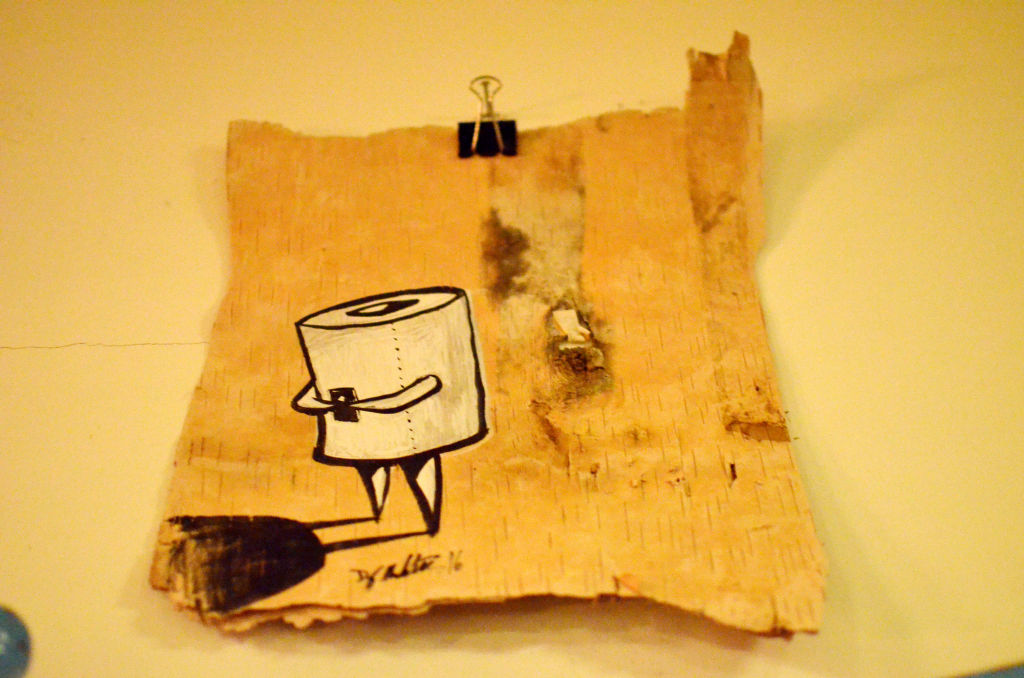 Martelock’s next project is an extension of some of his work in the gallery. He’s working on a series called “Bird Army.”

Several of his pieces at the gallery feature birds with medic hats and bags, some of them thinking of food, others of death.
“They’re first aid birds,” he says. “They’re basically just up against humanity and trying to help out other birds.”

Alison Korjic, a 25-year-old graduate of visual arts from the University of Ottawa, became heavily immersed in Martelock’s work after being invited out for drinks with friends. Korjic describes herself as a mixed media artist, someone who works with many mediums and combines them together. She is always on the lookout for new ideas for artistic creations. 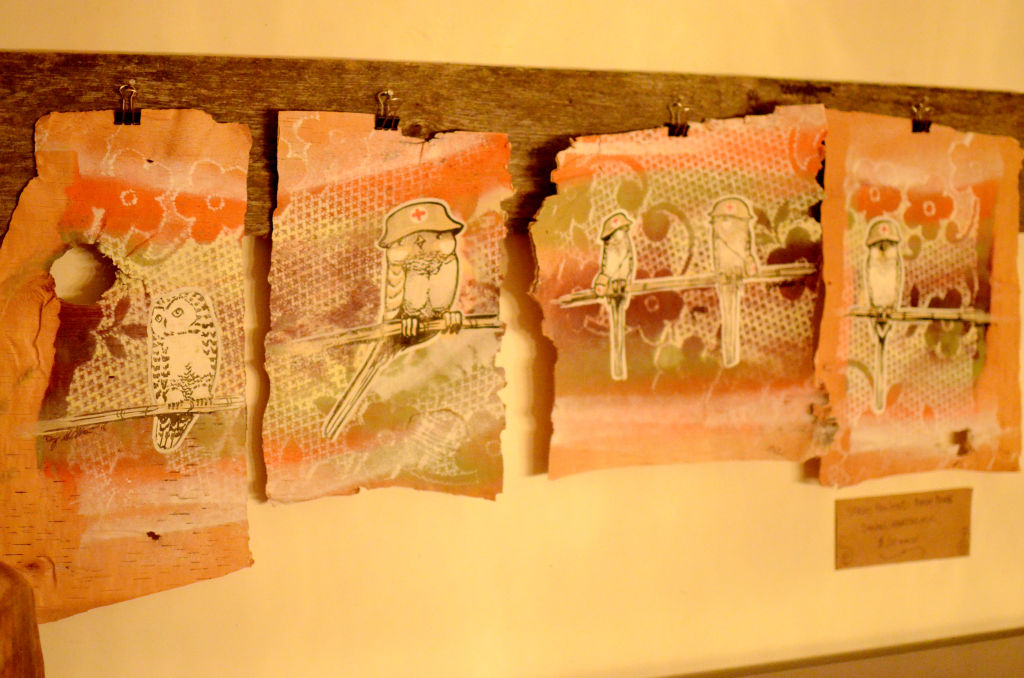 “I knew there was a gallery showing, I just didn’t realize it was going to be something so new and interesting,” says Korjic. “As an artist, you can get into discouraged thoughts about how everything has been done and there’s no originality anymore. Then someone like Daniel comes along and blows everything out of the water. It’s inspiring.”