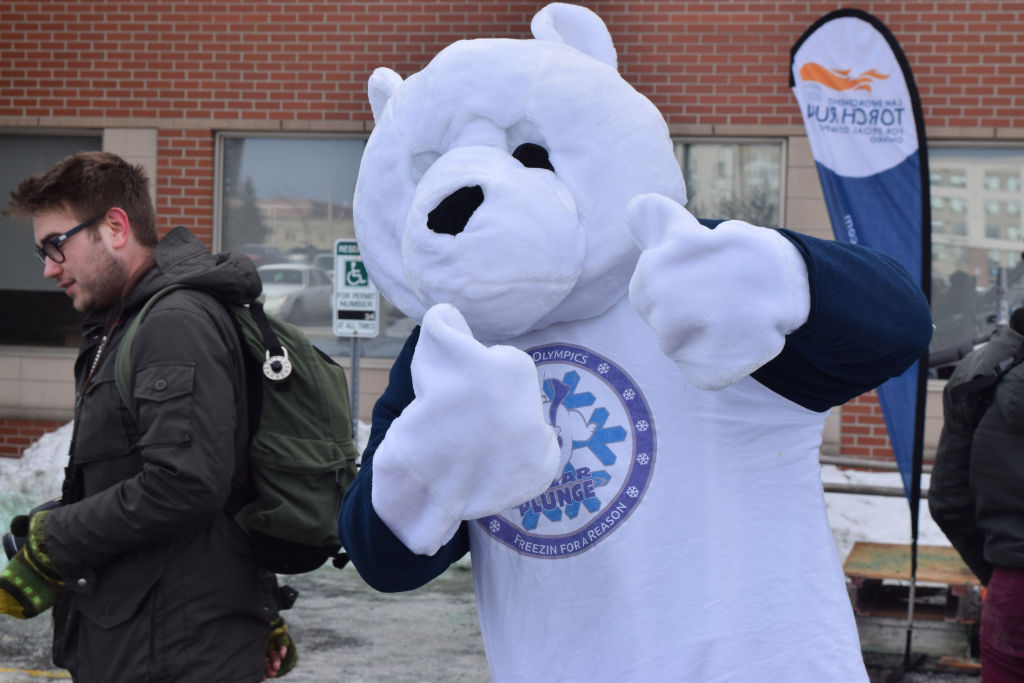 The police do their part and jump right in to support Algonquin’s Second Annual Polar Plunge for Special Olympics.
Photo by: Cynthia Cee

Paul Anca, second-year police foundations student at Algonquin, doesn’t claim to have a special relationship with water. He isn’t overly keen on cold water either.  “My history with swimming is fantastic. Swimming in cold water – not so much,” Anca says. “The furthest I’ve gone is dipping my toe in the cold ocean once and I’ve never done it since.”

Yet he is part of a team of eight first-year police foundations students diving in to the Polar Bear Plunge at Algonquin to help raise money for the Special Olympics. The plunge happens every year, all throughout Ontario and Canada. “In our group, only one of us has done it before,” Anca says. “The rest of us are going to be experiencing this for the first time.”

Ottawa Police Services, Special Olympics Ontario and the Law Enforcement Torch Run sponsor the Polar Plunge. This is the first year it’s being held at Algonquin. 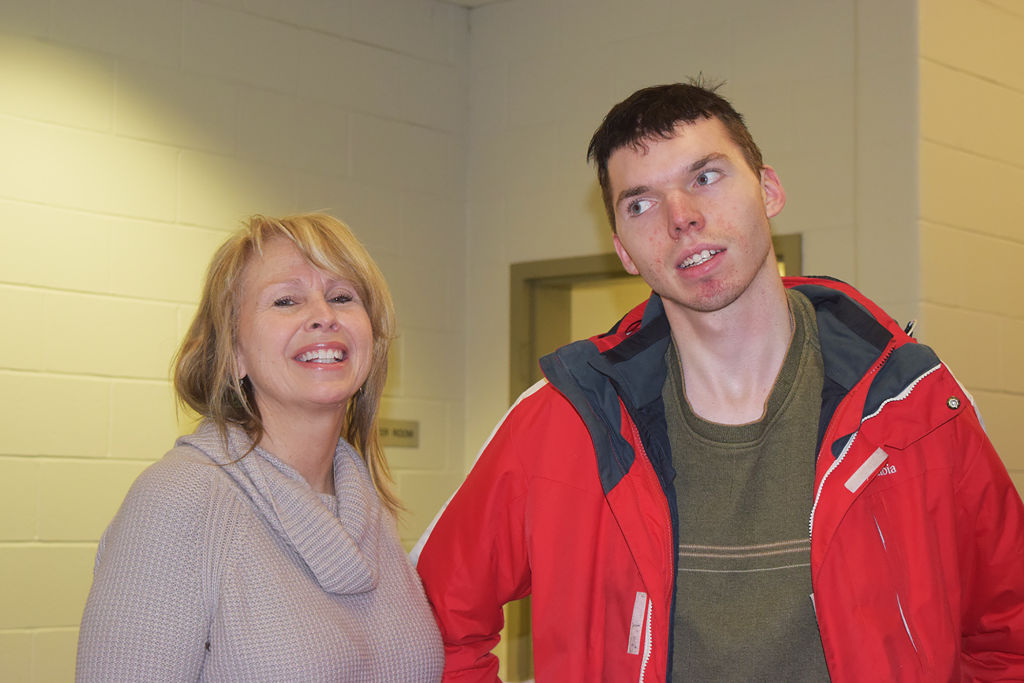 “I just saw the contraption that I’m going to be diving into tomorrow,” Anca says. “I saw it on my way in to the school. It’s pretty awesome”

Colin Ratclaff is a Special Olympics athlete, competing in ten-pin bowling. “This is Colin’s first time jumping with the Polar Plunge,” says his mother, Karen McDonald. “He did the polar bear dip on New Year’s Day but when he saw this one on the website, he wanted to do it.”

“I’m hoping that we can get the word out so more people will participate in their community and raise some funds for Special Olympics,” Anca says.

Anca climbed the stairs and stood at the top of the pool, looking into the cold water below. Everyone was clapping and cheering. With a smile to the crowd and a tip of his hat, he jumped in.

“How was it? It was bad for about the first five seconds, then it was ok. Everyone was supportive. It was a good time,” Anca says.

“I’d love to do it again,” he adds. “Had you asked me two minutes ago, I would have said no. But now? Absolutely!”