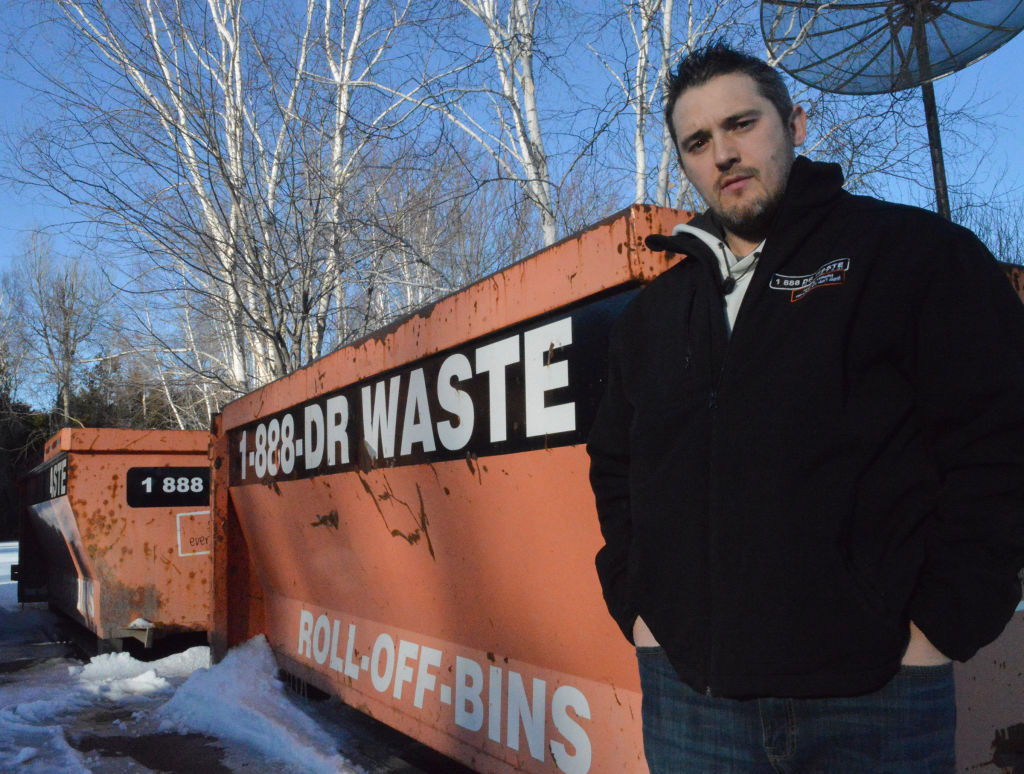 If one man’s trash is another man’s treasure, then Kris Hodgins is hauling treasure by the trailer-full.

Hodgins owns 1-888-DR-WASTE, which is a waste removal and demolition company. When someone does renovations on their house, Hodgins’ company can come in and remove the old and prepare for the new.

Hodgins also owns Good Lookin’ Carpet Cleaning and rents labour to contractors who are looking for an extra set of hands. Recently, the company has started doing small renovations as well.

“It was mainly a business degree, but a more specialized degree.” Hodgins says

One questions usually confronts Hodgins when he tells people what he does: Why waste removal? “I had worked in the business while I was in school. I saw how much the company took in because I was on the front lines and thought ‘I could do this.’”

As his university career wound down, Hodgins started to put his plan in place. “While I was still in school I had the name, the website, the trailer and the only thing I needed was to get the pickup truck when I got back,” he says.

“I wanted to try something on my own and worst-case scenario, all I had was the truck and trailer, so my initial investment was low,” Hodgins says.

The initial $500 per-month investment meant Hodgins started hauling junk to the dump with his trailer. Eventually, he bought his first dumpster.

But not all things that Hodgins picks up end up at the dump. “We try and recycle all metals, we also try to donate as much as possible to places like the Salvation Army,” he says.

When Hodgins started, the business was profitable and grew slowly. “My initial investment was low and I was living at my parents so it worked. But if I was in a position that I’m in now, where I have a mortgage and a family, it probably wouldn’t have been profitable,” he says.

“It’s been a slow and steady growth but that’s how I wanted it,” Hodgins says. “I didn’t want it to get too big where I bought a bunch of equipment and it’s not sustainable long-term.”

Hodgins mainly advertises online using Google ads. “When I started it was mainly Yellow Pages but that’s pretty much obsolete now,” he says.

He says he’s hesitant to use print ads because of the nature of his business. “Nobody is going to hang onto my coupons thinking ‘maybe my fridge will break down next week.’ I need to catch people when they need the job done.”

As for being his own boss, Hodgins has mixed feelings. “If I have a thousand customers, I have a thousand bosses,” he says. “There are a lot of days I’d like to just go home and be able to forget about my job. It’s basically a 24-hour job. I do like the freedom I’ve been able to have as a result, but that’s also because of 80-hour work weeks.”

Hodgins is now planning to take his business to the next level. “I want to expand it to other cities and either franchise it or have licensing agreements with people in other cities.”