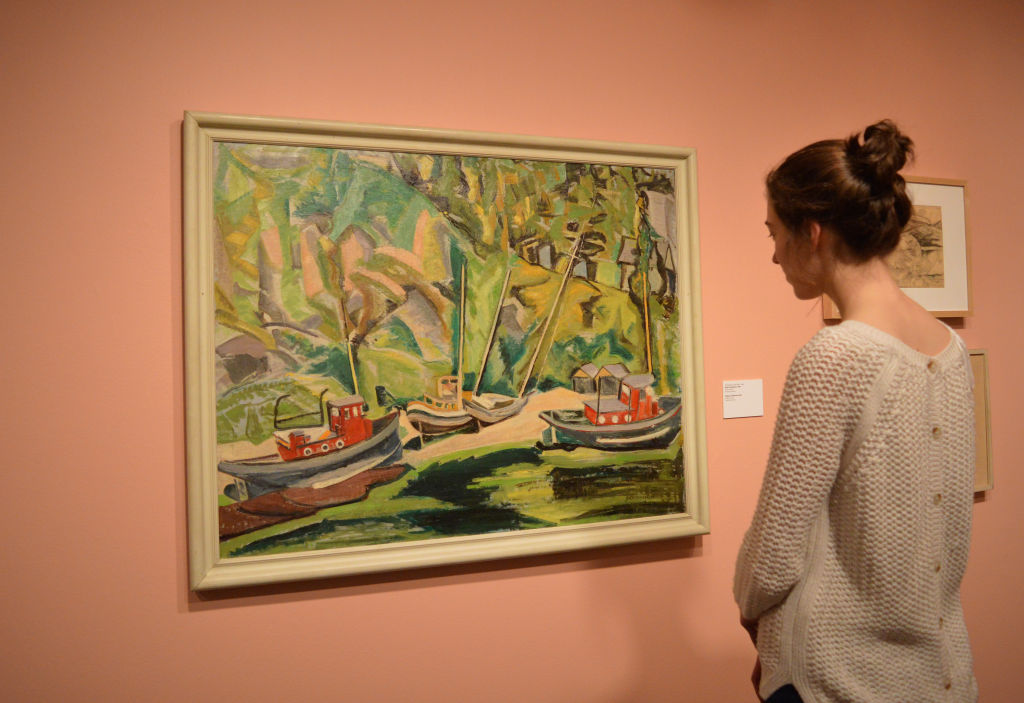 Chloe Linke, coordinator of the Creative Sundays program at the Ottawa Art Gallery, examines “Boats on the Tadoussac,” which Paraskeva Clark painted in 1946.
Photo by: Ilana Reimer

A Window on Paraskeva Clark, an exhibit at the Ottawa Art Gallery, is displayed in a fairly small, softly lit room. The art is shown in muted frames and arranged in chronological order. The gallery’s interim senior curator, Michelle Gewurtz, describes the story behind each piece, throwing in fascinating bits of Clark’s life along the way, like the fact that she worked as a set designer in Petrograd, now St. Petersburg.

Walking around the room feels like a journey through Clark’s life. It starts with rough plans for large-scale window paintings in the early 1930s’, then moves to landscapes, still life and more modern abstracts.

The exhibit, which opened Feb. 19, is something Gewurtz has wanted to bring to the gallery for a while. At the time, Clark’s well-crafted contemporary pieces boded well for the future of modern art in Canada. And it continues to do so. “She was determined to be herself and be different – not be compared to other artists,” Gewurtz says.

Clark was a Russian-born painter who came to Canada in 1931 and is known for the many paintings she created for window displays in the Timothy Eaton Company in Toronto. A feminist and communist, Clark gave many lectures across Ontario on women’s issues. While she enjoyed painting, she often didn’t value the commercial art she produced very highly because she disapproved of capitalism. 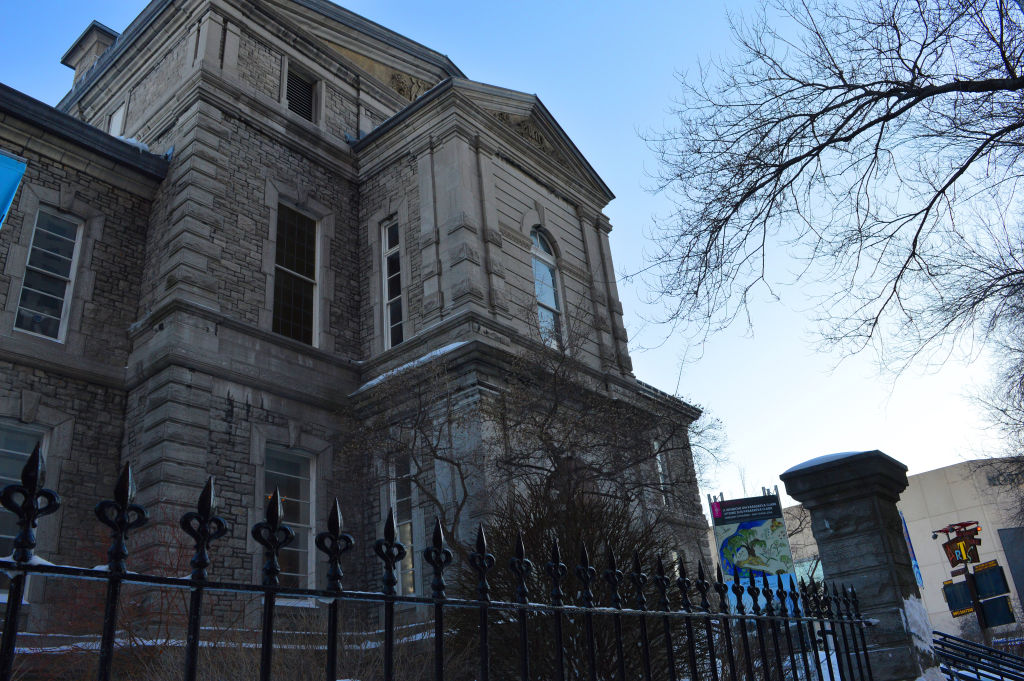 “Part of what art does is contribute to larger conversations on history and politics,” says Gewurtz. She explains that a key reason to preserving past art is that it shows how we got to where we are.

“If you only pay attention to contemporary art – at some point that art will become history.” Gewurtz says. “Does that make it no longer relevant? I don’t think so. And I think that is a naïve and short-sited view. Modern artists are influenced by history and are highly aware of it.”

Clark was commissioned to document the women’s effort during World War II. She was also one of many artists, including some Group of Seven members, who painted Canadian landscapes to be printed on silk screens and sent to the soldiers overseas to keep up morale.

The idea also inspired an upcoming silk screen activity for Creative Sundays, a weekly program put on by the gallery that provides free art projects for people of all ages every Sunday afternoon. The sessions are usually related to current exhibits.

“We wanted to do something in the theme of fashion and design that was fun and creative but also experimental,” says Chloe Linke, coordinator of the Creative Sundays program. “Because part of what she (Clark) talks about in her work is how experimenting helps her feel more confident about trying new things in painting.”

Chloe Linke is a third-year bachelor of fine arts student at the University of Ottawa. She enjoys working at the gallery, in part because of the diversity of people who come in. “I enjoy getting to be creative, hearing ideas and making things with people,” she says. “That’s something I find joyful.”

Linke says she learned a lot working at the Ottawa Art Gallery. “It definitely broadened my perspective of art and its role – not just learning something from a slideshow in class but actually seeing art on a wall, and all the different things that go into a gallery that make visiting and seeing art actually happen.”

The Paraskeva Clark exhibit runs until May 29, with a curator’s tour on April 20 at 2 p.m. See gallery hours here.