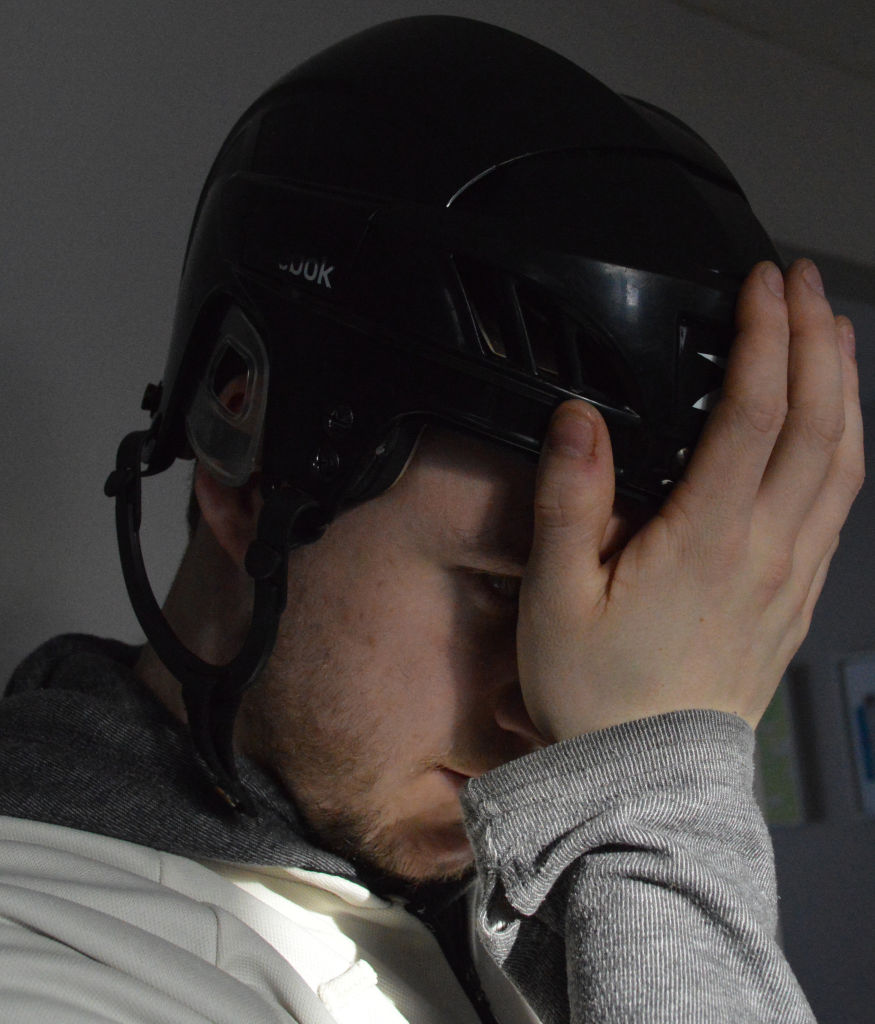 If you play a contact sport, you’re going to get hurt. This is the what many coaches, athletes and parents say when discussing concussions.

The long-term effects of head injuries are still being researched. New studies are being published regularly, and they are being talking about in magazine articles, Hollywood movies and documentaries. But what is the attitude on the field or on the ice? Are athletes taking concussions seriously?

It wasn’t long ago when Sidney Crosby had to duck out of the season because of a concussion. We heard critics accusing him of being weak. Or using it as an excuse not to play.

Adam Morton, who plays for the Perth Blue Wings hockey team, says that a few years ago that was the normal attitude.

“You got hit in the head and you didn’t go back out and play you were a wuss,” he says.

Morton says that he and his teammates kept playing, even though they probably concussions.

“I was just afraid of being the guy who was referred to as a ‘Band-Aid,’” he says. “Where you just get hurt all the time. So I would just go out there. I mean, maybe I didn’t have one. After the game I had a bit of a headache but then I would go to bed and kind of be better the next day.”

This confusion about what actually constitutes a concussion seems to be why a lot of athletes continue to play even after suffering a blow to the head. The Mayo Clinic lists various symptoms. From the obvious – losing consciousness – to the oftentimes overlooked headache, nausea or dizziness.

But with the recent attention being paid to concussions, attitudes are changing. Morton attributes this to parents, over anything else.

“The parents are worried. They think, ‘Oh I don’t want my sweet little baby to get hurt,’” says Morton. “But it’s a contact sport. Things are going to happen.”

However, even sports with no contact have to consider the long-term effects concussions may have.

Alexandra Telford, an architecture student at Carleton, has been running track for years and estimates she’s had five concussions over the last two years.

Her first one happened while she was swimming laps at school when she and another swimmer collided heads.

“At first it kind of shocked me. I got up, I apologized, but I kept swimming,” she says. It wasn’t until the next day that she started getting headaches.

The injury took her out of track for two months, though she only took five days off of school.

“I had to do cognitive tests when I was getting assessed and my memory didn’t seem to be affected,” Telford says. “But I often got muddled on simple tasks. After the very first concussion, I was trying to do a calculation and I kept getting it wrong. It was simple addition.”

It’s long-term affects that student athletes really have to consider. Neither Telford nor Morton were told to stop playing by their doctors. But Morton says that he now play more cautiously, as do many of the other players.