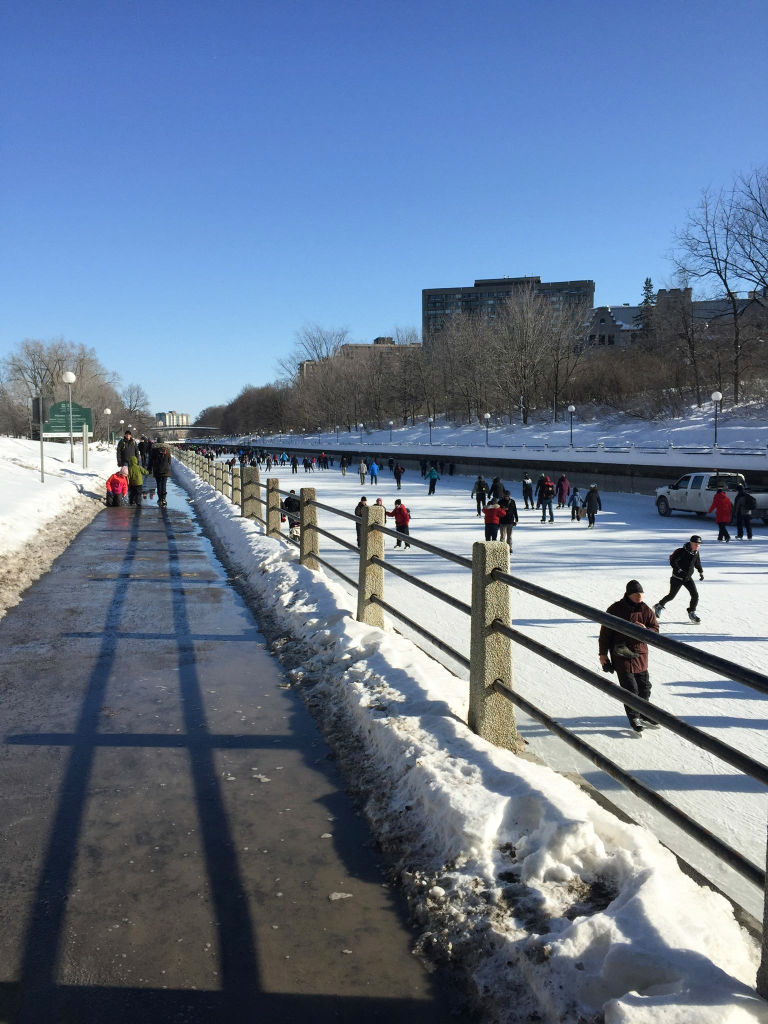 It was a record-breaking winter for the Rideau Canal skate way, but nobody in Ottawa is celebrating.

The National Capital Commission raised the red flag for good last Thursday, Feb. 25, due to poor ice that wasn’t likely to improve due to adverse weather conditions.

The season lasted just 34 days, with 18 of the 34 open to public skating – the shortest season in the 46-year history of the world’s largest skating rink.

“It’s a sheet of ice floating on water, so you’re really at the mercy of Mother Nature,” says Jasmine Leduc, communications officer for the NCC.

“There was a lot of water that accumulated on the ice. We didn’t lose the ice thickness right away, but it really affected the quality of the ice and in some areas it started to affect the thickness.”

The 18-day skating season of 2015-16 fell significantly short of the previous worst of 26 days back in 2001-2002. It ended 22 skating days below the seasonal average over the past five years and a resounding 41 days short of last winter’s total.

“There was a lot of disappointed skaters out there and we really tried to manage expectations,” says Leduc.

Warm weather mixed with significant rain and snowfalls conspired to create the worst conditions imaginable for maintaining a safe surface. The NCC requires 30 centimetres of quality ice in order for the skate way to be considered secure.

“Some people think that it’s cold when it’s only minus five. We need cold, like many nights of minus 15 or 20 for us to be able to rebuild the ice,” says Leduc.

“The snow is also the enemy of the ice; it isolates the ice and prevents it from thickening.”

Perhaps it was a case of luck balancing out. The canal was open for 59 days in a row last winter, breaking a record for consecutive skating days dating back to 1971-72.

University of Ottawa international studies student Bailey Clinton expressed some regret over not getting out to skate this winter before the season was cut short.

“I went home for reading week and told myself I’d skate when I got back, before the season was over,” says Clinton. “By the next weekend, it was closed.”