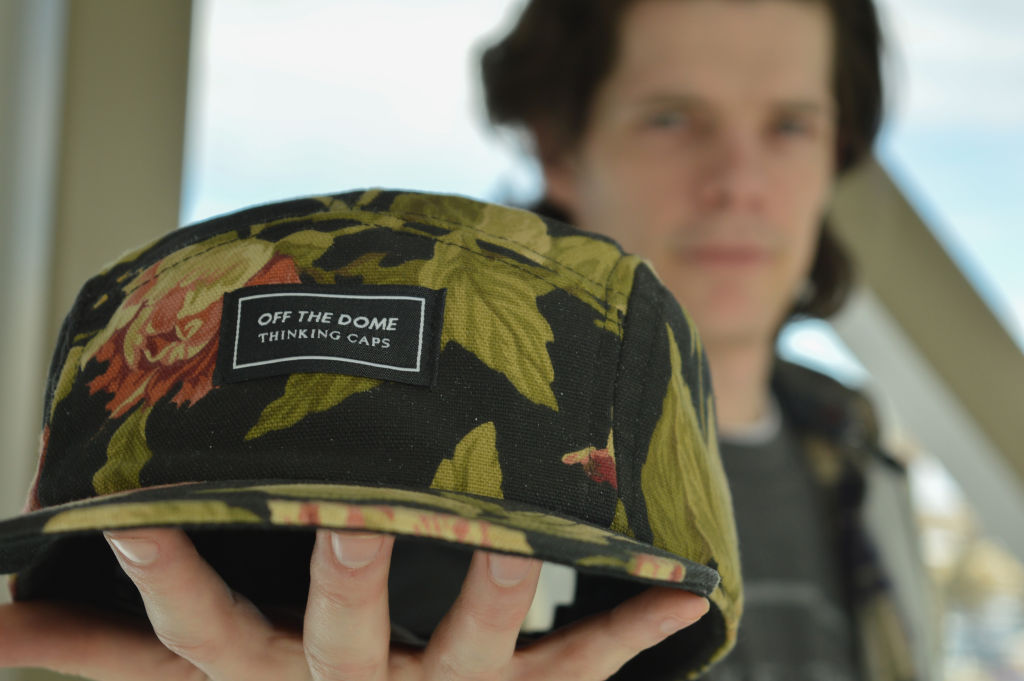 A trio of graphic design students from Algonquin College have started the only company that sells locally manufactured hats in the city.

Off the Dome, featuring self-proclaimed serial entrepreneur Brendan Wilson, along with Christian Madrid and Stephen Bickram, allows customers to design custom 5-panel hats, which the team personally manufacture to order, or choose from a collection of limited edition designs.

The business was born out of Wilson’s basement, where he taught himself to build the 5-panel hats from raw materials after attending fashion school at the Richard Robinson Academy of Fashion Design.

“I started talking to Steve and talking more with Christian and kind of narrowed it down that these were the two guys I need to help me out,” says Wilson. “Then after second year, that summer we really hit the ground running.”

Once the team had the manufacturing process up and running and a website with a custom hat designer created by Madrid, looked to Kickstarter for initial funding.

“I was making hats with a little white Wal-Mart sewing machine I knew we needed something better but we’re broke students and we didn’t really have any money so we always knew that crowdfunding was an option,” says Wilson. “It seemed like a no brainer. We set it up for a month and we asked for $6,000 and we sold a bunch of different prizes like sunglasses and t-shirts.”

The Kickstarter was successful and allowed the team to streamline the manufacturing process as well as stockpile materials to be able to fill orders. Then they obtained a vendor’s permit and started to sell the hats in Ottawa’s ByWard Market.

The biggest attraction to the hats was their local manufacturing, as they are the only company that manufactures caps from scratch in Ottawa.

“You would have to really explain to [the customer] ‘we cut and sow each of these’,” says Wilson. “Once they figured that out we’d usually get the sale.”

The other big draw to Off the Dome is the exclusivity of their designs, with no more than 16 of any one design being made.

“A lot of people would be like ‘I really want this hat but I’m kind of on the fence’,” says Bickram. “We’d say ‘well we only have two more and we’re not making any more’ so if you want it this is it’.”

Most of the revenue in the company is reinvested into materials, so profits have been quite low for the graphic design students. But new opportunities for the company, manufacturing hats for other companies is threatening to boost the companies demand significantly.

“We always envisioned it as our own brand like an Adidas or a Herschel,” says Wilson. “But once we got the ability to make them ourselves and at a high volume we started getting interest from other people to make their hats like restaurants and other clothing brands.”

But the team is at a crossroads. Nearing the end of the three-year program, all three are about to head out to begin their placements, and hopefully careers, as graphic designers. However, although the supply may shrivel due to lack of time, the three are confident that Off the Dome will be a lifelong project between friends.

Off the Dome will live on, although the future is uncertain as to what shape it may take.