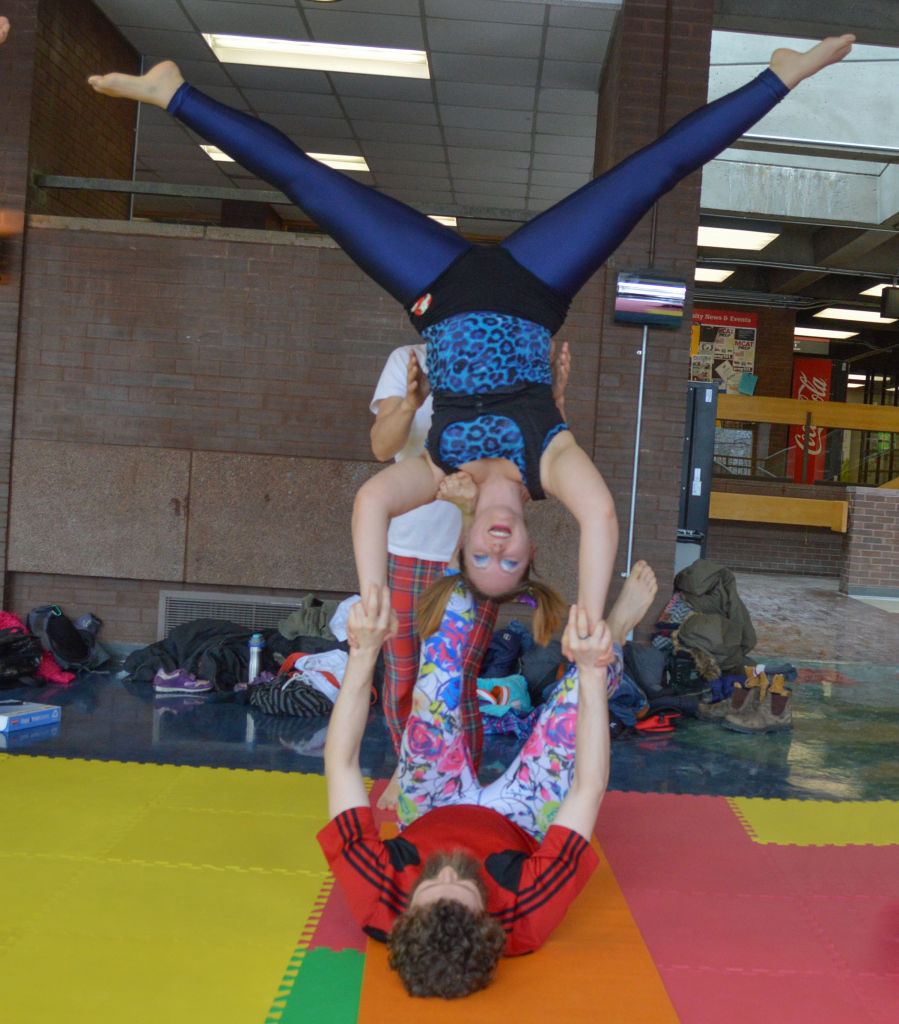 Jan Jones, base and Sophia Tsouros, flyer both attended the Acro-yoga jam session at Carleton University on Feb. 27. Acroyoga in Ottawa is a growing community that is both playful and supportive.
Photo by: Jenna Guilbeault

For Amelia Johnson, a Carleton student completing her master’s degree in geomatics, independent yoga practice was never her taste.

But when she discovered acro-yoga, a sport combining the intricacies of yoga and the excitement and precision of acrobatics, she fell in love.

Johnson jumped into practicing acro-yoga about four years ago and to share the new form of yoga. She, along with some colleagues, created the acro-yoga club at Carleton University two years ago.

Since acro-yoga is a two-person sport, one acting as the base and the other as the flyer, there is a tremendous amount of trust and communication required between the duo. 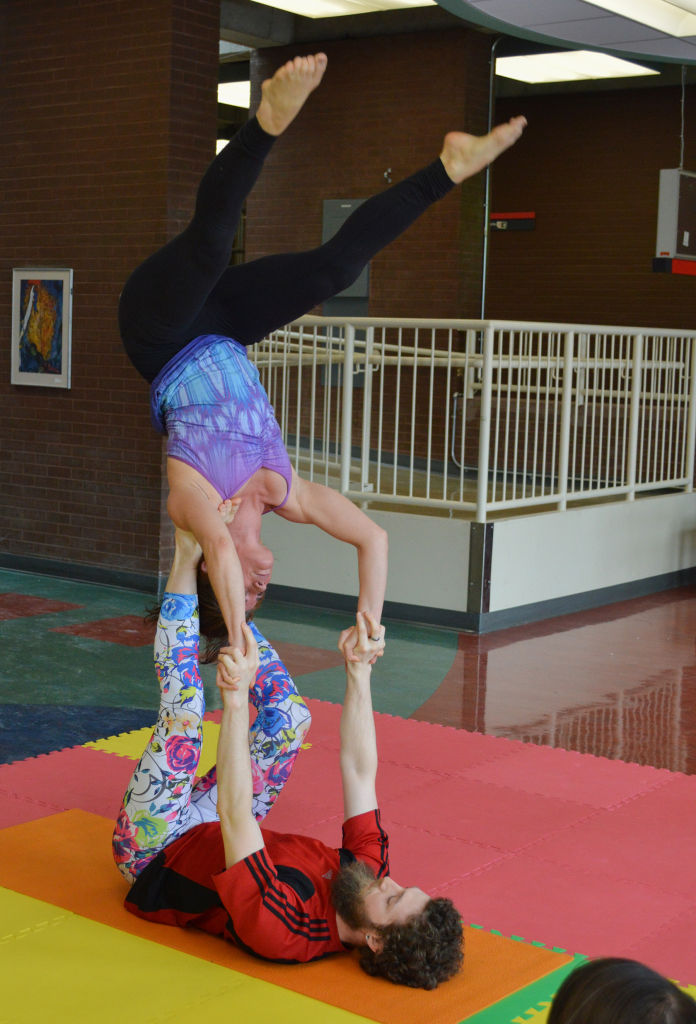 “You have to learn to let go and give someone else control and practice good communication so they can move you,” says Lucas. “You really have to work together.”

She describes the practice of acro-yoga as uplifting and more playful than individual yoga.

Usually the base position is assumed by the larger person of the duo and the smaller one the flyer, however this isn’t protocol – roles can be reversed.

“The flyer is mainly supported by the feet and legs of the base, but the arms are used to transition and hold some postures,” says Bradley Kreitzer, an avid acro-yogi. 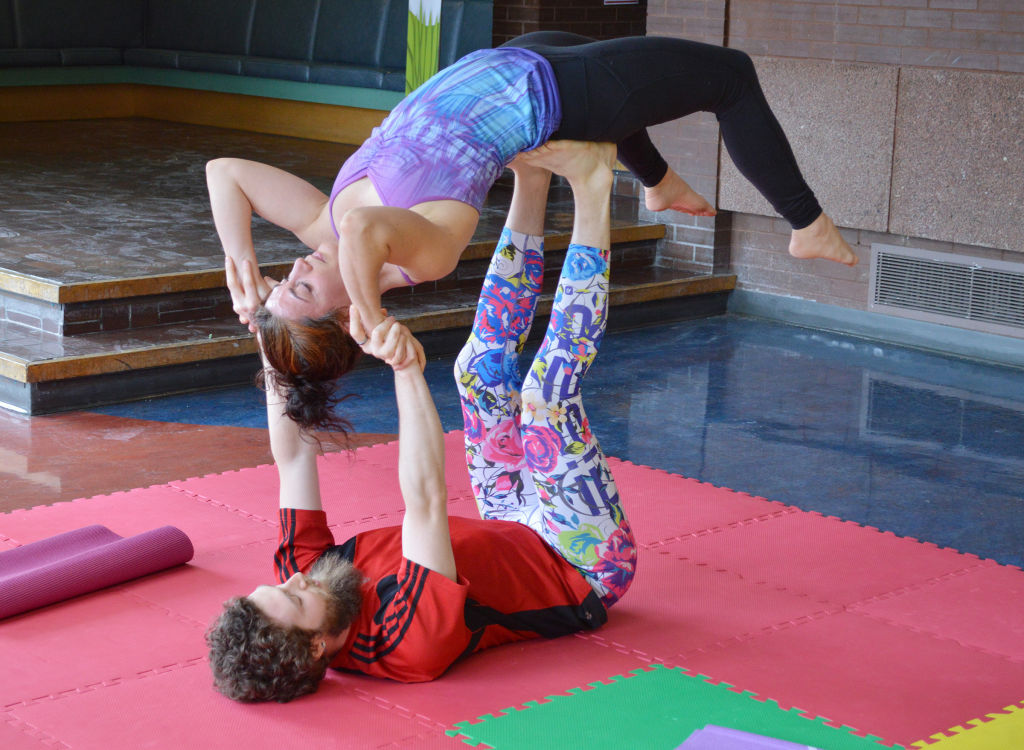 Lucas and Johnson both agree that the trick to this form of yoga is bone-stacking, that is to align your bones so that the weight is loaded on bone joints instead of being held up by muscle, and therefore if executed properly, the smaller person can successfully act as the base for a heavier flyer.

“The biggest learning curve for newcomers is getting their legs straight and bone-stacking,” says Johnson.

Overall, this new form of yoga is both challenging and fun all at the same time.

Johnson says that the Ottawa acro-yoga community is absolutely growing and is suitable for anyone at any level to join and practice.

“Everyone is really supportive of each other and it’s overall just a good time,” she says.