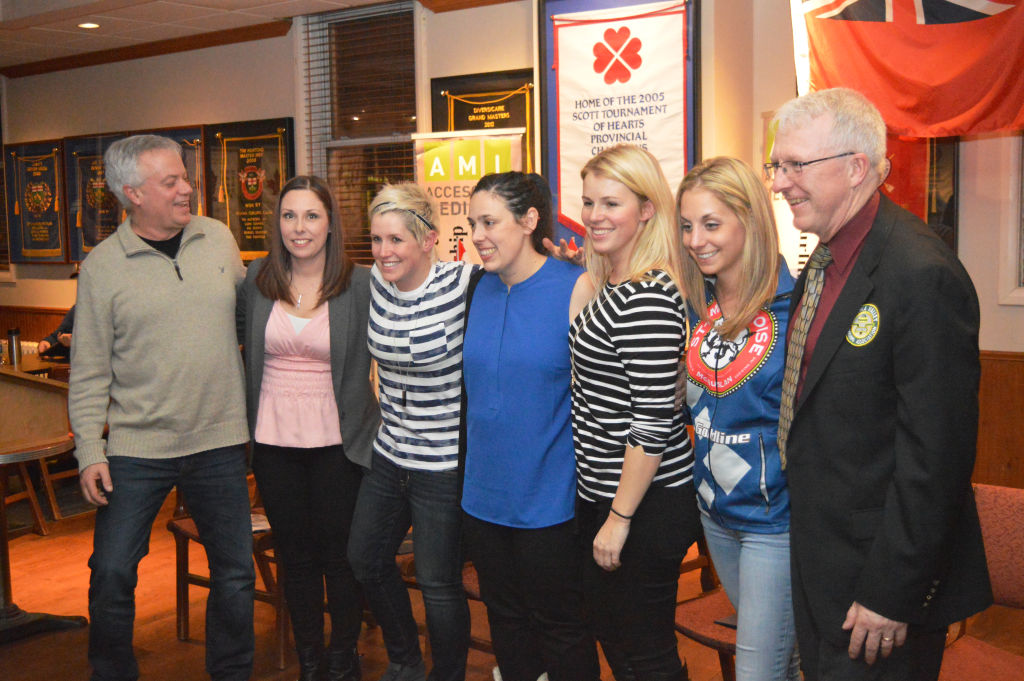 Although the sign on the outside of the building says “Home of Team Homan,” the Ottawa Curling Club was full of Team Hanna supporters on Feb. 10.

Jenn Hanna and her underdog squad beat Team Homan in January at the Ontario Curling Championships to secure a spot in the 2016 Scotties Tournament of Hearts.

Rachel Homan and her team have represented Canada on numerous occasions, including the World Championships and the Olympics.

The shocking win has propelled some members of the team into unfamiliar territory, while Hanna herself is back at the Canadian women’s curling championship for the first time since 2005.

“It feels good to have won against them because they’re that good,” Hanna says.

Since her 2005 appearance, where she lost on an incredible last-stone shot by Jennifer Jones, Hanna has taken extended periods away from the game to focus on her personal life.

During her absence from curling Hanna got married and had three children. But she just couldn’t stay away from the game that she, and her family, are so passionate about.

In fact, Team Hanna is somewhat of a family affair. Jenn’s sister Steph is the team’s second, while their father Robert acts as coach. 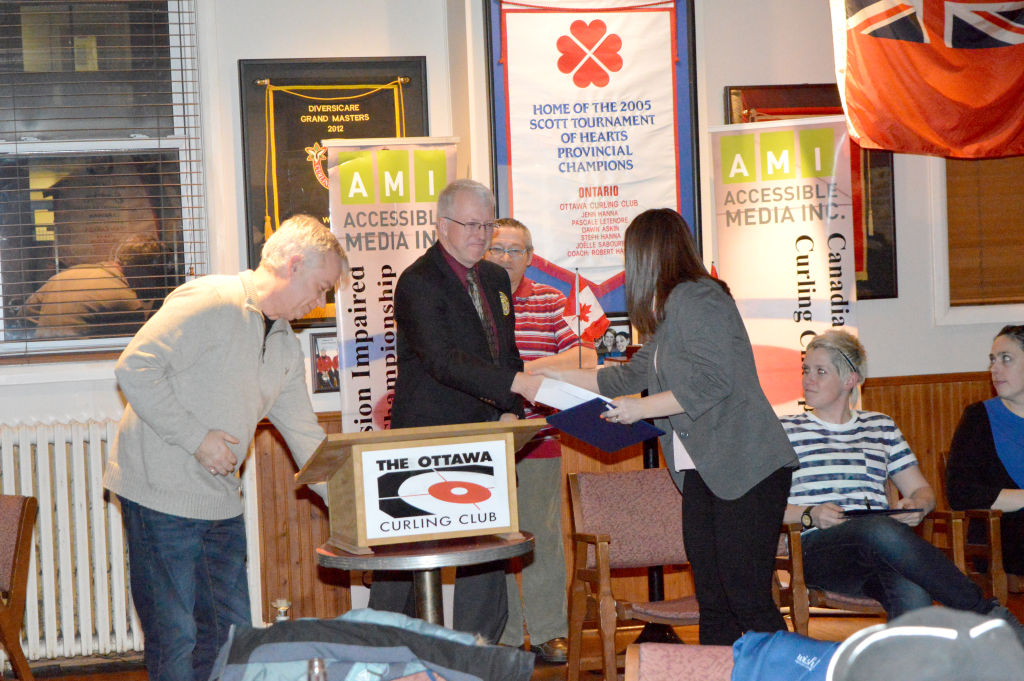 “Curling is no longer my number one priority in my life,” Hanna says. Her children and husband now take up a majority of her time.

Asked about the prospect of a larger cheering section this time around, Hanna says her family will be watching from home. “The kids are too young to sit through three hour games,” she said. “It’d be more stressful for me because I’d be worried about a toddler running around the rink.”

Another member of the team that is familiar with balancing curling with life is Britt O’Neill, a third-year dental hygiene student at Algonquin College. “It’s tricky, it’s a challenge for sure,” she says.

“We leave during reading week,” O’Neill says. “I have three midterms while I’m gone but I get to write all three the day after we get back. Thank goodness I have the supportive profs and staff that I do.”

Going back to the Scotties after a 10 year absence, Hanna admits this time is not expecting the same thing as her last appearance.

Hanna isn’t worried about the underdog tag either. If anything, she thinks it could be an advantage. “We have two ladies on the team that have never played in a provincial championship. So to win it does put us in an underdog position. But not having that target on your back makes it easier to just go in and play.”