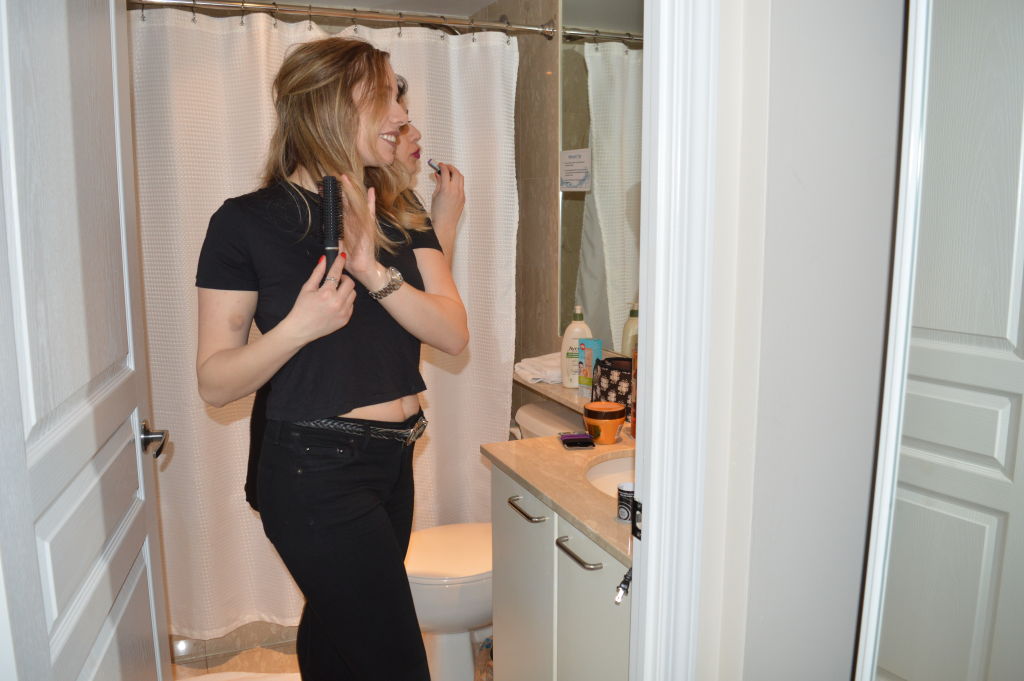 Women’s bathrooms in night clubs are a sacred safe space for human kindness. Ask any woman and they can tell you a time they were told their hair, make up or outfit looked amazing.
Photo by: Molly Gatt

If the people of Earth were as nice to each other as women are in nightclub bathrooms, there would be no war. Or,at least, no reality television.

In bars and nightclubs across the country – Ottawa is no exception – women or teenage girls with fake IDs can probably share with you a time where they gave or received a great compliment on their makeup, hair or outfit from a complete stranger.

Algonquin architecture student, Kristen Ostrom, 19, was in a night club in Ottawa when she told a stranger she looked just like Nina Dobrev, the main heroine from The Vampire Diaries.

“She was so happy, she gave me a hug and was screaming,” says Ostrom. “I wouldn’t have told her that if it were the dance floor but in the bathroom its more personal and quiet.”

Marie Evrard, 22, who lives in Ottawa but studies nursing out in Cornwall, gives alcohol full credit for giving ladies the courage necessary to try and make random women they don’t know feel good about themselves when they enter the bathroom.

“If you see them crying, you have to stop and ask them what’s wrong,” says Evrard. She says it’s usually over a guy and regardless of the situation and the fact she knows next-to-nothing about the relationship, she tells them they deserve better.

“It’s like a black hole where everyone forgets to be bitch,” says Danica Roberts, 22, a former journalism student at Algonquin.

Roberts says she has a gorgeous, blonde friend who stands at six feet that is a complete savage in clubs or bars. She’s always scrapping with other women, but when she enters the bathroom she becomes a completely different person.

She’ll tell the same girl she tried to beat up that she loves her shirt, hair and anything else she can think of. Once she exits the bathroom again, all bets are off and the same girl she told had an amazing lipstick colour will likely be pushed to the floor.

“My words of wisdom are to spread the love onto the dance floor,” says Roberts. This is advice she wishes she could give her friend, but she would probably kick her ass if she tried.