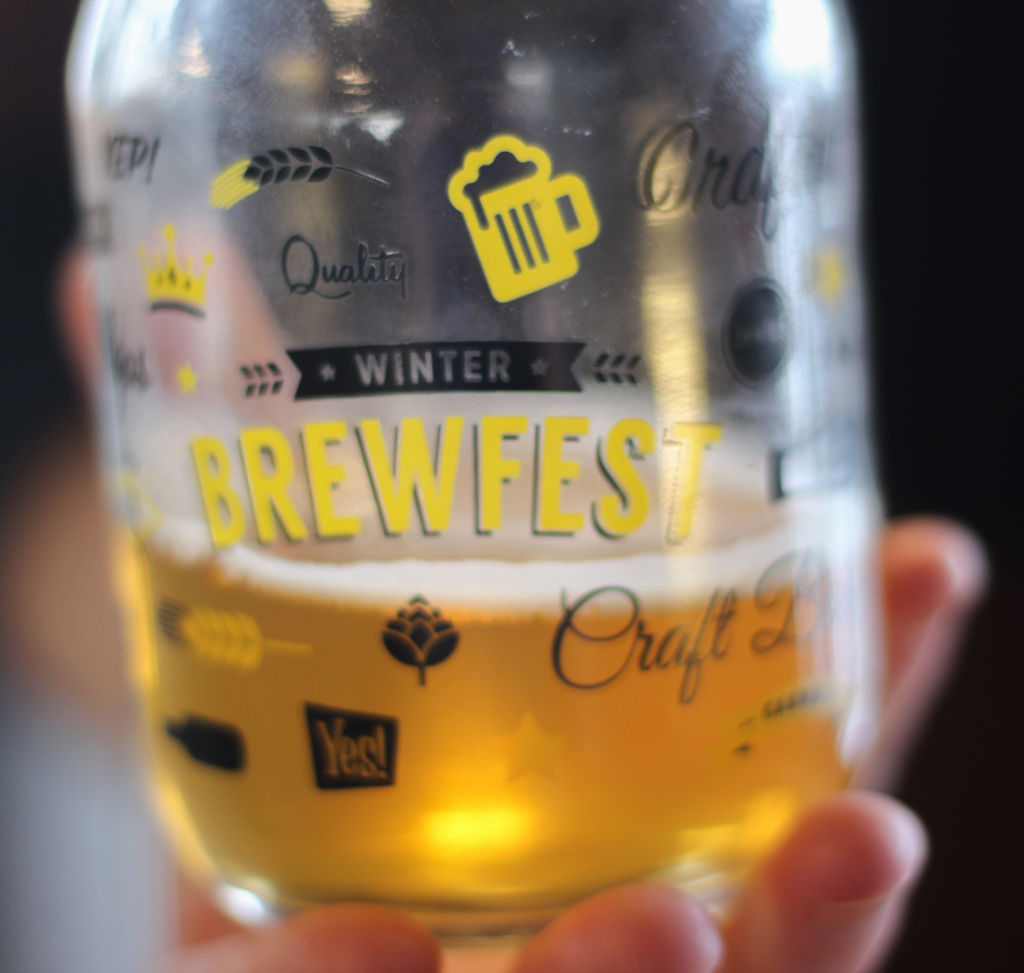 I can’t tell you for sure if I had a pinched up look on my face the first time I tried beer, when I sat on my grandfather’s lap, but my bet would be I did. Generally, I’m not a beer drinker. I prefer cider or rum and Coke.

Since I’m a non-beer drinker, I thought it would be a fun experiment to attend the 2016 Ottawa Winter Brewfest and sample different beers. Judging by the finesse and passion with which people talked about beers at the festival – I felt like I was the only patron there not to have a craft beer before attending. And I was likely one of the only people there who didn’t particularly enjoy the taste of bitter beer.

But with slightly over 100 craft beers being featured in 2016’s edition of the Brewfest, there wasn’t any way I’d be able to try everything in one session. I don’t even know if I’d have the stomach, or liver, to try all of them in one lifetime.

For my first time trying craft beers, I tried six different drinks – some of which were particularly daunting. 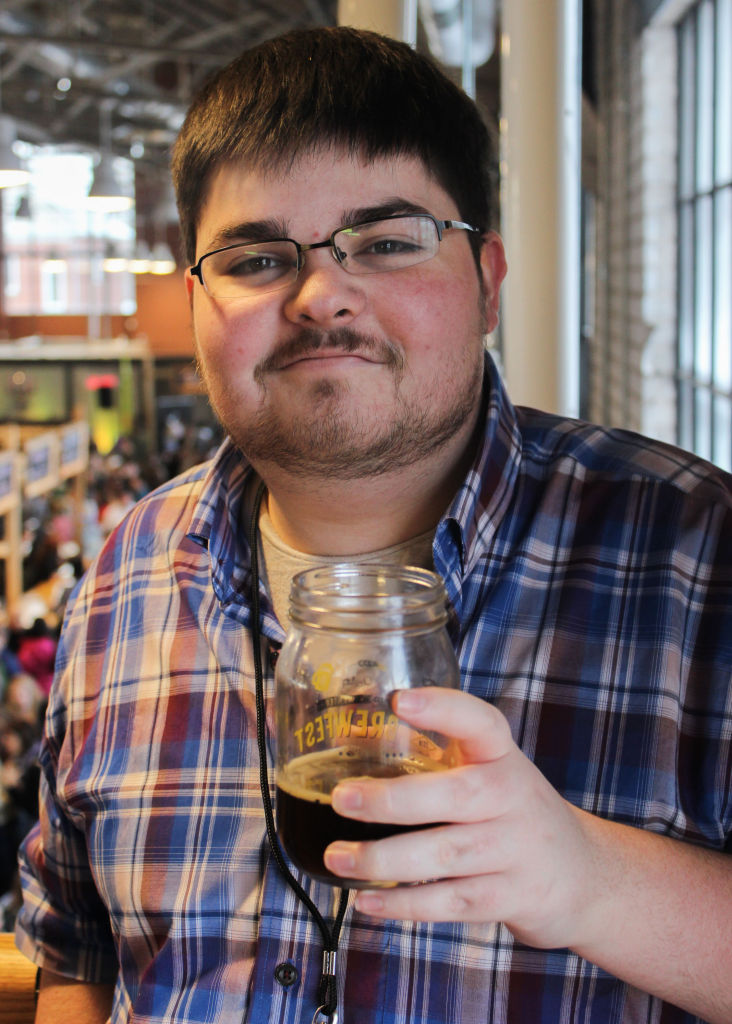 The daunting was definitely Cassel Brewery’s Sleeper Car, a double-chocolate porter which was the most adventurous offering I tried. Heck, the only chocolate beverage I drink is chocolate milk. The result was haunting to my taste buds – a rich combination of slightly burnt coffee beans and dark chocolate. I don’t particularly enjoy dark chocolate.

Because of this, it was a bit of a recipe for disaster that made me immediately say, “Oh, God.” I got three sips in of the 120-mL sample and had to give the rest to my experienced beer drinking colleague, Conor McCarthy. He came along to help me choose brews, as well as film my reactions.

Rutherford loves beer because of all the positive associations she has with it.

“(I love) drinking a cold one on the lake in the summer, going for a pint in the market after skating on the canal, getting excited for that first patio pitcher with friends,” says Rutherford. “It’s just a fun part of socializing.”

I had trouble finding a beer I loved at the festival. I think my favourite drink was the Coca Cola I had in between drinks, which gave me enough time to sober up. It likely stopped my drunk self from falling flat on my face. I was likely too buzzed to notice if there was anyone else as drunk as me.

“I also enjoyed a beer from Gainsbourg called the Orange Tie-Wrap, which was very refreshing,” Cybulski says in an e-mail.

A brew that I sampled from Gatineau’s Gainsbourg brewery was their Cote Ouest IPA. The brew had a pleasant look but a bitter taste, which seems to have been my main comment on most of the brews. I finished it in three sips, hoping against hope it might taste less bitter by chugging it.

Cybulski also had some thoughts on what she looks for when trying specific brews. She says she likes “nice sweet tones mixed with some hoppiness for complexity” in amber brews.

“In terms of wheat beer, I usually enjoy them when I want an easy drinking beer,” says Cybulski. “They tend to be less complex in terms of depth but offer nice, crisp flavour.”

“When summer rolls around I favour the lighter tasting beers,” says Rutherford. “Pink Fuzz by Beyond the Pale is great for the light, fruity flavour.”

The Pink Fuzz was the first brew I tried. I liked the name of it. While it did have a taste of grapefruit and smelled good, it was surprisingly bitter. It also had a tree barky aftertaste, which might have been because of the wheat. But the last time I checked – grapefruit didn’t taste like tree bark.

One of the most interesting brews I tried was the Gose – a German sour wheat beer from Les Trois Mousquetaires. It also had the lowest alcohol content at 3.8 per cent. Given the name, it was intensely sour.

The second taste was pleasant – but it started to get strange after the first two sips, where the consistency of it started to become disgustingly sour. It’s an acquired taste because I couldn’t imagine having a whole bottle, I only had the four-ounce sample, because it tasted like it was brewed with sour grapes or sour Skittles.

Cybulski enjoys craft beer after getting into them with veteran brewery Unibroue.

“I enjoy them because most of them have a far better depth of flavour and complexity than your generic beers,” says Cybulski. “I also like that we’re supporting local, smaller businesses compared to big companies.”

While there weren’t many brewers themselves at the festival, the atmosphere was inviting, as there was a sold-out crowd. Even though the lines for the beverages weren’t so clear, I still came home smelling like a brewery.

I liked a tree tea white beer called Infusée from Quebec’s Brasseurs du Monde brewery, which was strange since I don’t like tea. The brew had a unique flavour – almost like juice, and the taste of summer was welcome on a day that was near -30 degrees Celsius. The weather was a reason I didn’t venture out to their outdoor offerings – I wasn’t brave enough for that.

By me not liking the other offerings, that was my favourite.

I saved the festival’s strongest beer for the end, Bilboquet’s MacKroken Flower, a wild flower honey scotch ale which had an alcohol content of 10.8 per cent. I thought the taste was overwhelming – with hints of burnt chocolate and bark. It was like the Sleeper Car and Pink Fuzz joined forces and were back with a vengeance.

Before the festival, I had only ever had generic beers like Coors Light, Alexander Keith’s and Heineken. And the only experience I ever had with brewing was watching the comedy film “Beerfest.”

The festival showed me there was a wide variety of beers to experience, and listening to people talk about the beers, I could tell there’s a lot of passion in the craft brew community.

“I honestly just love beer,” says Cybulski in an e-mail. “I’m not a wine (or) mixed drink kind-of lady. Being able to have something more upscale in terms of beer – which I actually like – is fantastic.”