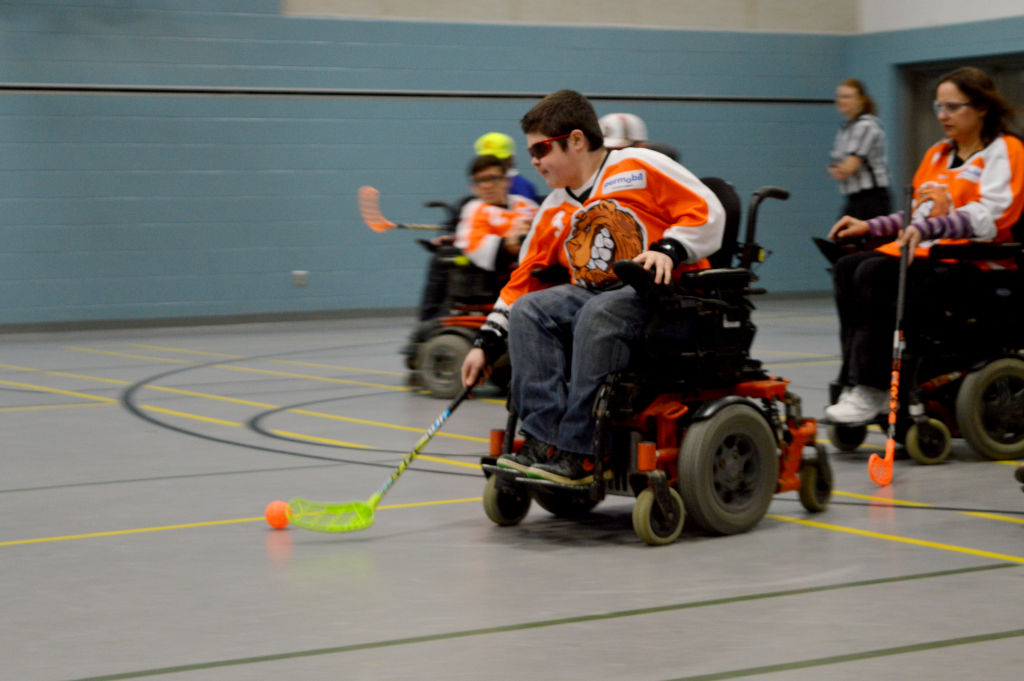 Power-forward, Johnson Wilson, 17, seen breaking away from the pack.
Photo by: Michael Miller

People always ask, “what’s more Canadian than hockey?” I say, being part of a team.

The Ottawa Power Wheelchair Hockey League provides persons with disabilities an opportunity to be a teammate. Creating friendships and learning through sportsmanship and discipline builds skills that transfer to all areas of life.

“I’ve gained a lot of self-confidence, I think,” says third-year player, Johnson Wilson. “It’s something I thought I’d never be able to do.”

The OPWHL has few restrictions as far as getting you out on the floorboards with a stick in your hand. Weekly games held at the Greenboro Community Centre see four-teams (the Gators, Wolves, Bears and Sharks), face off in games consisting of three, 20-minute-periods.

The players, who facilitate and host the games mostly on their own, have formed a community where age, ability and all else is forgotten in the name of fun. 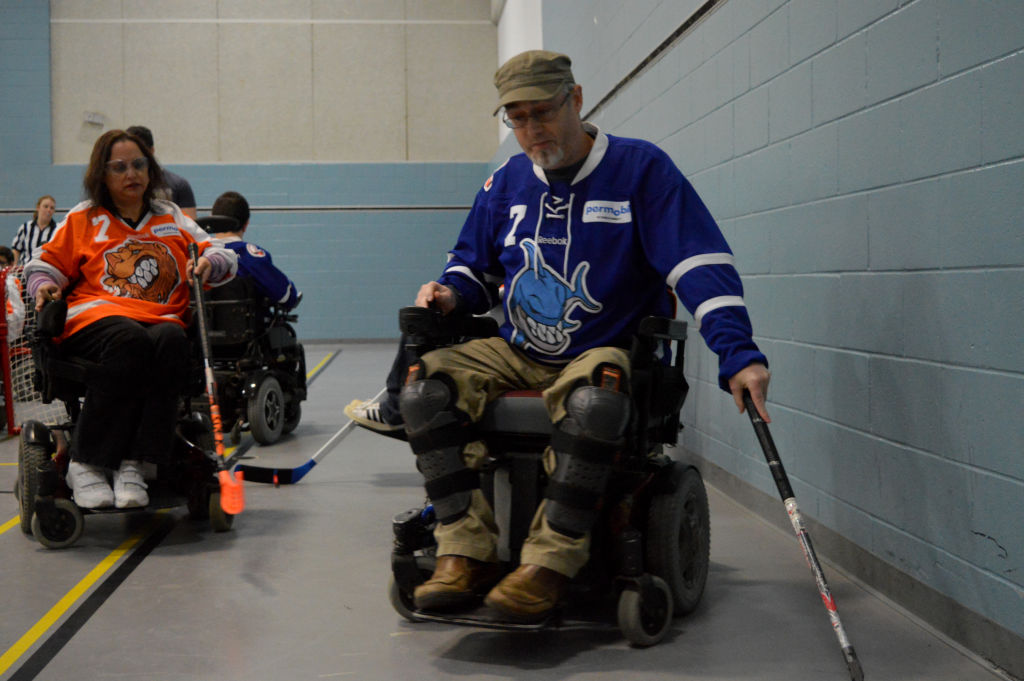 “I know this is one sport that offers inclusion no matter how severe your disabilities are,” says OPWHL chairman, Donna Haycock. “I mean, you can be on a ventilator and still participate, there are definitely options available.”

OPWHL communications director, Tammy Culhane brims with joy as she explains how wonderful an opportunity it is to collaborate with a team.

“The most important thing is the friendships that I’ve made,” says Culhane. “Our coach gets each of us out there and makes us better.”

Director of recruitment, Hollis Peirce, a defenceman by trade and a leader by designation, wouldn’t have let his move from Calgary at age 11 stop him from doing what he loved. “I wanted to keep playing,” says Peirce, a graduate of the History program at Carleton University. “There’s definitely a really social and competitive aspect to the league, here.”

In hopes of getting the word out to more people, the league is hosting its annual Celebrity Game at Carleton University on March 5. Sport and media personalities are supplied with a wheelchair to play in an exhibition game against league players. 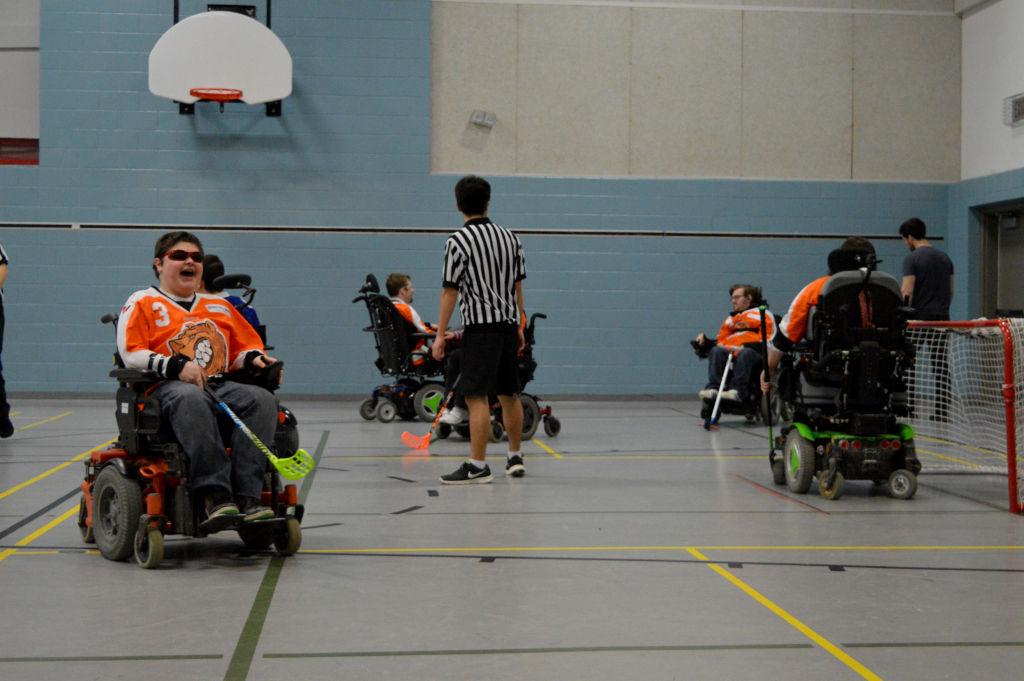 “There will be some RedBlacks coming, some Carleton Ravens players and Mayor Watson will be there for the ceremonial puck drop,” says Haycock.

Training is soon to begin for the start of next year for many players, with the end of the season coming up. This leaves a five-month off-season sure to be spent waiting anxiously for September and the chance to peel on a jersey and let the puck drop on another good old game of hockey.